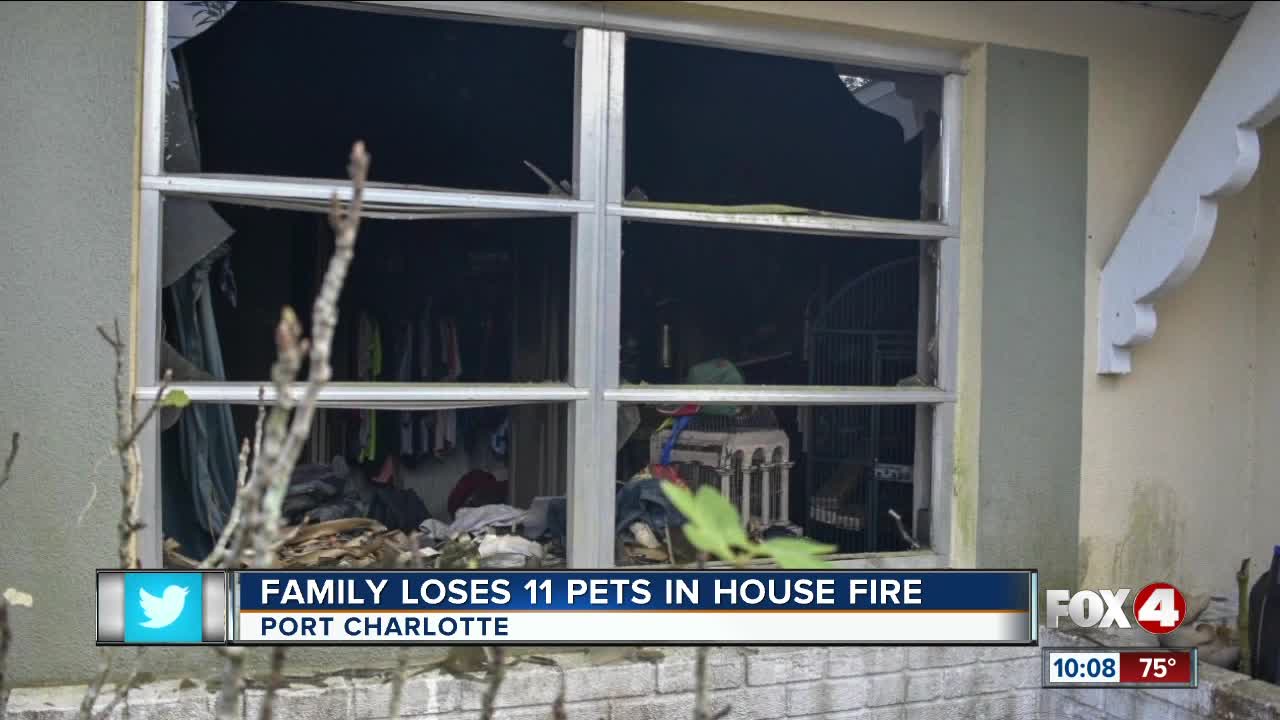 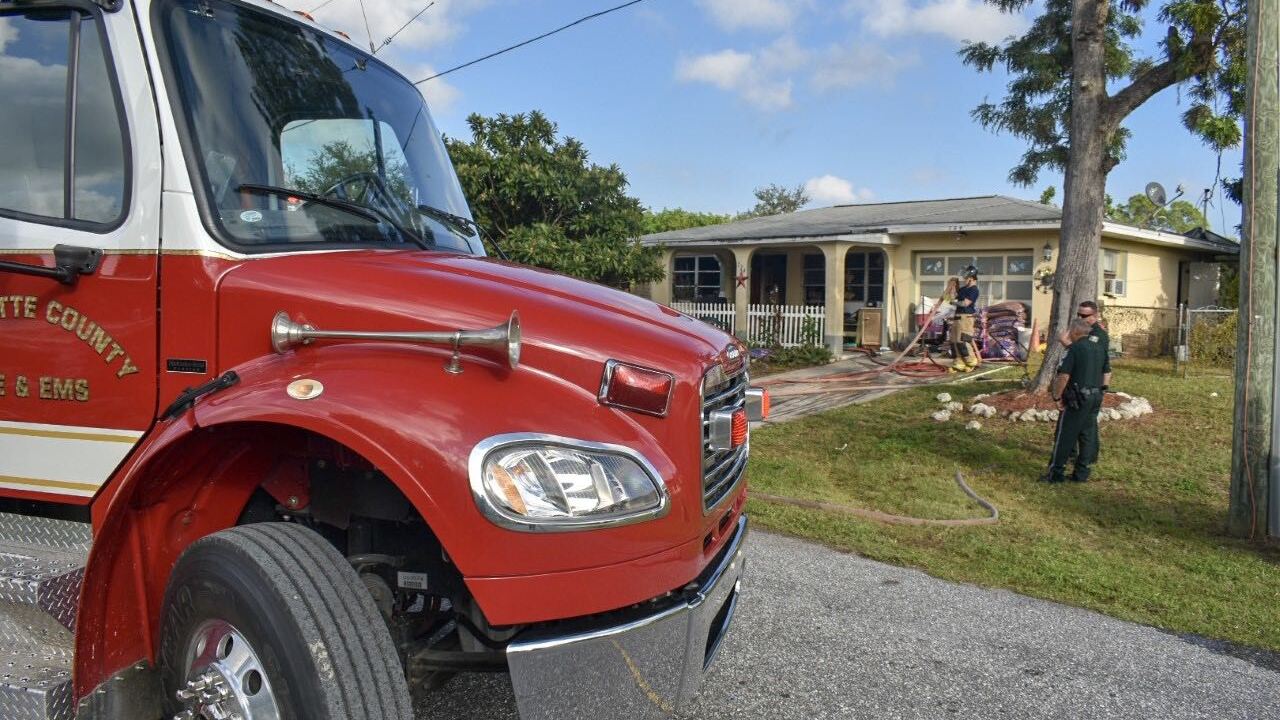 PORT CHARLOTTE, Fla. -- A family is safe in Port Charlotte after a fire severely damaged their home, but sadly they lost their pets.

Nine units responded to the fire and quickly extinguished the flames in the attic, which caused heavy smoke damage throughout the home.

No residents were home when the fire broke out, but their pets were and they didn't survive. According to Charlotte County Fire and EMS, the family lost three dogs, six puppies, a kitten, and a chinchilla.

Firefighters say an electric wire sparked the fire, which climbed into the attic.