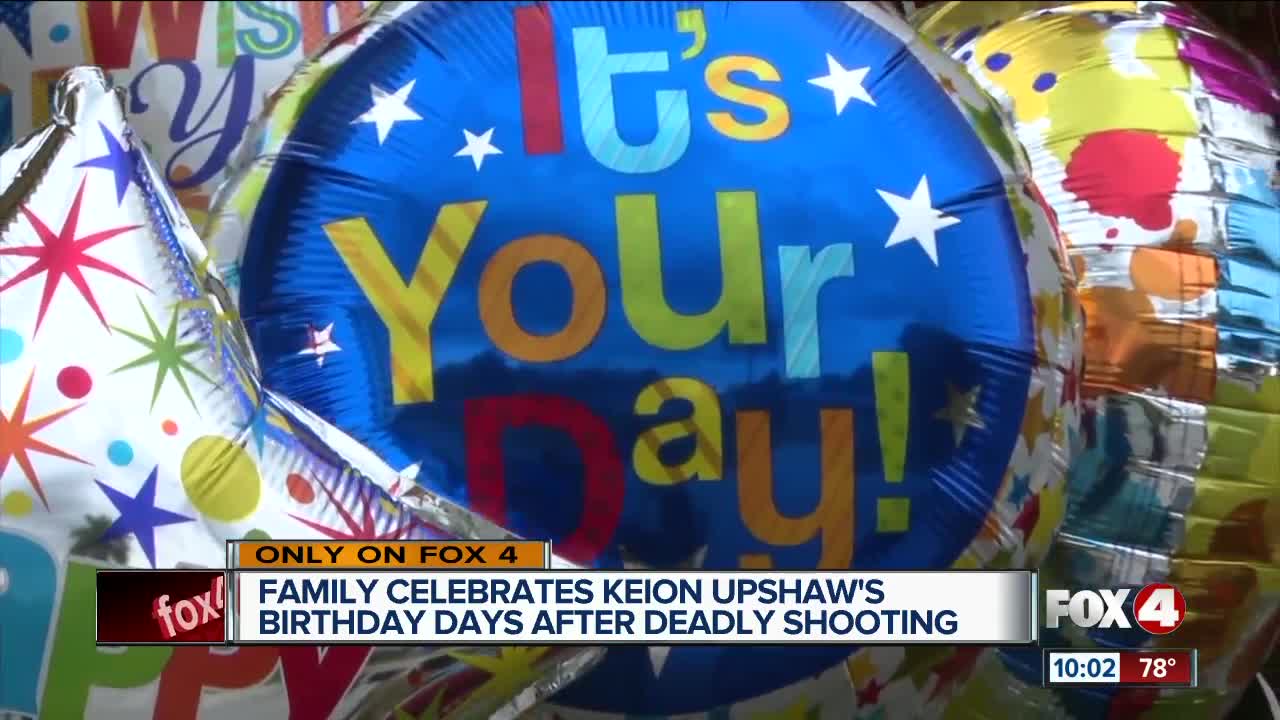 The family of Keion Upshaw celebrated his birthday Monday with a balloon release. The 23-year-old was killed just days before his birthday, in a Fort Myers drive-by shooting. 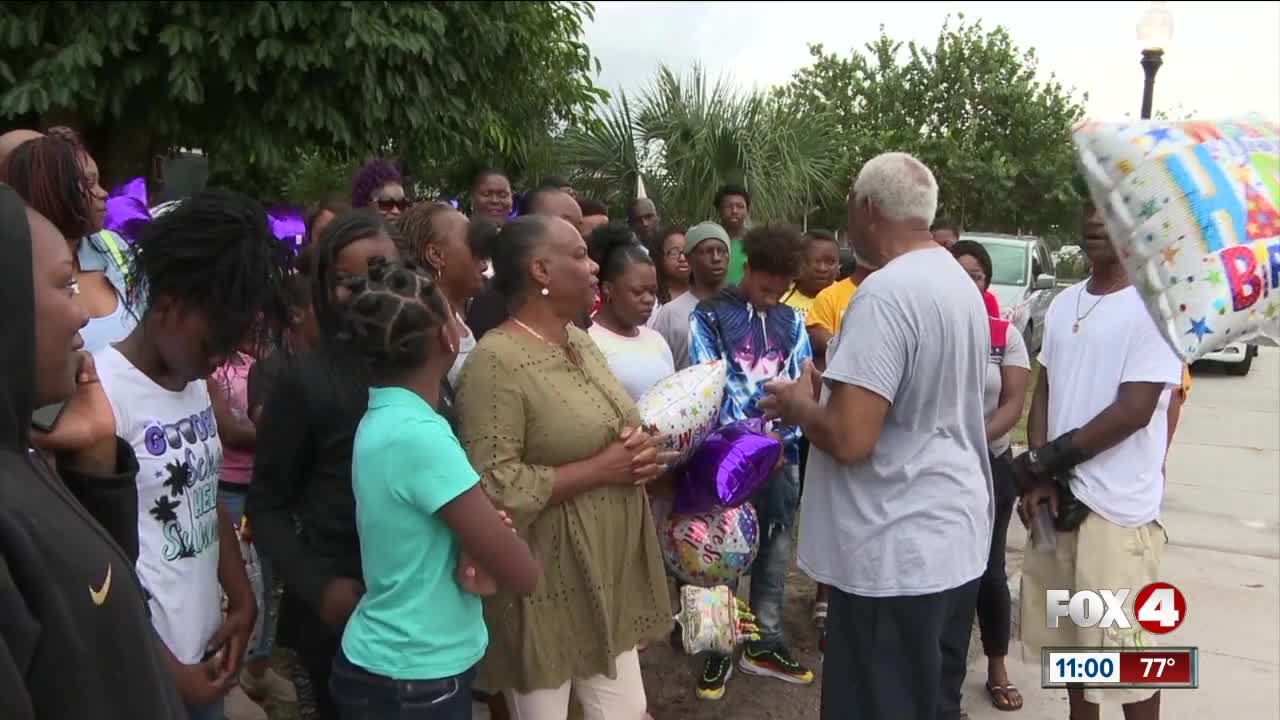 The family and friends of Keion Upshaw celebrated his life with a balloon release Monday night.

"We was gonna have him a party of stuff but we didn't want to have it in this way," said Upshaw's stepfather, Alex Muzon.

Upshaw was killed in a drive by shooting Saturday, Just days before his 24th birthday.

"I heard the shots, I thought it was firecrackers. I didn't know someone was shooting at him," said Muzon.

Fort Myers Police say it happened outside of his home near the corner of Gardenia and Michigan avenues, in broad daylight.

Officers want you to be on the lookout for a silver SUV, they say it looks most like a Nissan Kicks crossover.

According to them, whoever is responsible for the shooting was riding in that kind of vehicle.

They've also expanded their search to the parking lot of a local barbershop near the intersection of Michigan and Palmetto avenues.

In the meantime, Upshaw's family has been left to grapple with the loss.

"He wasn't a bad person, he didn't do nothing. He just...They took his life for no reason. I don't know why," said Muzon.

They're begging his killer(s) to turn themselves in and bring them some closure.