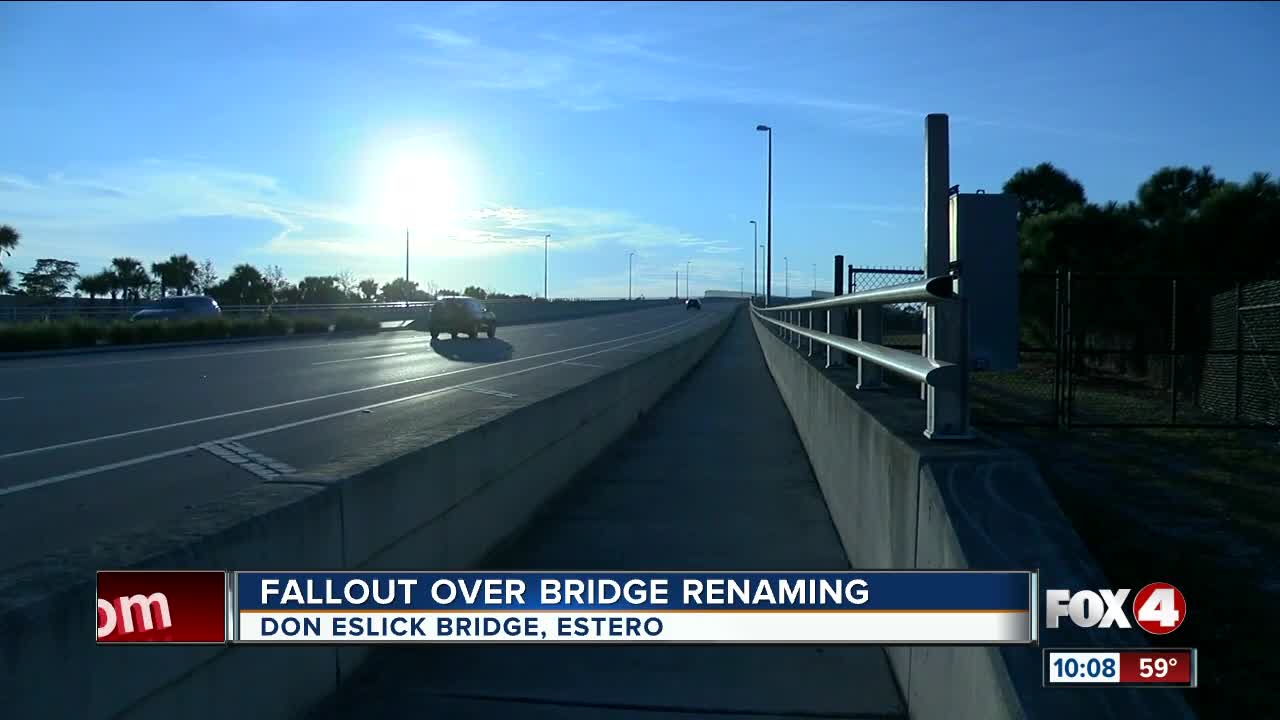 Village of Estero leaders say they were caught off guard by a decision by the Lee County Commission to remove the name of Don Eslick from an I-75 overpass. 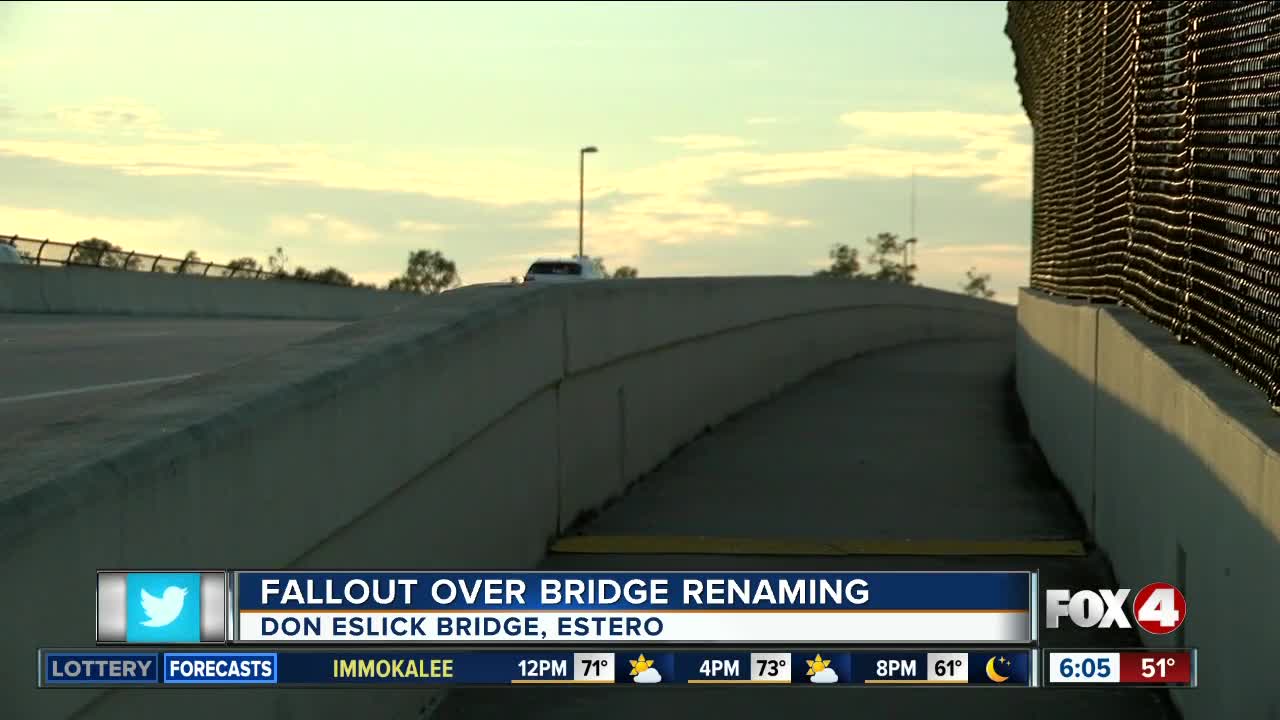 ESTERO, Fla. - Village of Estero leaders say they were caught off guard by a decision by the Lee County Commission to remove the name of Don Eslick from an I-75 overpass.

The bridge, known as the Estero Parkway was named after Eslick in 2012.

"As a continuing community activist, I don't know how many people, when I first met them said hey, I've seen you I've been over your bridge,” said Eslick, who has been credited by many for helping plan and develop the village before it was incorporated.

“Some Estero residents in the past had asked about naming the bridge in the past, because it is in Estero, but it’s not in the village of Estero. The bridge is a county bridge paid for by public tax dollars,” Pendergrass said during the meeting.

Eslick says Commissioner Pendergrass has other motives for pushing the name change. "My guess is it's probably political, I supported his opponent this last election.”

Estero Mayor Jim Boesch says he’s upset commissioners passed this motion within minutes of bringing it up, without any input from the public. “I can tell you that on my phone I have hundreds of people supporting leaving that name on the bridge."

Boesch says many of those people will fill county commission chambers Tuesday morning asking commissioners to put Don’s name back on the bridge.

"I don’t know where this whole thing came out, it just doesn’t make sense, and the only sensible thing is to rescind this.”

4 In Your Corner called Commissioner Pendergrass to clarify his reasons for taking Eslick’s name off the bridge, but we did not hear back