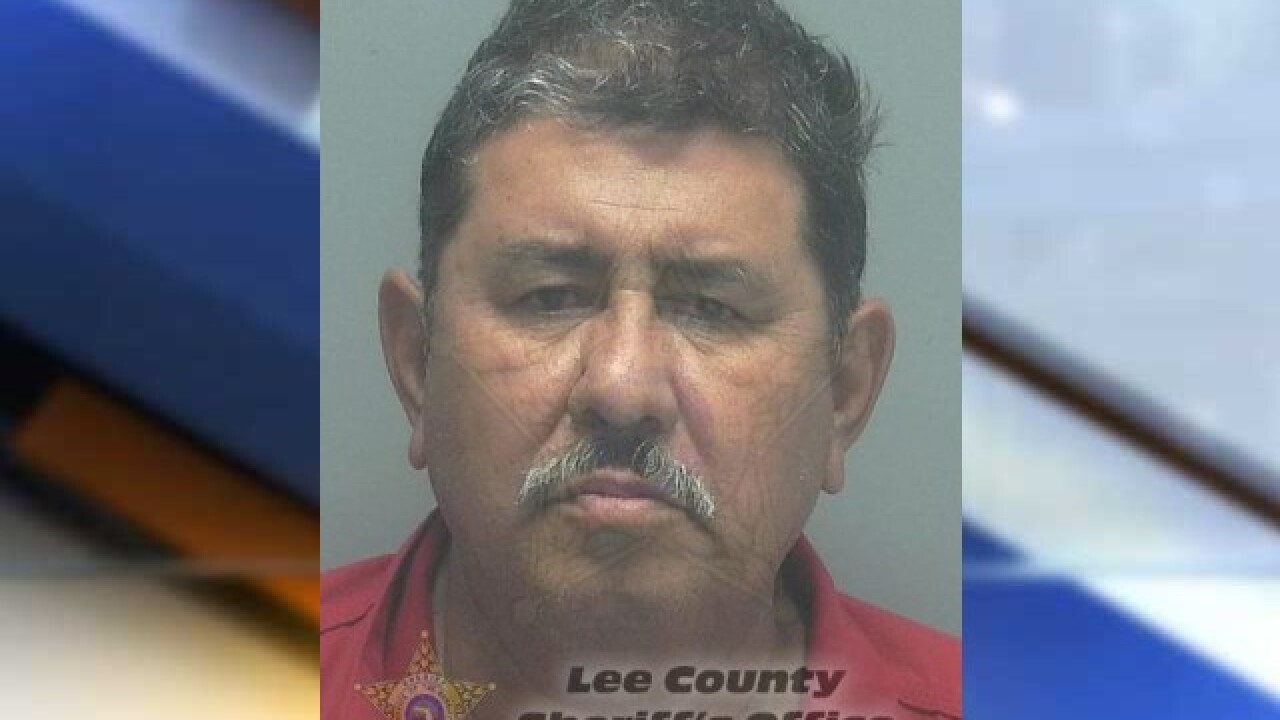 According to Florida Highway Patrol, around 7 p.m., Cortez was driving eastbound on Palm Beach Boulevard/S.R. 80 when an SUV pulled out from a shopping center parking lot, going eastbound in front of Cortez.

Troopers say Cortez's pickup truck crashed into the rear of the SUV, pushing it into two vehicles stopped for traffic on S.R. 80.

Cortez sustained a minor injury and was arrested at the scene.