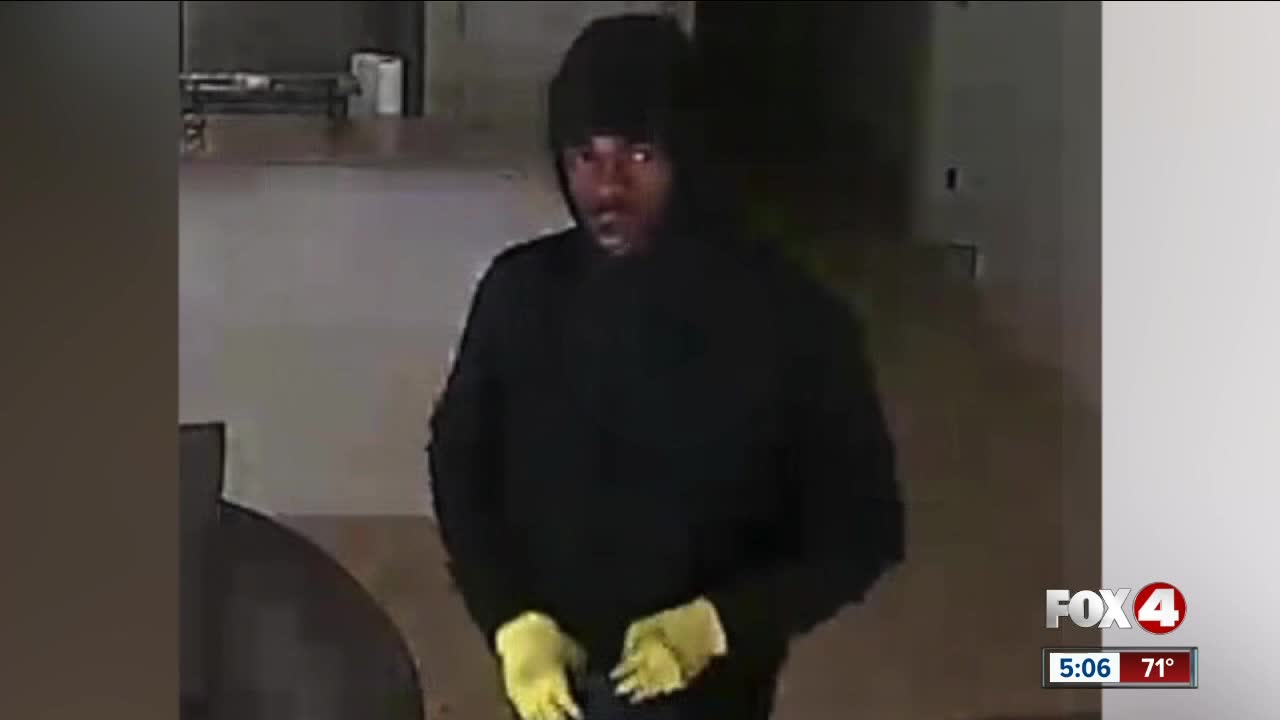 Deputies say two men allegedly broke into a Lehigh Acres home, stole a gun, and are still on the run. 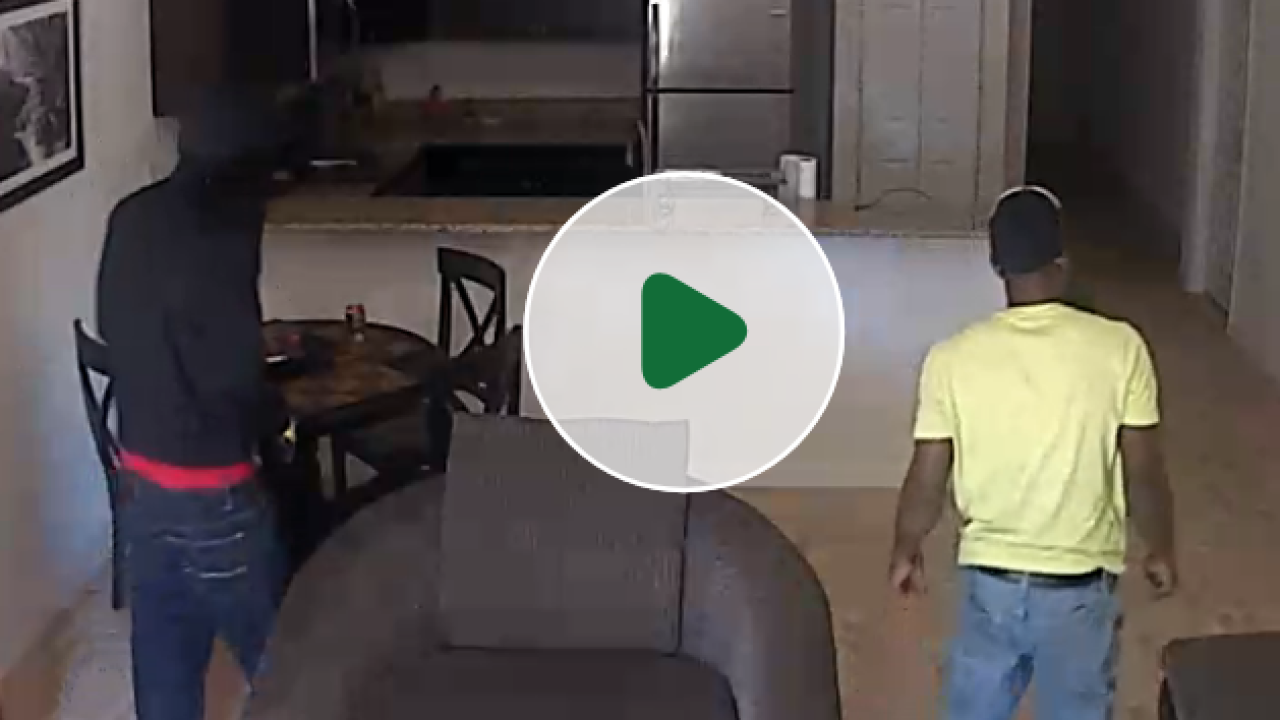 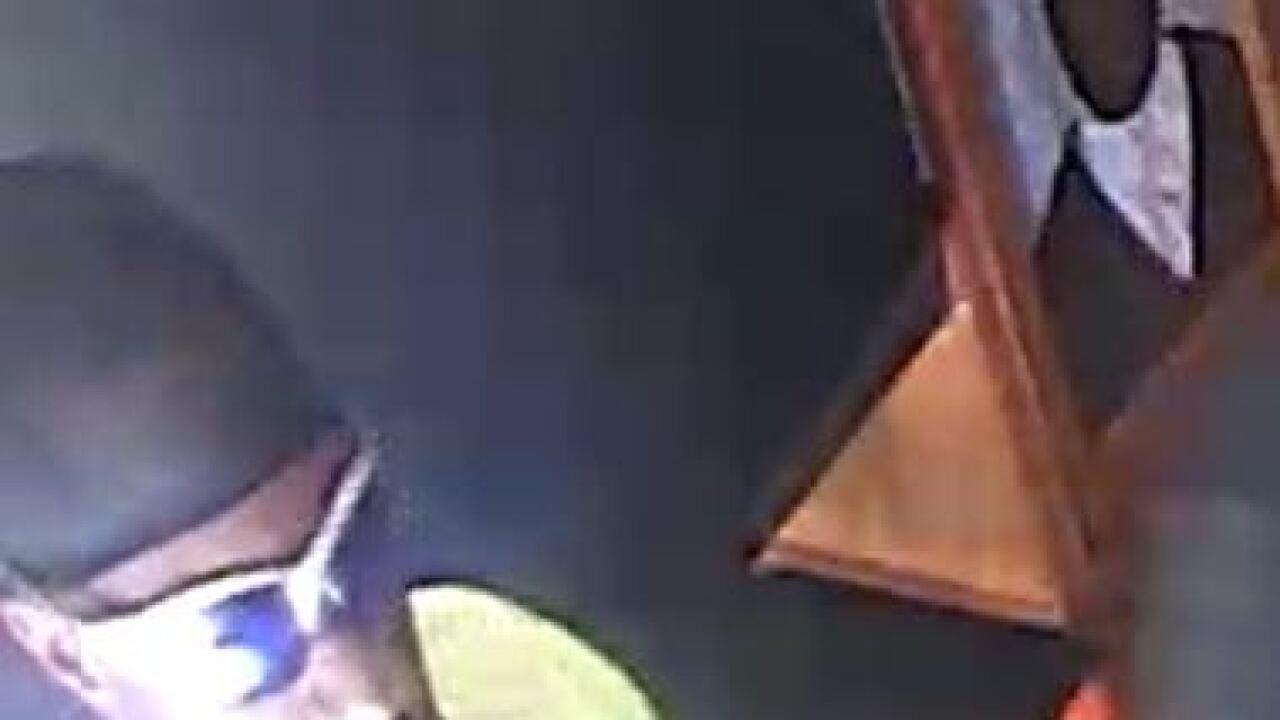 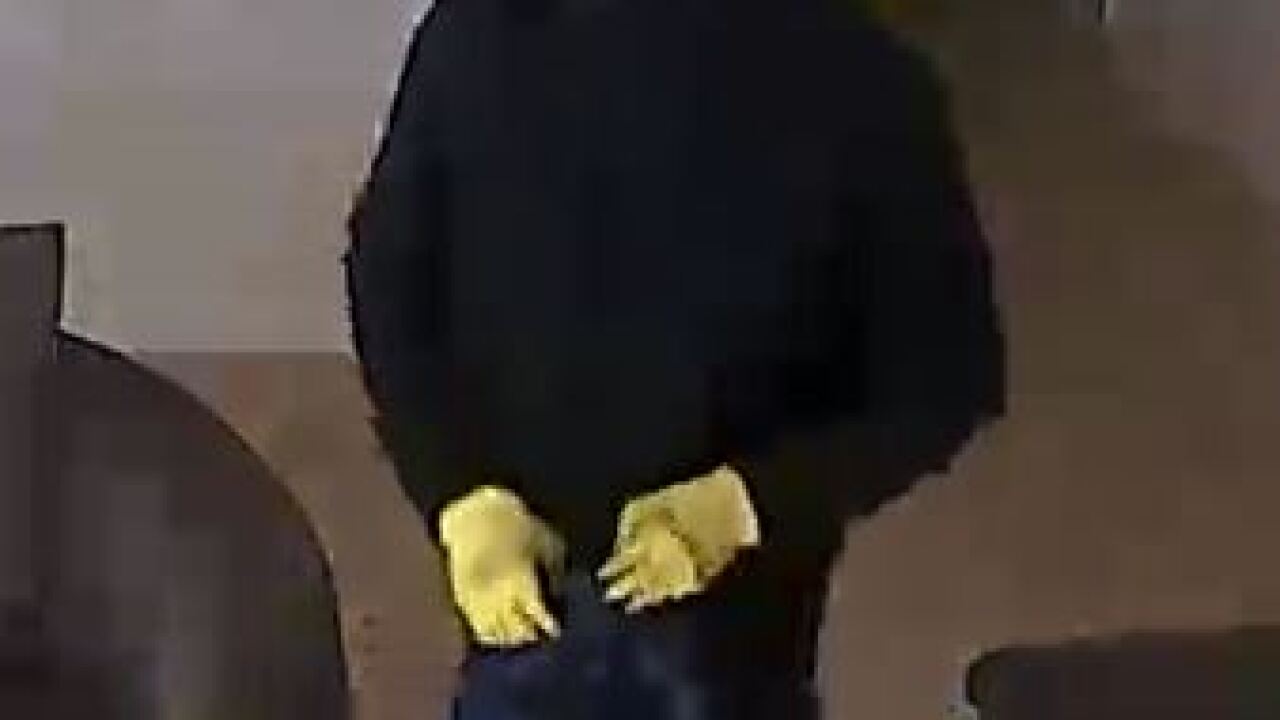 LEHIGH ACRES, Fla. — Lee County Sheriff’s Office said two men allegedly broke into a home on 28th St. SW Tuesday and stole a gun. Surveillance cameras from inside the home captured the suspects who LCSO said are still on the run.

Dorrell Walton lives on 28th and was shocked when Fox 4 showed him surveillance photos of the two suspects. He said hearing about the stolen gun put him on edge.

“That means these guys are somewhat dangerous criminals,” he said. “Definitely for me, I’m going to tighten up on security for the sake of my family.”

Deputies said the two men allegedly got into the house by using a rear sliding door.

Cameras inside the home captured one suspect looking directly into the camera, apparently stuffing more items into a backpack. He’s wearing a black hoodie and rubber dish gloves. Surveillance photos show the other suspect wearing sunglasses and a yellow shirt.

It’s unclear just how much stuff suspects got away with, but Walton said that’s not as important as protecting loved ones.

“It’s not so much about the material thing, but life is number one for me,” he said.

He already has a Safeguard alarm system to alert the sheriff’s office if there’s a break-in. But now, Walton said he’s going to secure windows, doors - whatever he has to do to keep his wife and kids safe. Other neighbors have done the same to protect their homes too, with Ring door bells and security cameras.

Anyone who recognizes the suspects or has any information can call SWFL Crime Stoppers at 1-800-780-TIPS. You can remain anonymous and could get a cash reward.