Deputies arrest man who barricaded himself in his Harbour Heights home 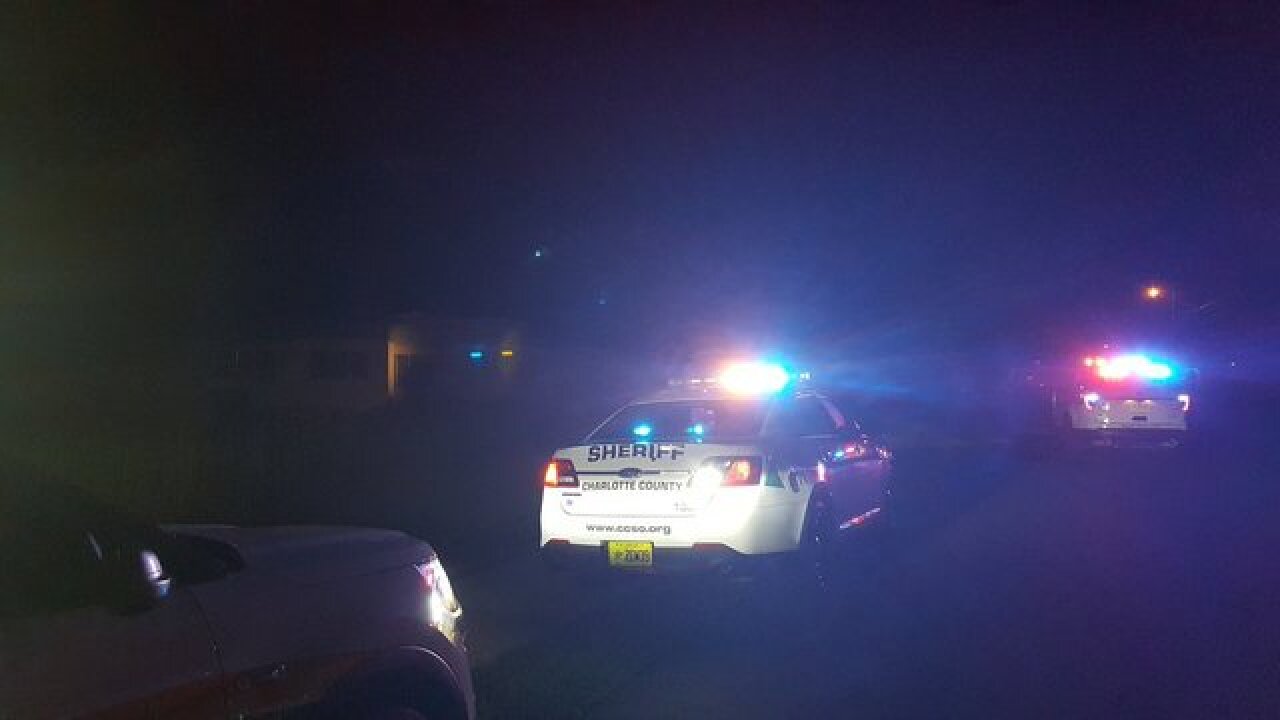 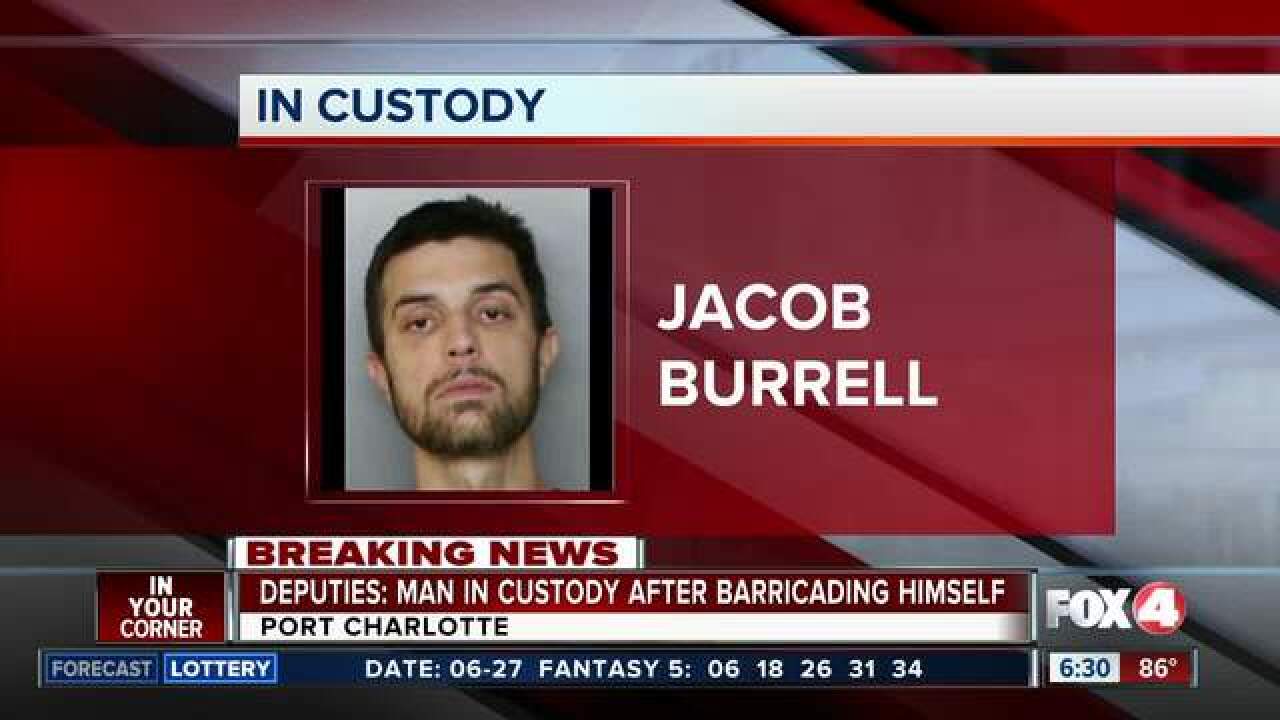 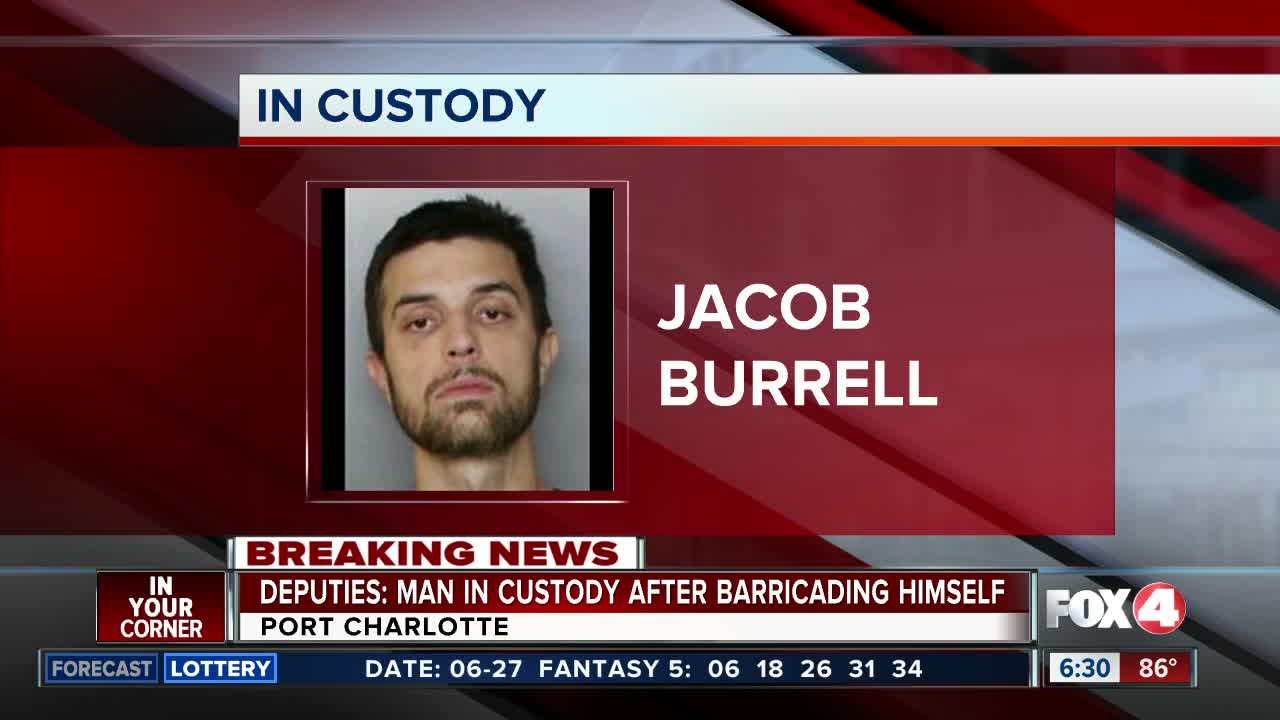 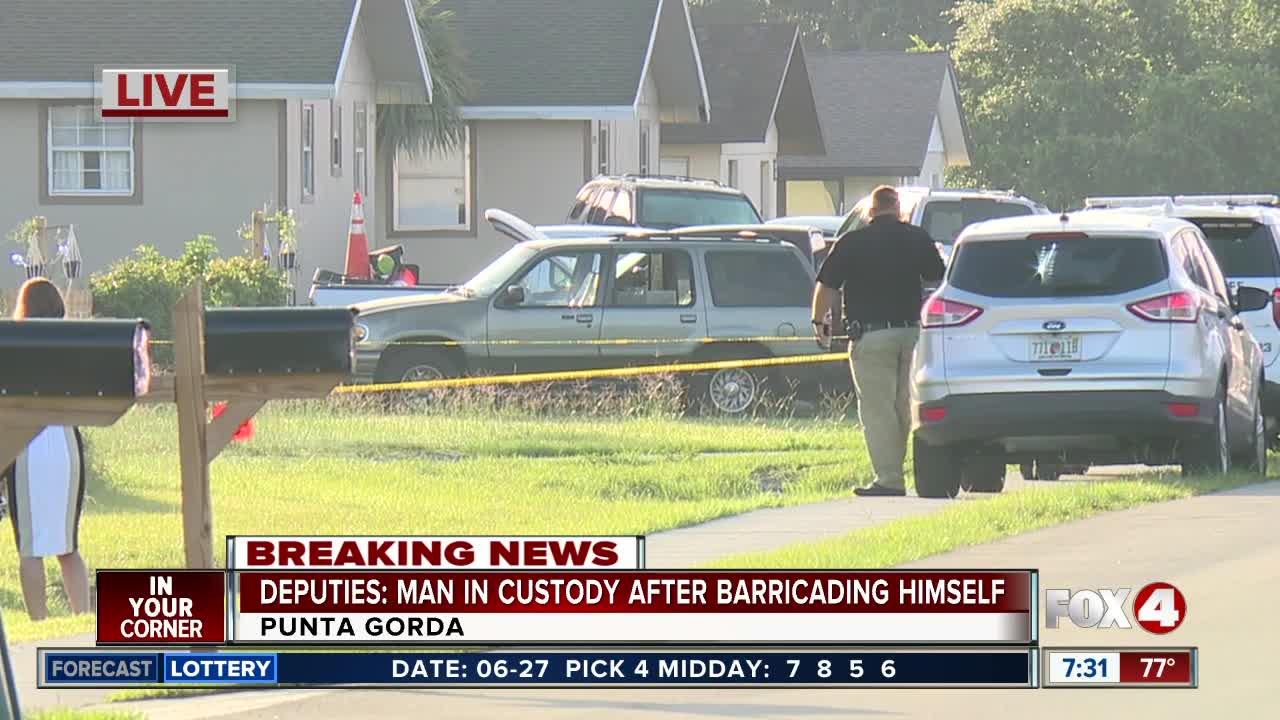 Charlotte County Sheriff's Office deputies have arrested a man who barricaded himself inside his home early Thursday morning.

Deputies say Jacob Burrell was arrested Thursday morning after he locked himself inside his home in the 27000 block of Sunnybrook Road in Harbor Heights.

They say it started when he got into in fight with an uncle, and the family called police.

When a deputy arrived, Burrell reportedly came out of the home with a hammer.  The deputy fired a taser at the suspect but missed.  That's when the suspect dropped the hammer and ran into the home, where he barricaded himself inside.

Charlotte County Sheriff's say Burrell didn't have any weapons, but they waited until just after 6:00 a.m. to arrest him for safety reasons.

He is now facing charges of Aggravated Assault on a Law Enforcement Officer and Resisting Arrest.

Deputies also say Burrell was wanted on charges stemming from a domestic disturbance and burglary.

We spoke to Burrell's wife who says she thinks her husband was having a mental breakdown.

We will continue to update this story as we get more details.