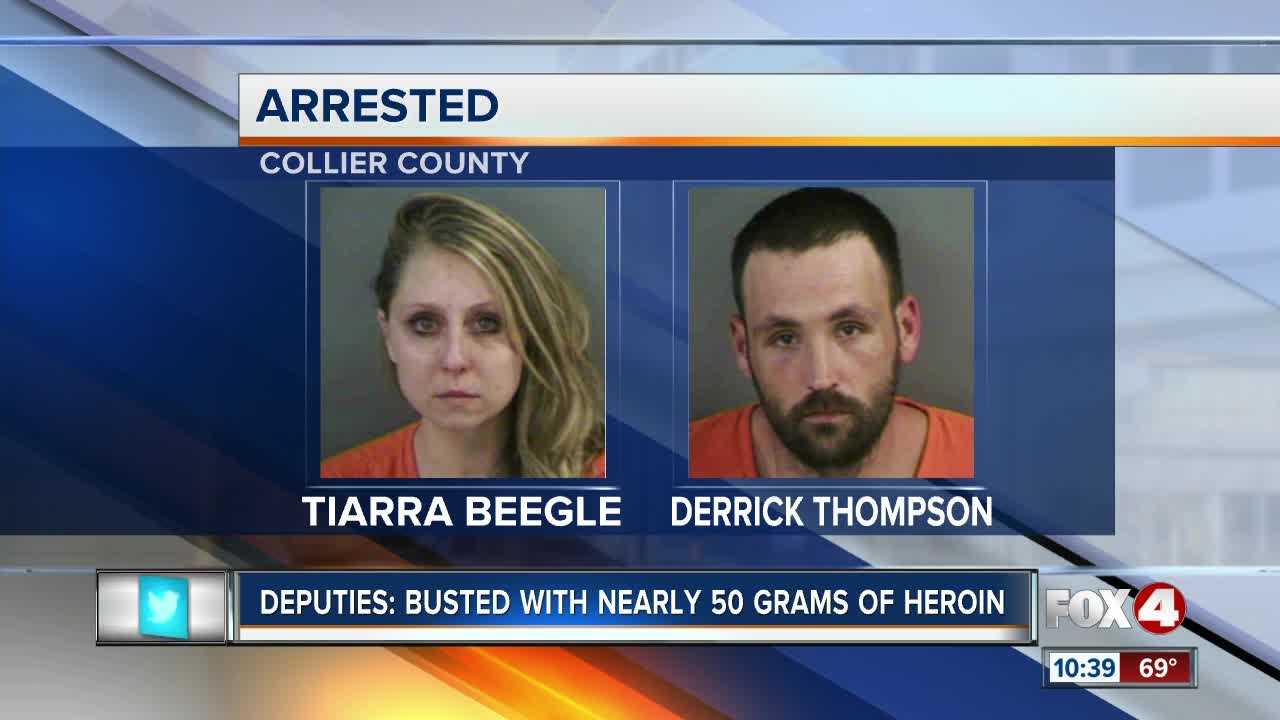 Deputies find nearly 50 grams of heroin on man and woman.

They arrested Tiarra Beegle and Derrick Thompson. The two were initially pulled over for an expired registration, but after some investigating, deputies said they found roughly 48 grams of heroin and 6 grams of cocaine in the car.