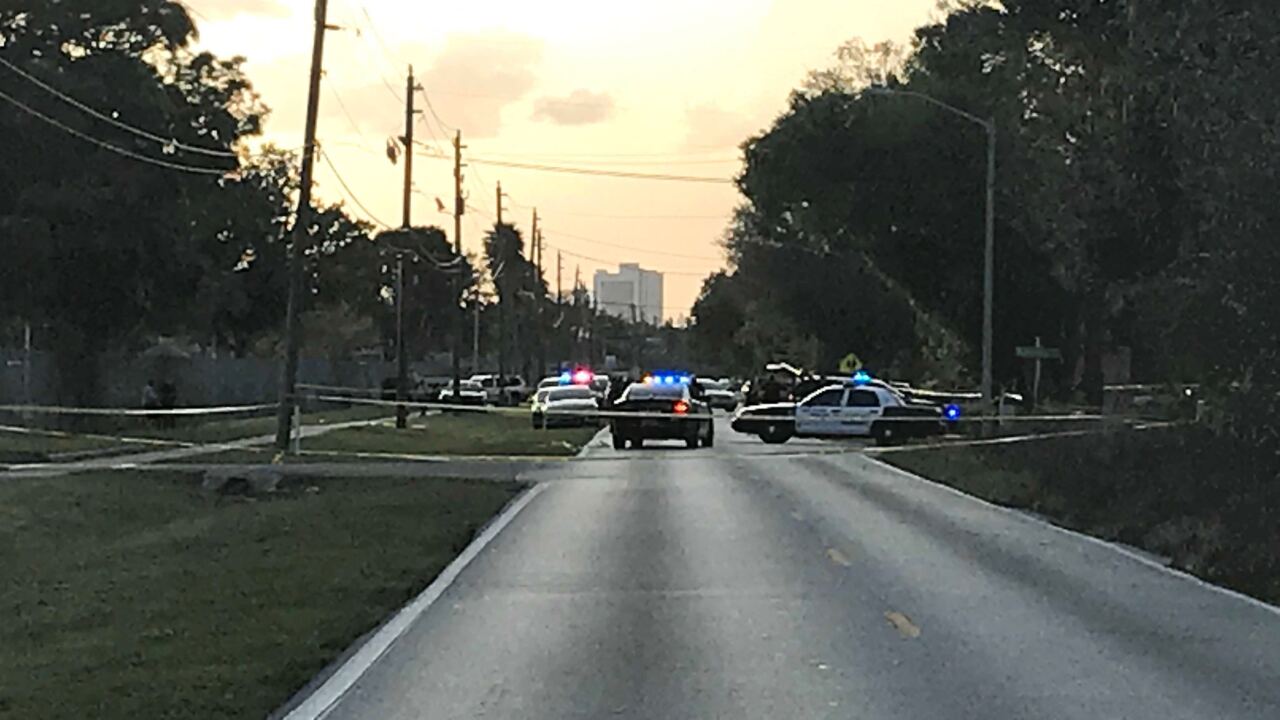 FORT MYERS, Fla. — The Fort Myers Police Department has blocked off Markland Avenue and Michigan Avenue with crime scene tape after a body was found in the area.

Police say they received a Shot Spotter alert at 4:35 p.m. Investigators say a male victim was found dead at the scene with gunshot wounds. Police say the victim's family has requested to invoke Marcy's Law, so his name will not be released at any point.

Police are searching for at least one male suspect who was last seen wearing dark clothing. At this time, police are advising drivers to avoid the area from Zapato Avenue to Diego Street on Michigan Avenue as they investigate the incident. Our Fox 4 team is working on learning more.