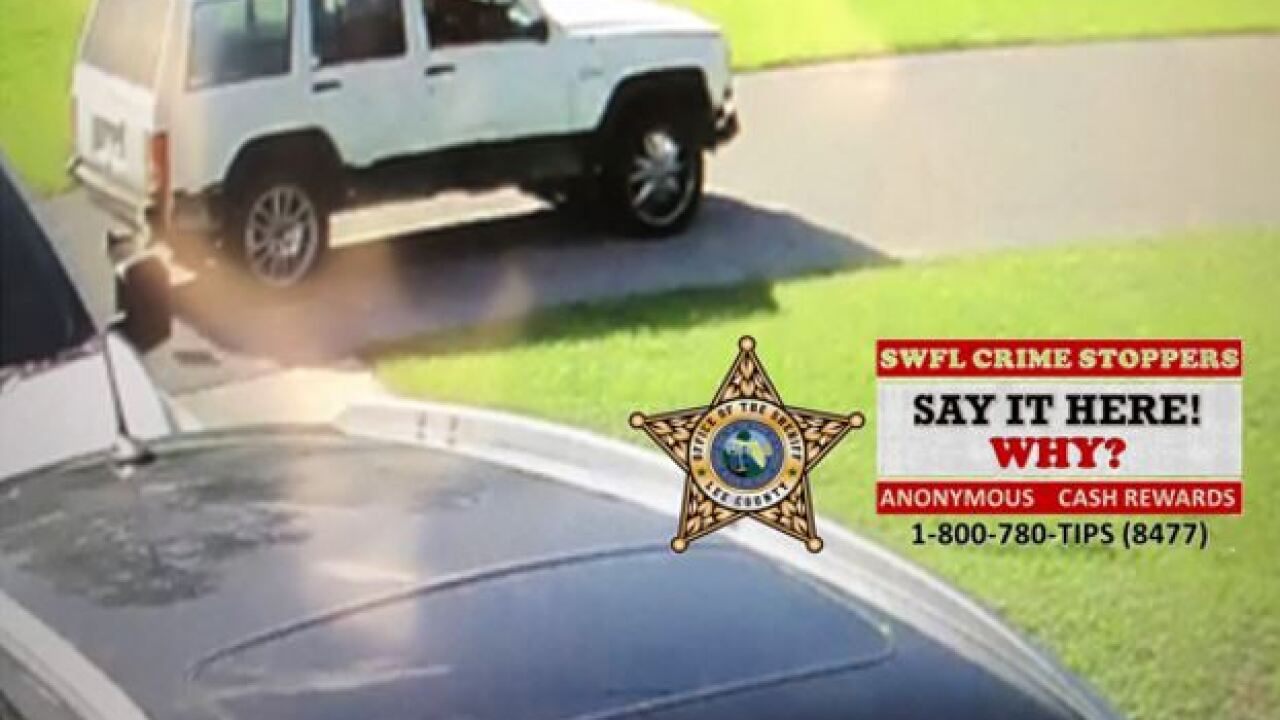 LEHIGH ACRES, Fla — UPDATE (9:20 AM) --A tip called into Crime Stoppers led them to a suspect named Bobby Bean, who is believed to be involved in this incident.

* Update 9/29 - A Crime Stoppers tip led to the ID of subject, Bobby Bean. Thank you to our ANONYMOUS tipster! ...

It happened on Tuesday at the RaceTrac on Lee Boulevard in Lehigh Acres.

Investigators say the woman saw a man in the area acting suspiciously near her car.

She says a man aggressively approached her and took her purse from her.

The man jumped into an older model white Jeep Grand Cherokee that was being driven by a female.

While leaving the scene, the driver of the Jeep hit another car in the parking lot and headed northbound on Alvin Avenue.

Investigators say the JeepJeep has rear-end and front damage on the passenger side.

The Jeep also has two different styles of rims on the passenger side.