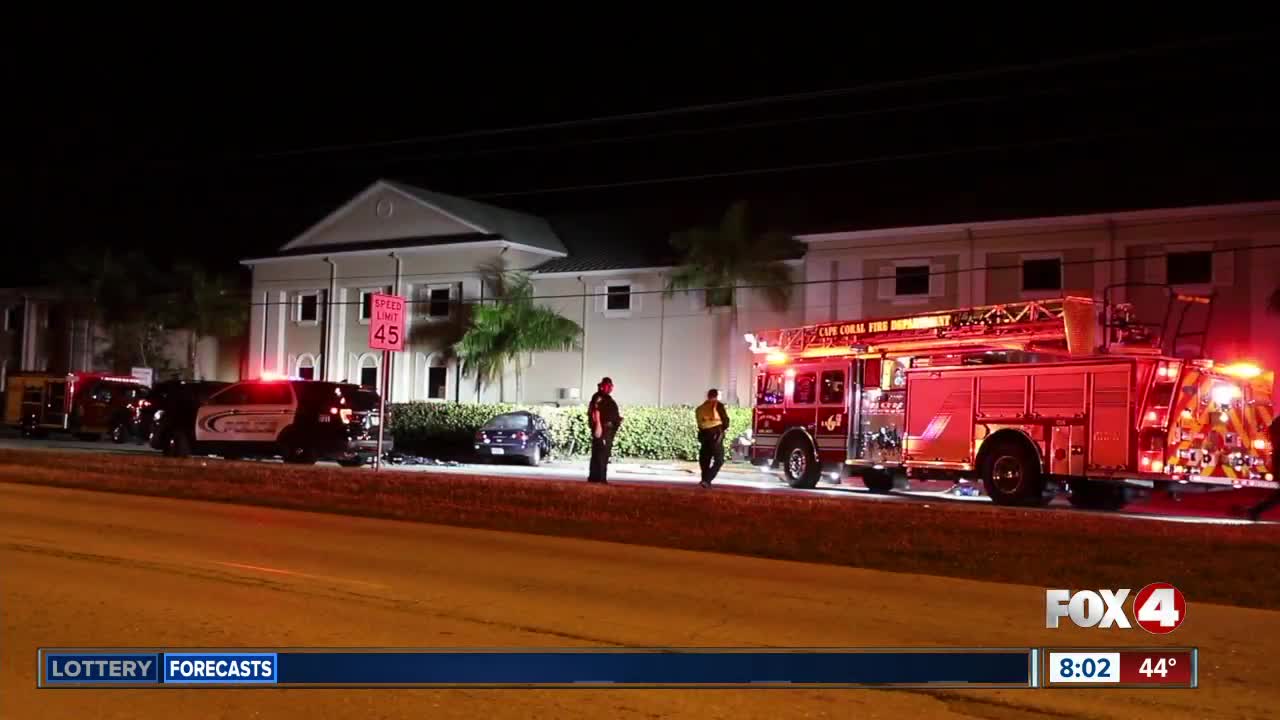 Cape Coral Police patrol officers responded to a two-vehicle traffic crash at the 3300 block of Chiquita Boulevard South. Due to the severity of the crash the roadway was shut down. 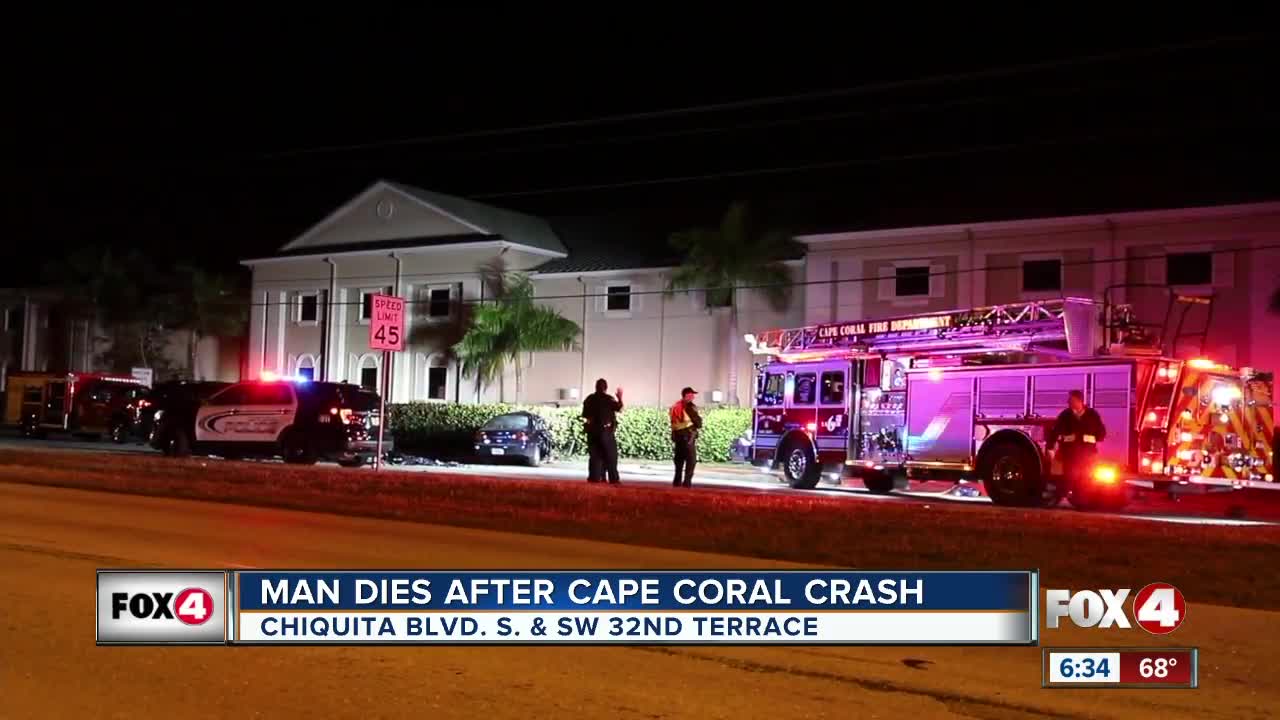 CAPE CORAL, Fla. -- Police say one driver passed away in a two-vehicle crash on Chiquita Boulevard on Wednesday night.

It happened just after 10 p.m. near the intersection with Gleason Parkway.

Police say 69-year-old Charles Yves was driving northbound on Chiquita when his car drifted into the center median and struck several construction signs and directional signs before entering the southbound lanes and crashing head-on into a southbound SUV.

Yves died in the crash. The SUV's driver was uninjured.

Investigators say drugs or alcohol played no role in the crash.