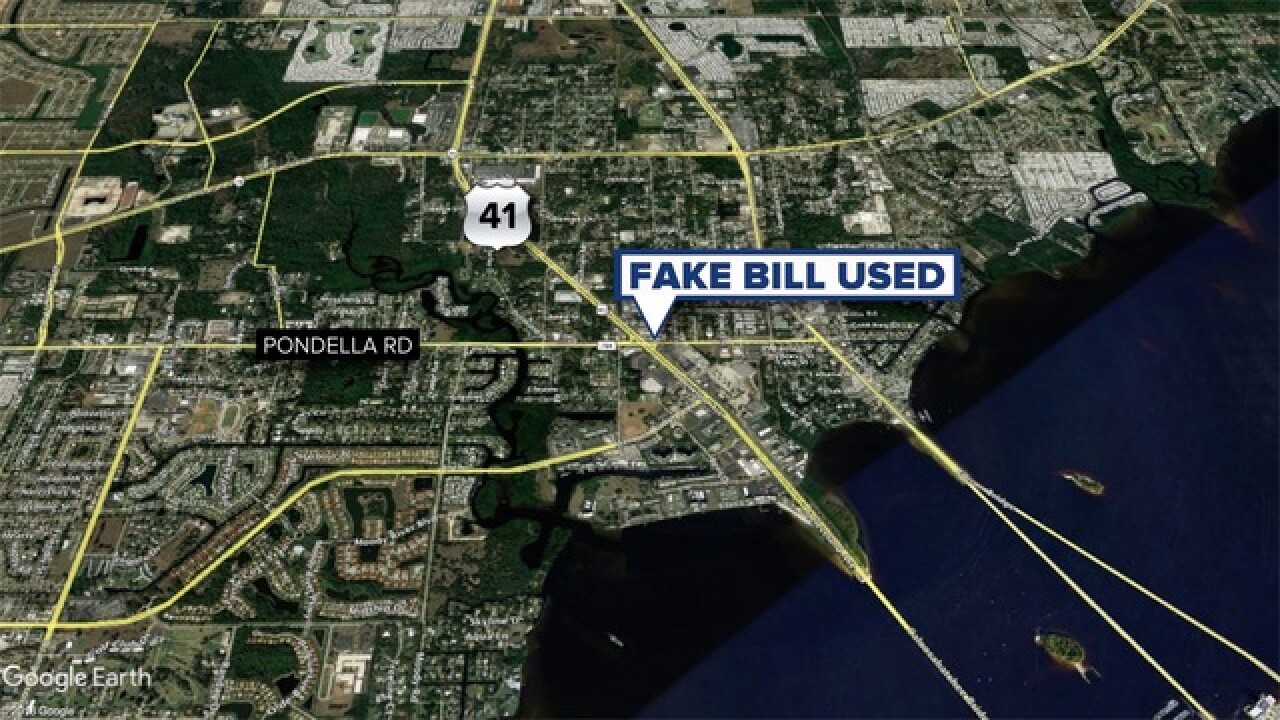 NORTH FORT MYERS, Fla.-- A man is accused of trying to buy lottery tickets with a counterfeit bill.

According to the Lee County Sheriff's Office incident report, a man walked into the Speedway gas station on North Cleveland Avenue in North Fort Myers.

An employee says she noticed the bill had a different texture than a normal bill. She then used a counterfeit marker test to confirm it was fake.

The employee told the man the bill was fake and he needed to use a different method to pay for the tickets. The man tried to get the counterfeit bill back from the employee, but she kept it.

No merchandise was taken or bought by the man. The man left the store and got into a white sedan.