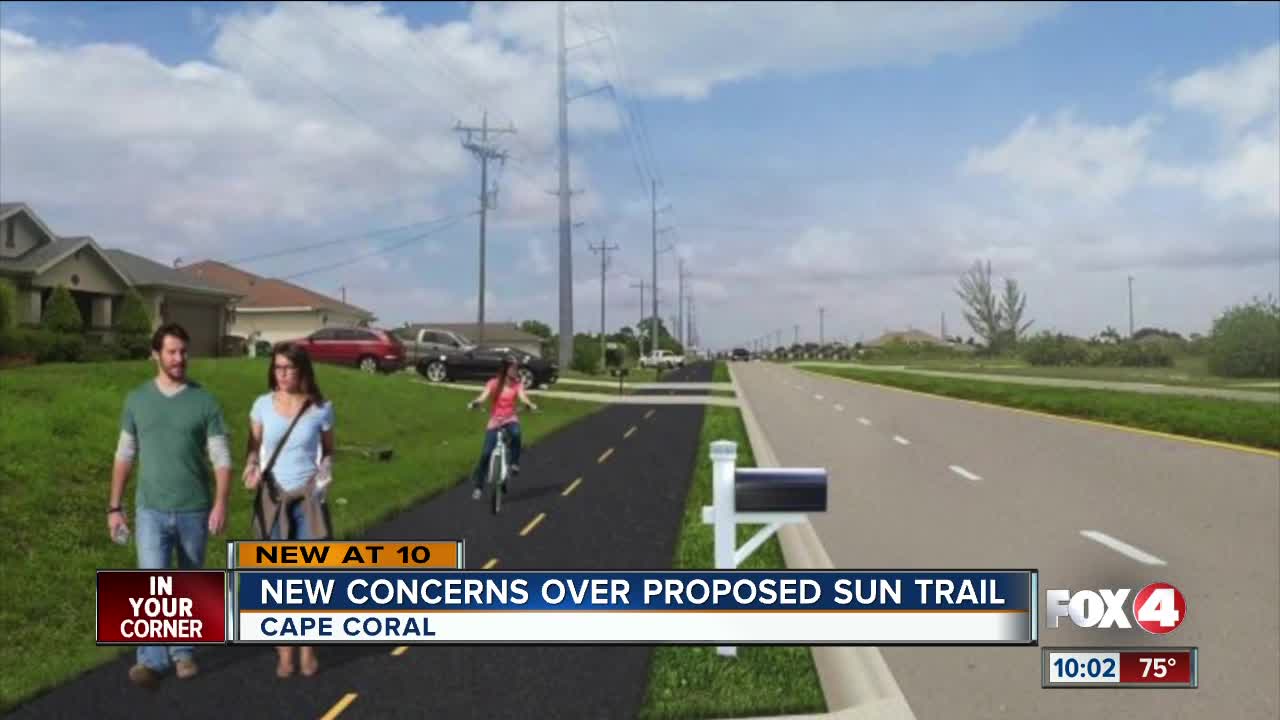 A proposed trial in Cape Coral has some people living in the area concerned about how it will impact their property.

CAPE CORAL, Fla. -- A proposed trail in Cape Coral has some people living in the area concerned about how it will impact their property.

It’s called the Florida Shared Use Non-Motorized Suntrail, a sidewalk and bike path for pedestrians.

“It’s going to go in four feet from here,” Shawna Lynch is measuring how much this proposed path will take from her existing front yard along Van Buren Parkway, taking up a total of 16 feet.

“Hopefully it won’t interfere with our trees, we did plant them far enough back,” said Shawna Lynch, Cape Coral.

But this area of her front yard actually isn’t her property; it belongs to the City of Cape Coral. “There is no taking of any property here, this entire project scope is contained in the existing right of way,” said John Szerlag, Cape Coral City Manager.

City officials believe the path will enhance the area and make it pedestrian-friendly.

The Suntrail will start at Burnt Store Road and connect with an existing path and go down Van Buren Parkway and end at Kismet Parkway and Del Prado Boulevard, totaling six and a half miles.

Fox 4 learned the project will cost more than $10 million. However, it's not tax dollars; it'll be funded using grant money.

Drainage is another concern but project leaders say that won’t be an issue. With a shortened driveway Shawna is concerned about parking when she has guests over.

“Normally they would park in the grass here, but we won’t even be able to do that, we’ll get a ticket,” said Lynch.

The city council made some recommendations for the project that will be addressed at the June 23rd meeting.