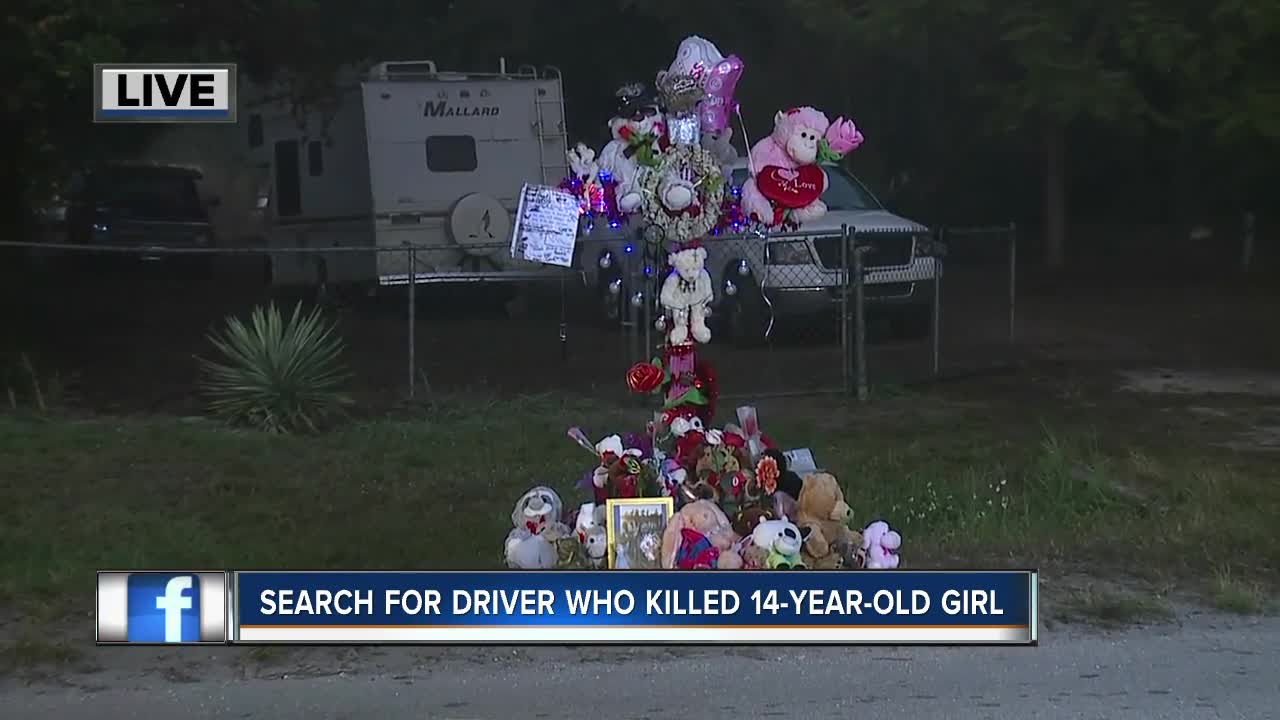 The mother of Allana Staiano, along with many others plan to be at a community meeting in North Fort Myers Tuesday, where they’ll fight for sidewalks and street lighting so that something like this doesn’t happen again. Staiano was killed in a hit-and-run and deputies are still looking for the driver.

NORTH FORT MYERS, Fla --Allana Staiano was someone who her mother said made everyone so happy. Her mother now plans to push for safety changes following her daughter's death at a meeting Tuesday night.

This, after the 14-year-old's life came to a tragic end in a hit-and-run crash. Her mother also pleaing for the woman deputies say is responsible, to come forward.

Lee County deputies tell us they're looking for Courtney Gainey, who they say hit and killed Allana Staiano and never looked back. As the search for her continues, Allana’s mother is speaking with us, sharing what she wants the driver to understand about the brutality of her daughter's death.

“She hit my daughter hard enough to rip her spine from the back of her skull and kill her instantly and she never hit her brakes. She never stopped,” said the victim's mother, Christine Gray.

If you have any information on Gainey's whereabouts, you're asked to call LCSO or Crime Stoppers.

This search all continues on the same day another teenage girl, Alana Tamplin, lost her life in a hit-and-run exactly one year ago.

Staiano's mother, along with many others plan to be at a North Fort Myers Civic Association community meeting Tuesday night, where they'll fight for sidewalks and lighting so that something like this doesn't happen again.