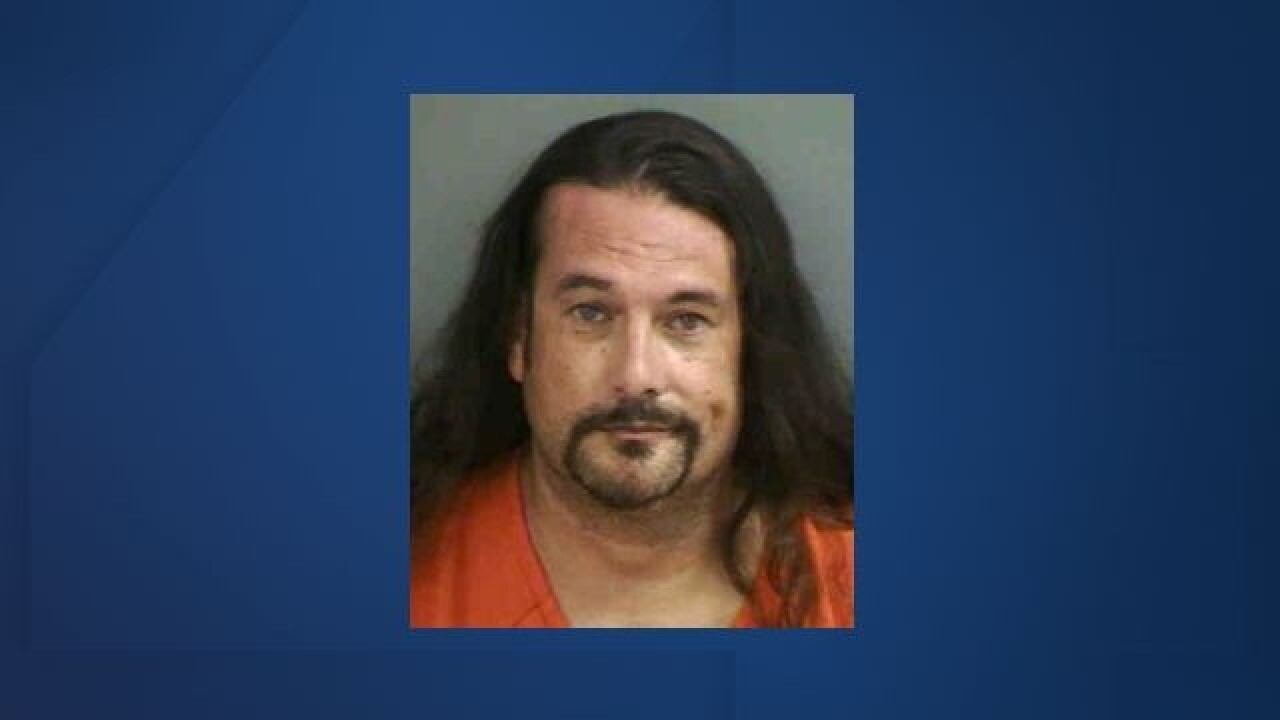 The Sheriff's Office says Matthew James McNickles, 48, stole the jerky from a convenience store on Immokalee Road in Golden Gate Monday and then returned to the store a few hours later.

Deputies were advised that a man and a woman had stolen beef jerky and a case of water from the store around 4 a.m. and then came back.

When deputies arrived at the store, they spotted a blue Lincoln passenger vehicle that matched the suspect vehicle's description leaving the store parking lot. The Lincoln rolled through a stop sign at the exit on Oil Well Road.

Deputies conducted a traffic stop on the vehicle in which McNickles was the passenger. They spotted an aluminum foil shaped like a pipe between McNickles' legs and several unopened beef jerky packets matching the description of the stolen ones. The aluminum foil was burnt as if it was used as drug paraphernalia.

A search of the vehicle turned up a black pouch containing glass pipes and several small plastic bags. One of the bags contained heroin.

The beef jerky was released back to the store.

He is facing a felony narcotics charge after deputies found him in possession of heroin.