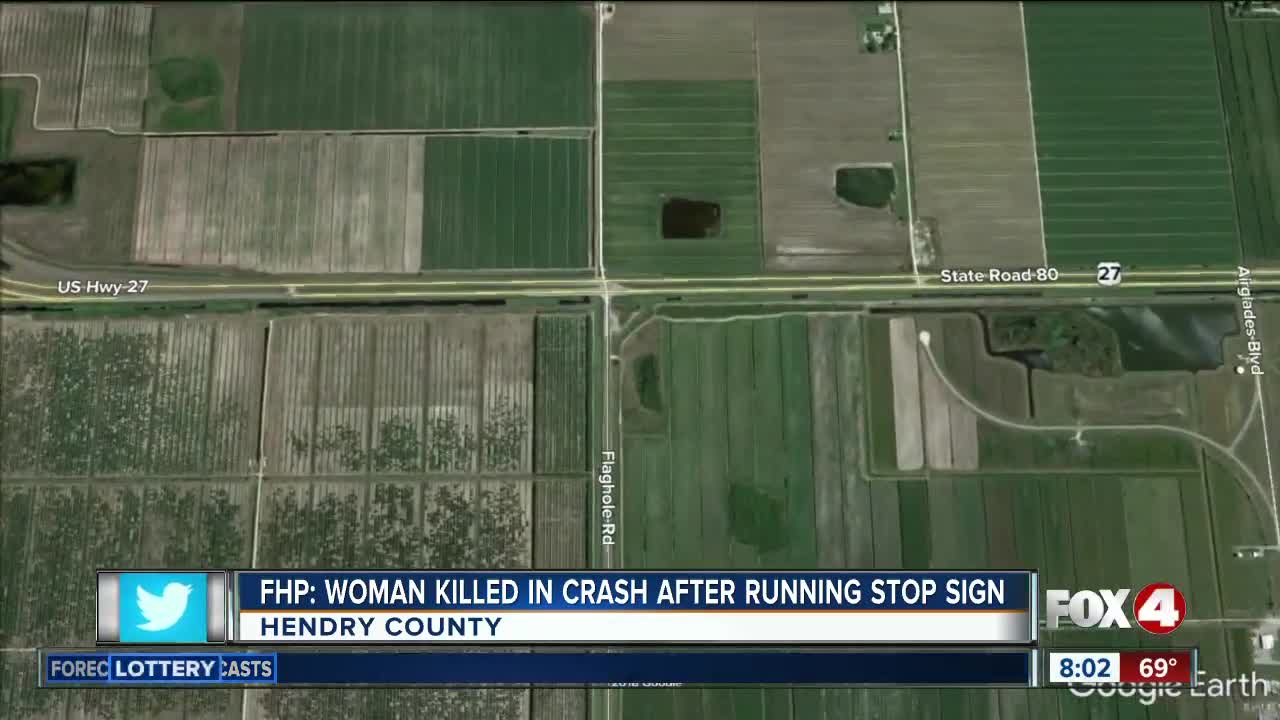 The crash happened at the intersection of U.S. 27 and Flaghole Road west of Clewiston.

Troopers say 74-year-old Judy Vann of Clewiston was driving north on Flaghole and failed to stop at U.S. 27. Her minivan hit the right side of an eastbound tractor trailer.

Vann was ejected onto the roadway and was pronounced dead at the scene.

The driver and passenger in the tractor trailer were not injured.

Troopers say no charges will be filed in this crash.