City of Naples passes its own beach access ordinance 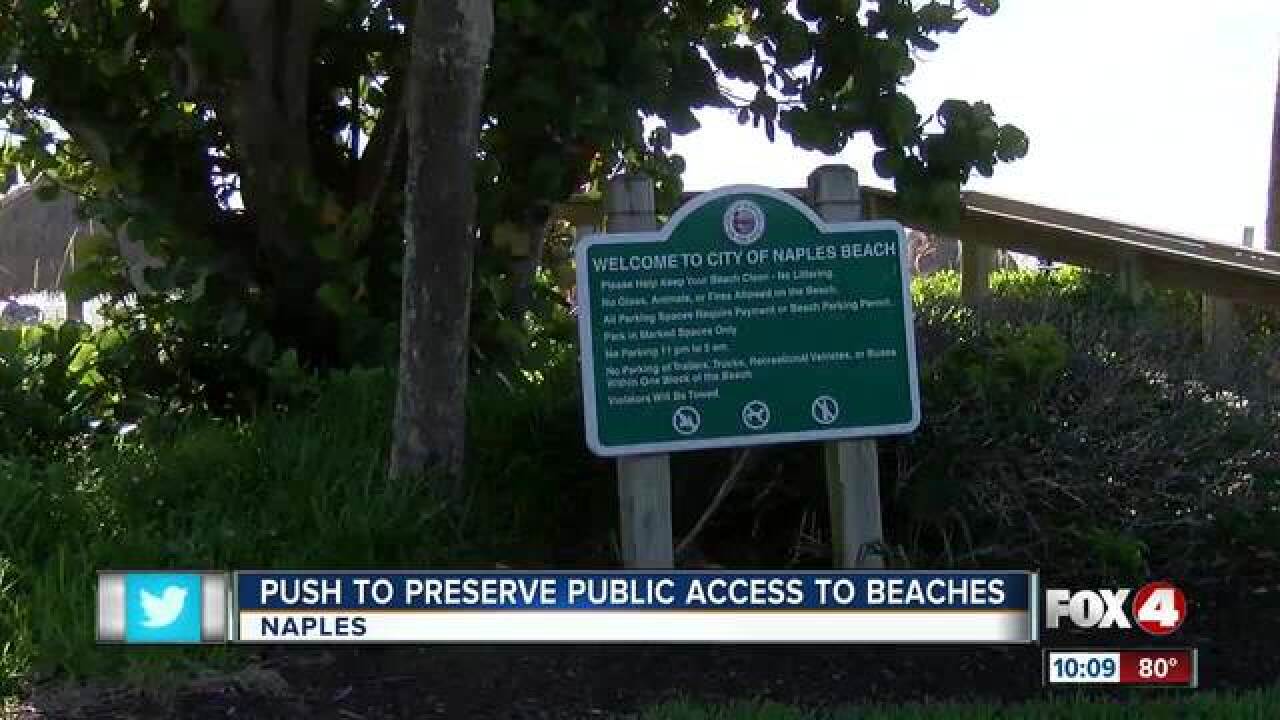 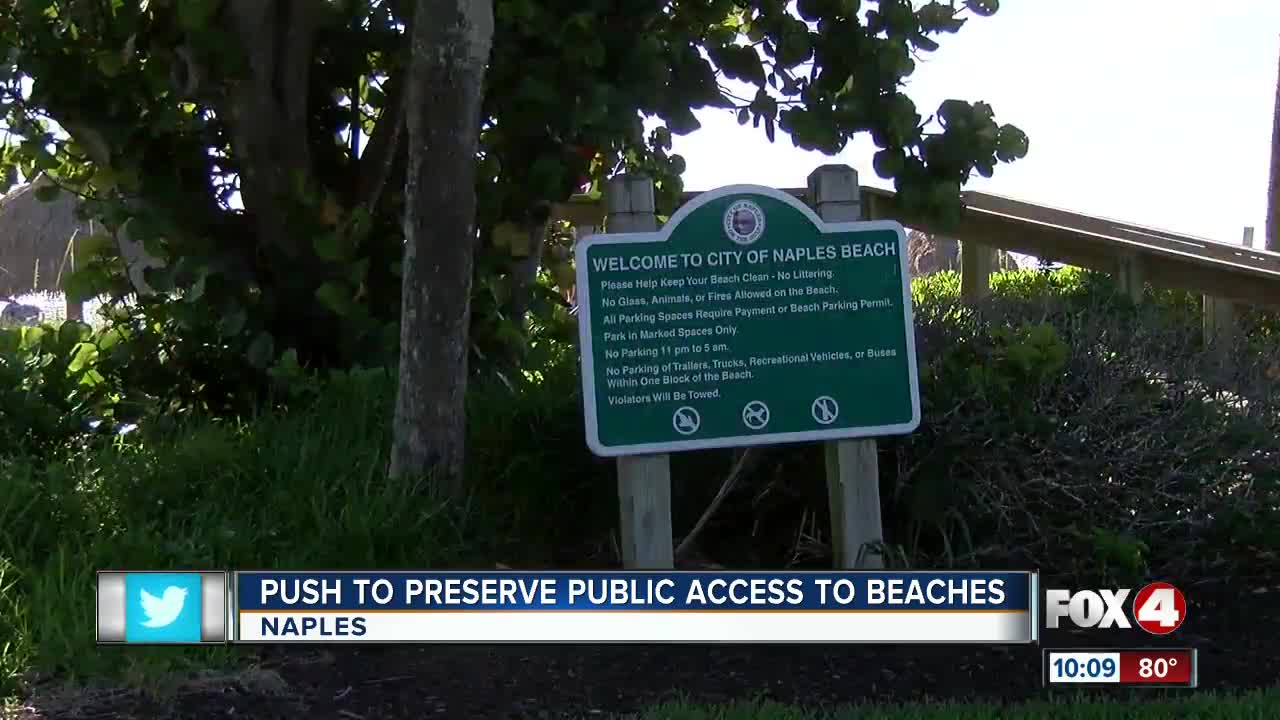 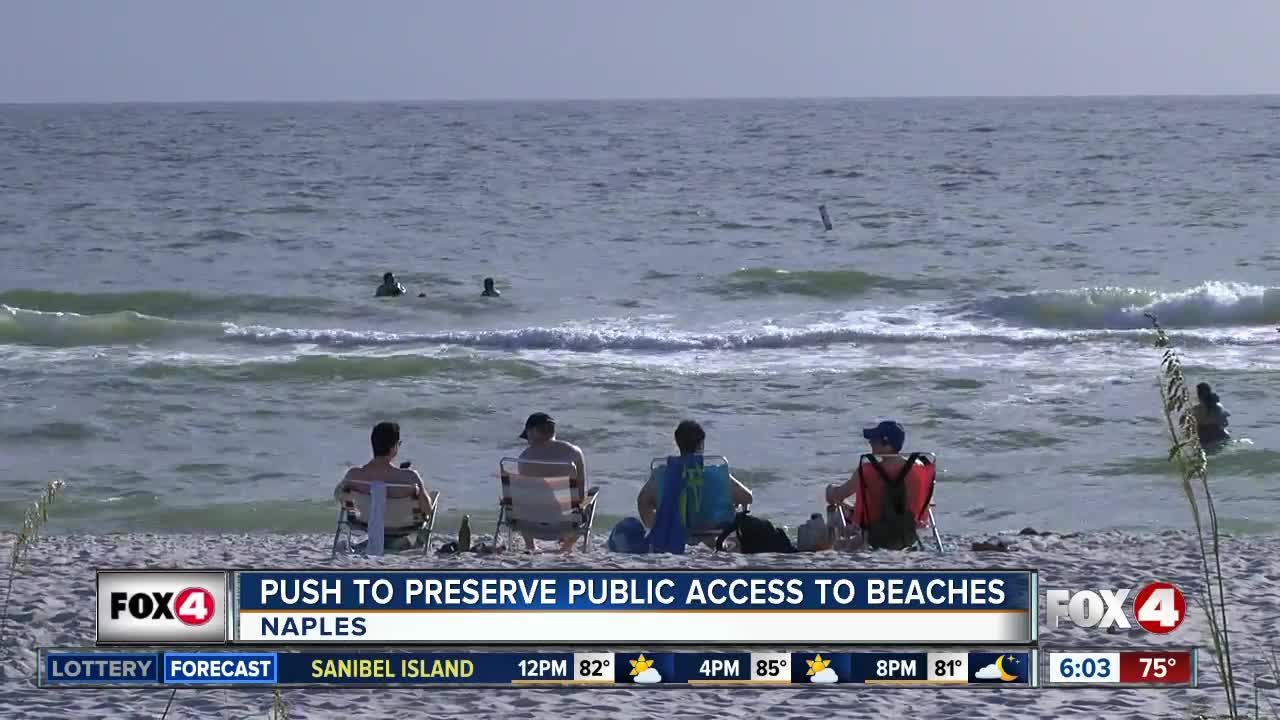 Earlier this year the legislature passed and Governor Rick Scott signed a law preventing local governments from passing ordinances that regulate beach access.  Disputes between land owners and the municipality would have to be worked out in court.

The law takes effect July 1st, but on Wednesday the Naples City Council passed an ordinance preventing private property owners from putting up any barriers which would obstruct the public's access to the beach or harass anyone using the public portion of the beach.

"What worries me is that a homeowner might be having a bad day and charge out onto the beach and threaten people with trespassing," said Graham Ginsberg, a Naples beach access activist.

But supports of the state law say those fears are unfounded.