Arrest made in Christmas Day shooting in Lehigh Acres 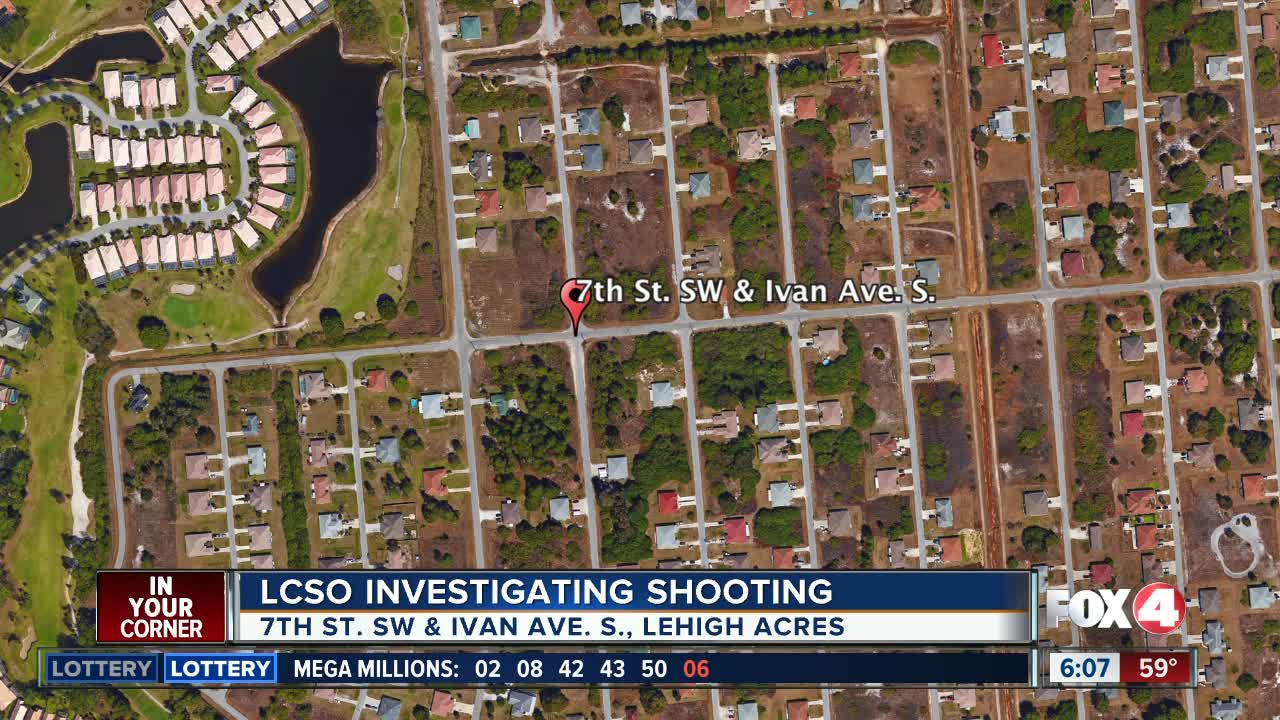 It happened on 7th Street SW near Ivan Avenue.

UPDATE (12:40 PM) --Investigators have arrested a Lehigh Acres teenager they say shot his uncle following a domestic argument on Christmas.

According to the Lee County Sheriff's Office, the shooting victim, 30-year-old Ira Carey, and his girlfriend had gotten into an argument and Carey left the scene on foot.

While he was walking, Carey's 17-year-old nephew pulled up in a vehicle and got out. The two argued and the teen fired a gun at Carey multiple times, striking him in the groin area. The teen then fled the area.

He was located Wednesday at his Gene Avenue home and arrested. He was charged with Aggravated Battery with a Deadly Weapon and taken to the Lee County Juvenile Assessment Center.

Carey was taken to a local hospital and is expected to recover from his injuries.

It happened just before 3 p.m. along 7th Street Southwest and Ivan Avenue.

Deputies have not released any information about victims or arrests, but do say their Major Crimes Unit has assumed the investigation.

Count on Fox 4 to keep you updated on this developing story.