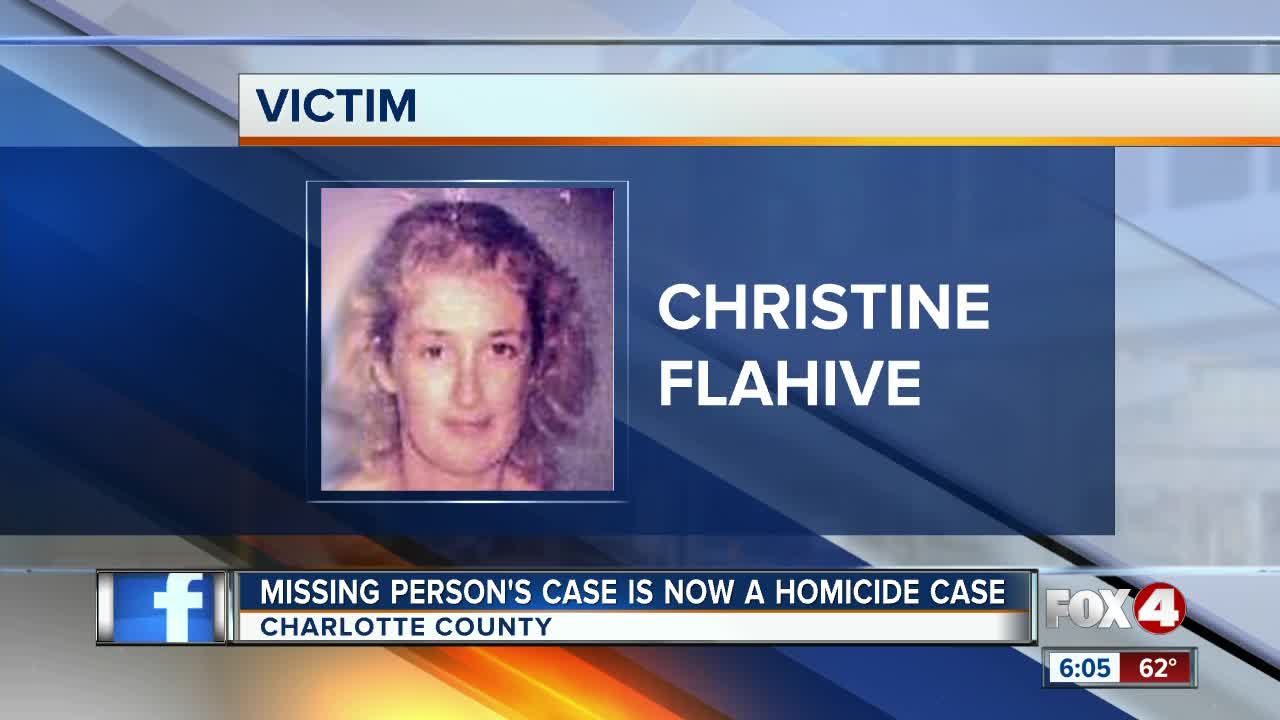 PUNTA GORDA, FLa. — Christine Flahive has been considered a missing person in Charlotte County since 1995. But now, detectives say they know what happened to Christine on January 4, 1995.

Christine Flahive was last seen by her family that night after stopping by her dad’s house for a brief visit and a ride home after a bike ride to the store.

Detectives believe the 42-year-old was headed to a downtown Punta Gorda bar, a place she was known to frequent quite often.

After Christine failed to come home that night, a missing person report was filed the next morning, and detectives canvassed bars, hospitals, and businesses trying to find any trace of Christine. But despite all efforts, she seemingly vanished from her home and from her family

That was then, but now new information about Christine’s disappearance has recently come to light. Detectives are back hot on the trail trying to piece together the people and places that can finally lead to answers.

Anyone with information on the January 1995 murder of Christine Flahive is asked to call Crime Stoppers at 1-800-780-TIPS (8477). All callers will remain anonymous and will be eligible for a cash reward of up to $3,000. Tips may also be made online at www.southwestfloridacrimestoppers.com or by submitting a tip on the P3Tips mobile app.