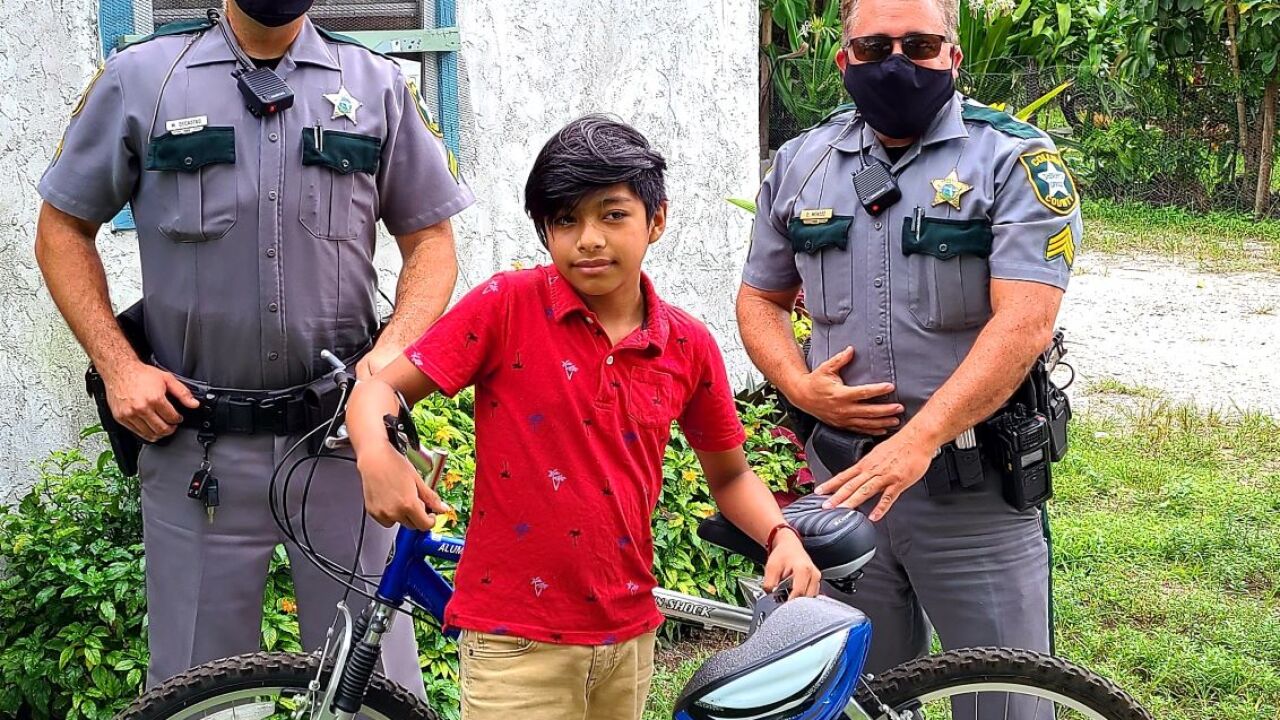 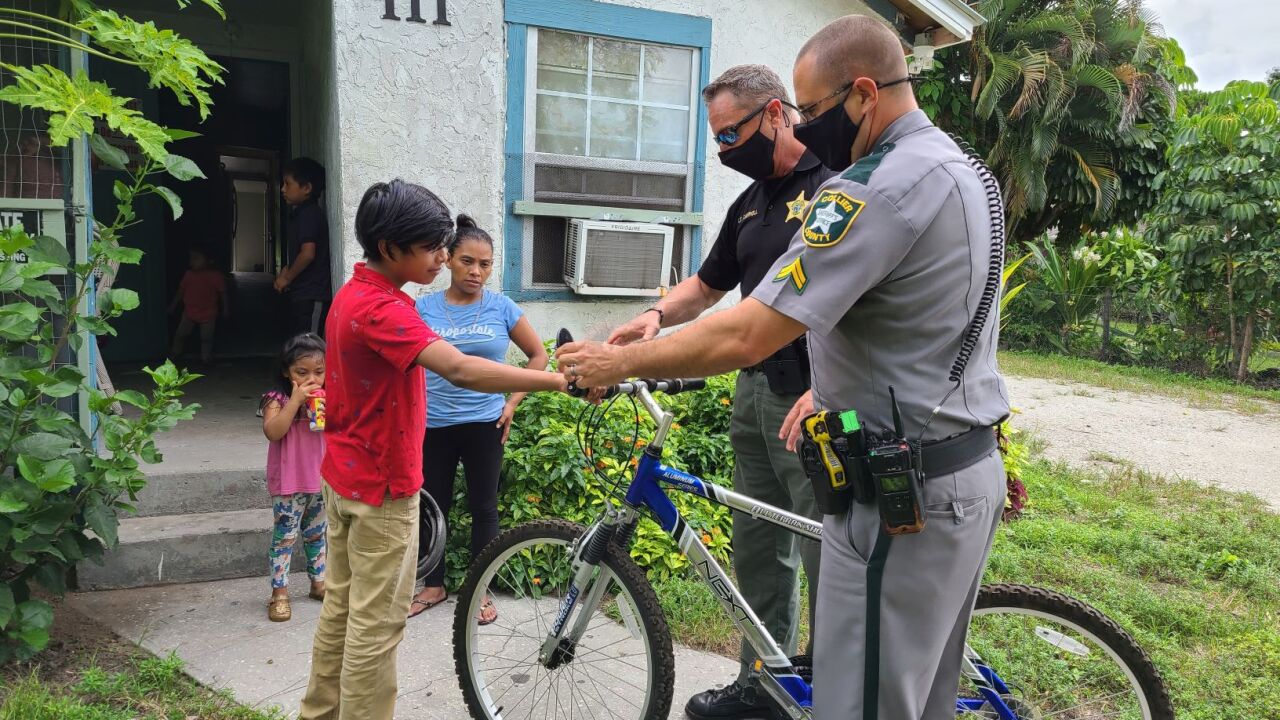 IMMOKALEE, Fla — A 13-year-old hit-and-run victim now has a new bicycle thanks to the Collier County Sheriff's Office.

The Sheriff's Office says Gelder was riding his bike last week in Immokalee when a vehicle struck him.

Investigators say the driver left the scene, and Gelfer was disoriented and suffered minored abrasions to his arms and legs.

EMS took him to the hospital, and he was able to recover, but his bicycle was in bad shape.

District 8 Patrol and COPS deputies were able to get him a nearly new mountain bike with lights and a helmet.

The Sheriff's Office says Gelder and his family are thankful, and they are happy he is feeling better.