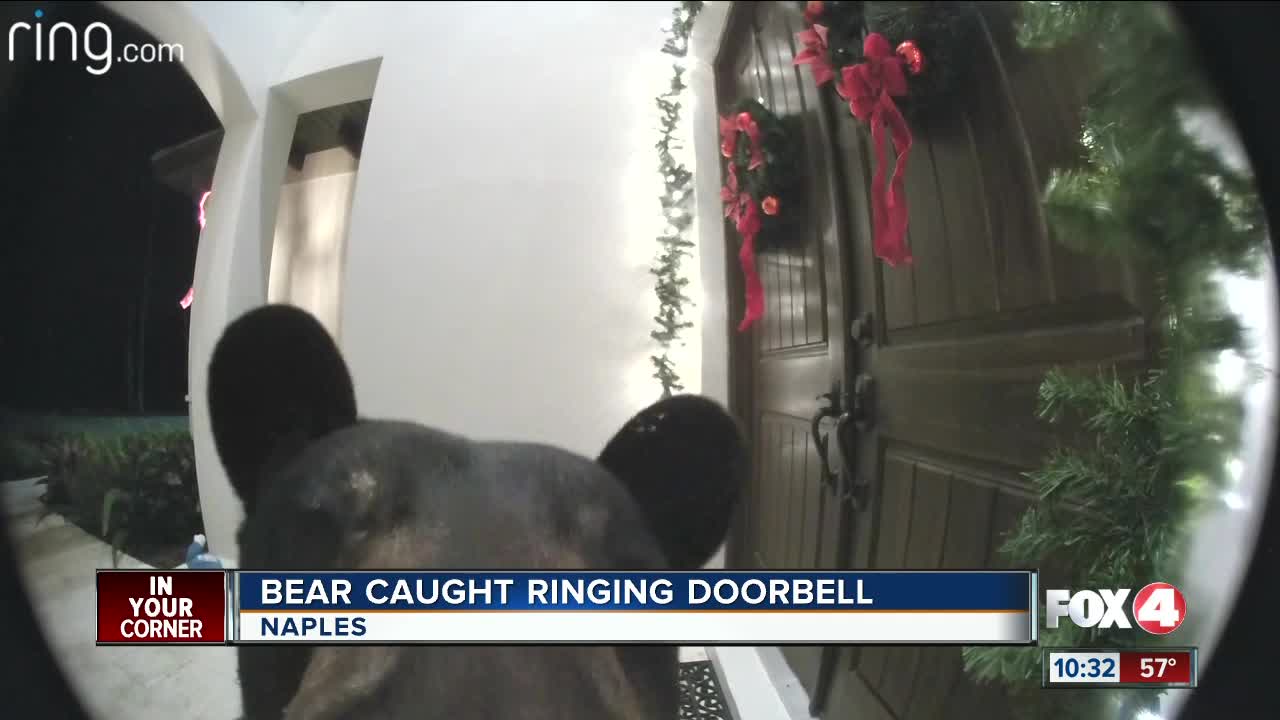 A Ring doorbell camera caught the black bear sniffing around the front porch and ringing the doorbell with its nose.

COLLIER COUNTY, Fla. -- A family in Naples captured video of a nosey bear on their Ring doorbell camera.

A black bear can be seen walking into the frame while it inspects the holiday decorations left outside by the homeowner. After a bit of nosing around, the animal decides to give the doorbell a sniff, ringing the bell with its nose.

The owner then can be heard telling the bear to leave, with the furry trespasser walking off camera a few moments later.

The homeowner also said that although a snowman decoration had to be fixed, no lasting damage was done to the house.