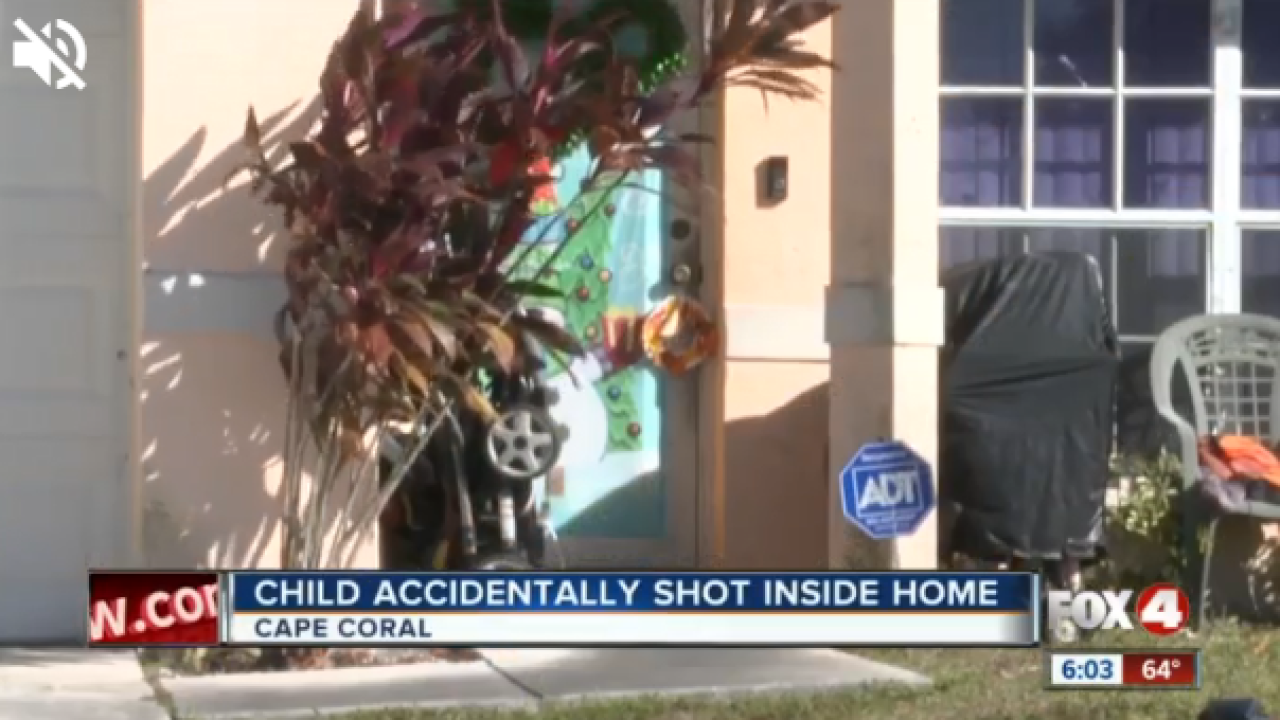 CAPE CORAL, Fla. — Cape Coral Police has just completed its investigation into a reported shooting of a 3-year-old child.

The three-year-old was transported to a trauma alert hospital.

An investigation revealed that a older sibling shot the child with a handgun.

The old sibling got a key and opened up the safe.

Cape Coral Police say the handgun was locked up in a safe and was not readily accessible at the time.

The shooting is ruled accidental, and there will be no charges.