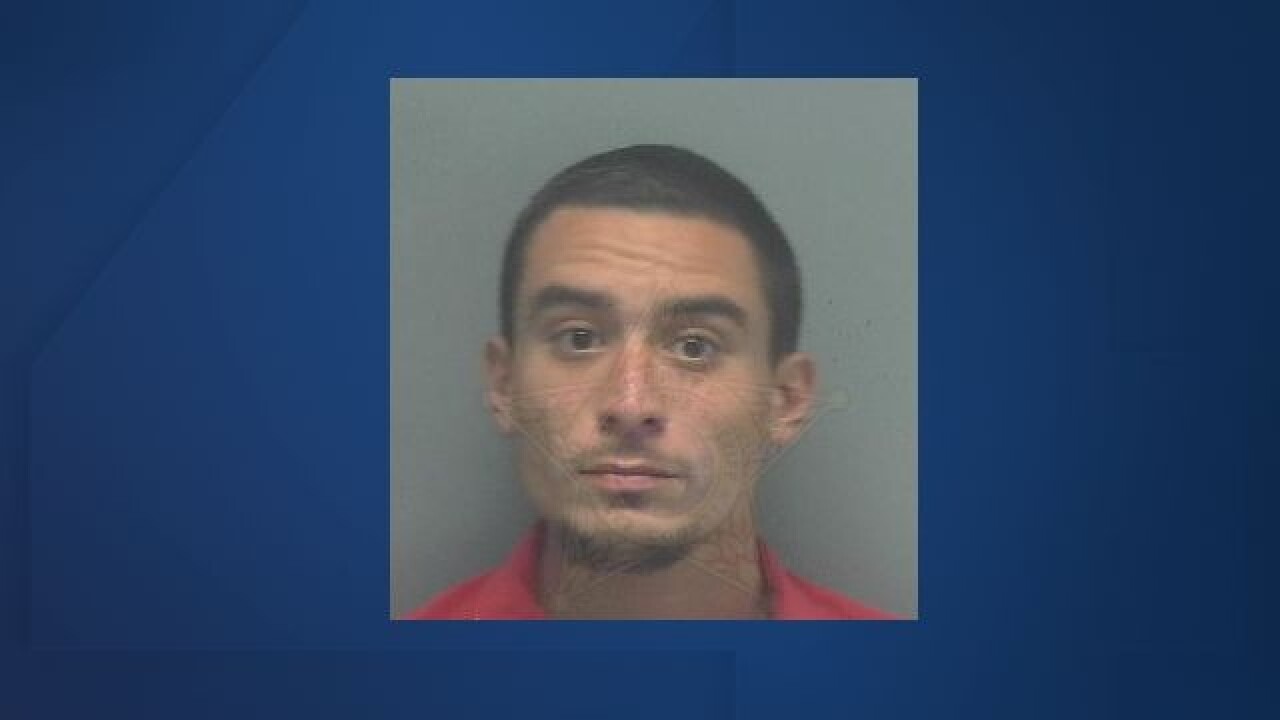 CAPE CORAL, Fla. — A man was arrested after threatening another man with a metal object after seeing him speaking with his ex-girlfriend.

Officers say the arrest came after Jorge Torres,23, blocked his girlfriend's vehicle and threatened the male occupant with a blunt metal object.

Torres attempted to leave once police were called but were stopped by officers as he left the parking lot.

Torres was placed under arrest for aggravated assault with a deadly weapon without intent to kill.

He was transported to the Lee County Jail.