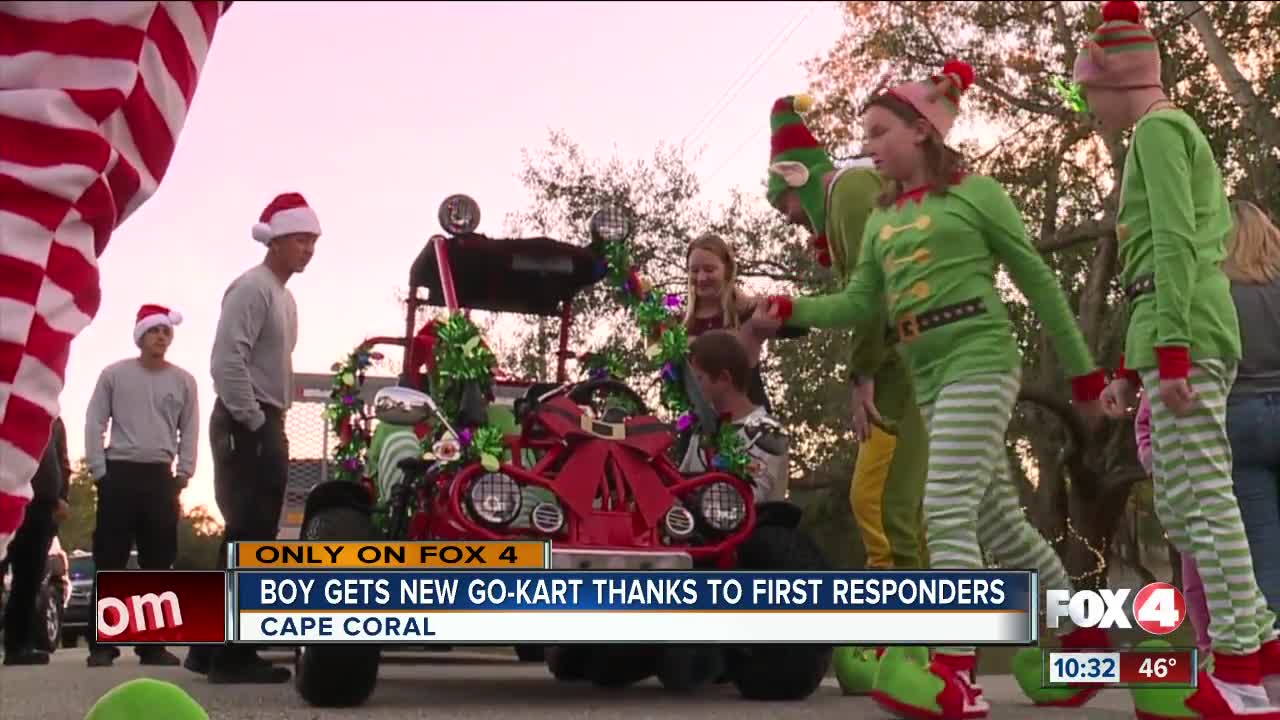 Seven-year-old Connor is battling leukemia-- He got his go-kart stolen last week. Today, North Fort Myers first responders gifted him a new one!

CAPE CORAL, Fla. -- A new chapter has been written in a sad story we first shared with you over the weekend in which a Cape Coral boy who's been going through chemo for Leukemia had a Christmas Grinch steal his favorite toy.

The boy's go-cart was later found, but was heavily vandalized.

But our story caught the attention of a local group of first responders who wanted to help bring some Christmas cheer back to the little boy.

Seven-year-old Connor has been battling Leukemia for over two years and was confined to a local hospital. When he was finally released in 2016, his parents bought him a go-kart.

But last week, Connor's go-kart was stolen. "I don't know why someone would do this," says Connor's mom, Sarah Foley.

An anonymous family offered to give Connor a new go-kart for free! The family teamed up with local firefighters, EMS, and sheriffs to surprise Connor.

This week, the first responders dressed up as elves and posed as Santa's helpers. They greeted Conner with a dozen fire trucks, ambulances, police cars, and, of course, the new go-kart.

Firefighter Ronald McIntosh was elated to be a part of Connor's epic Wednesday. "Just to see his face...that's what it's all about."

Connor's mom tells us he goes through chemotherapy everyday and his final treatment is on St. Patrick's Day. He's expected to make a full recovery.