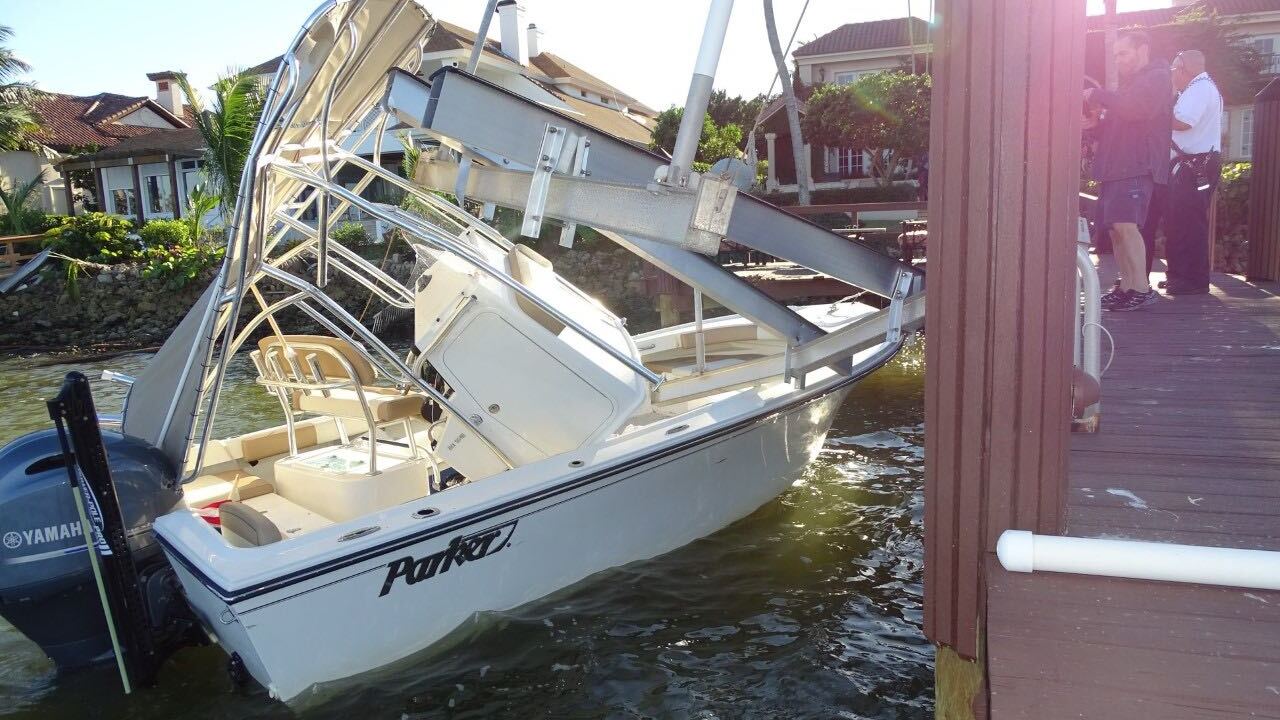 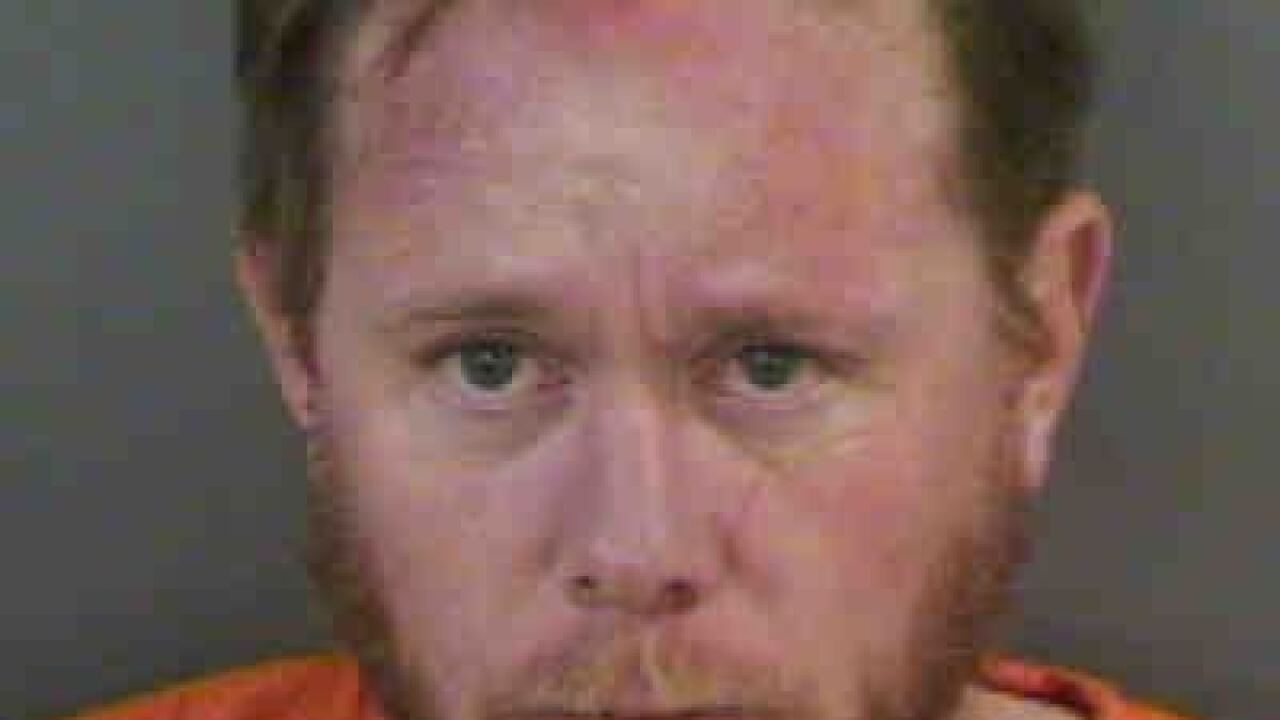 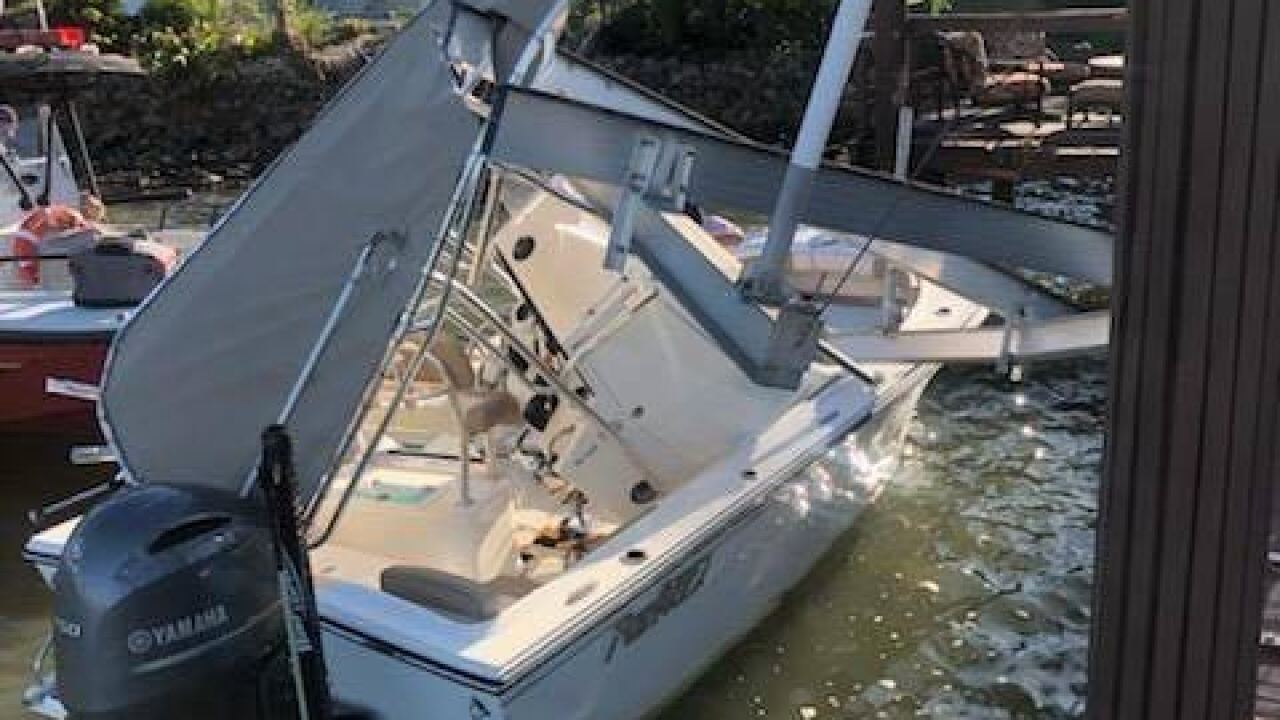 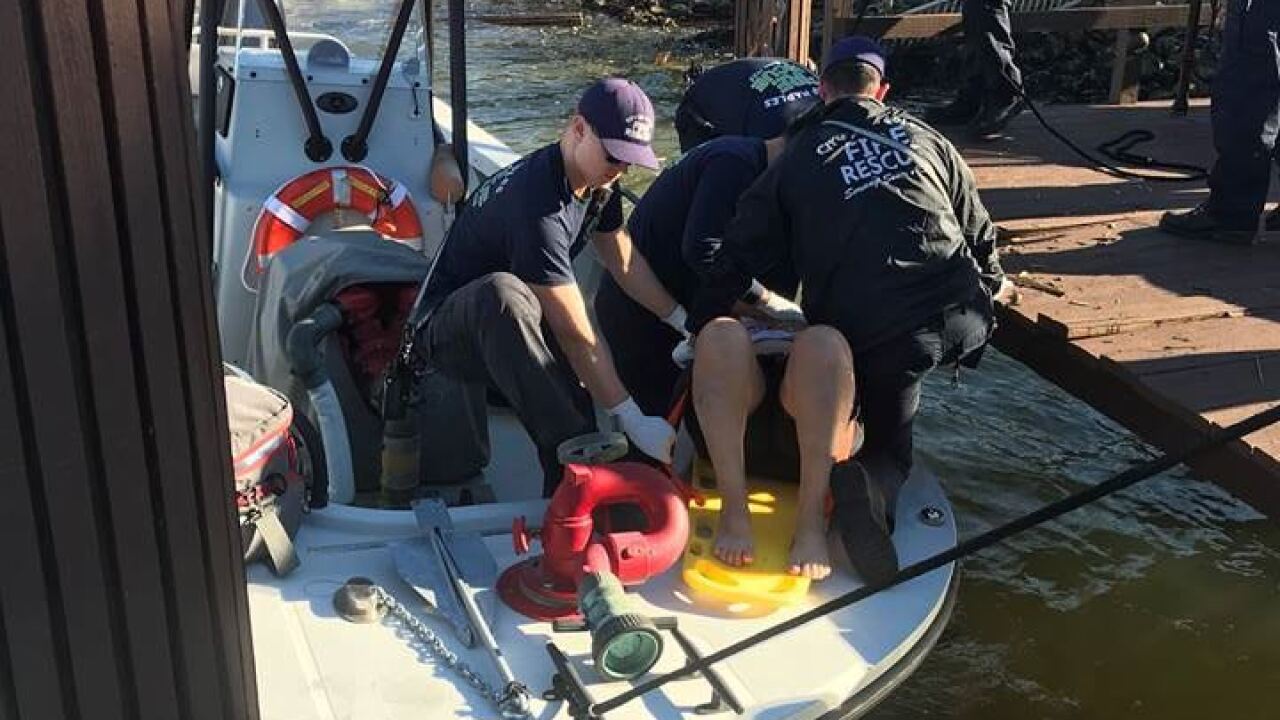 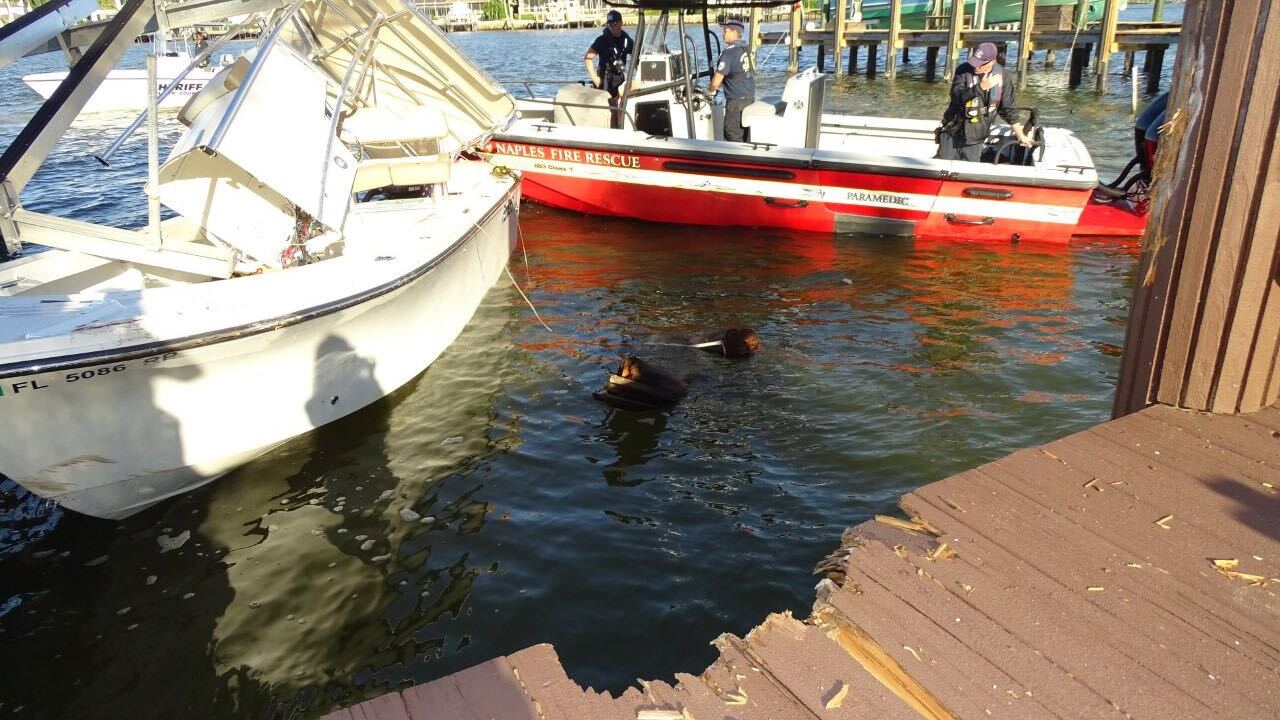 COLLIER COUNTY, Fla. -- A Naples man has been charges with Boating Under the Influence after his boat crashed into a boat slip in Naples Bay Wednesday.

According to an FWC report, Hudson and Tara Jacobucci were in a rental boat in Naples Bay when Hudson says their boat hit a wake from another boat and he was thrown into the water. The boat then struck a boat lift on a dock, with Jacobucci still aboard.

The metal lift ripped the boat's t-top and console off the deck.

Jacobucci was injured in the crash and airlifted to the hospital.

Officers say Hudson failed several sobriety tests and exhibited slurred speech and bloodshot eyes at the scene. He claimed he had nothing to drink.

Breath samples came back with readings of .160 and .163 blood alcohol content.

He was booked into the Naples jail.