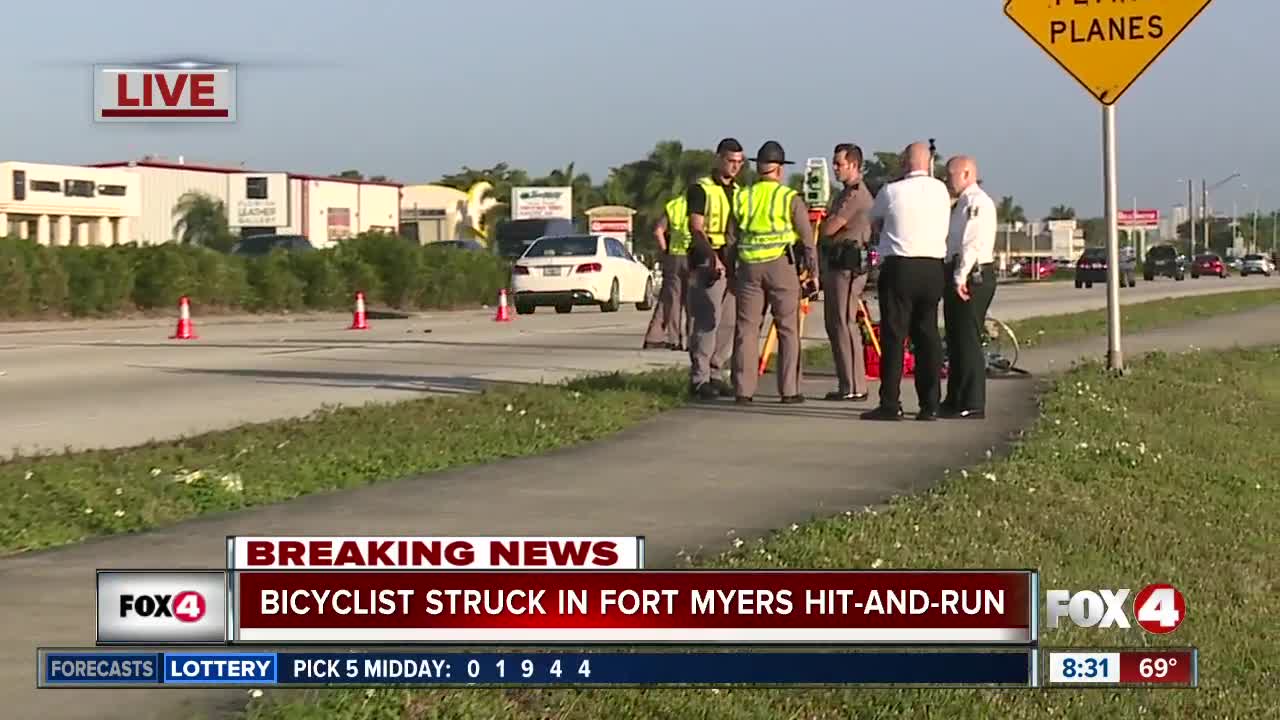 More deputies and troopers continue to be called out to a hit-and-run crash that involved a cyclist in Fort Myers. It happened in the NB lanes of US-41, just before Page Field Commons. 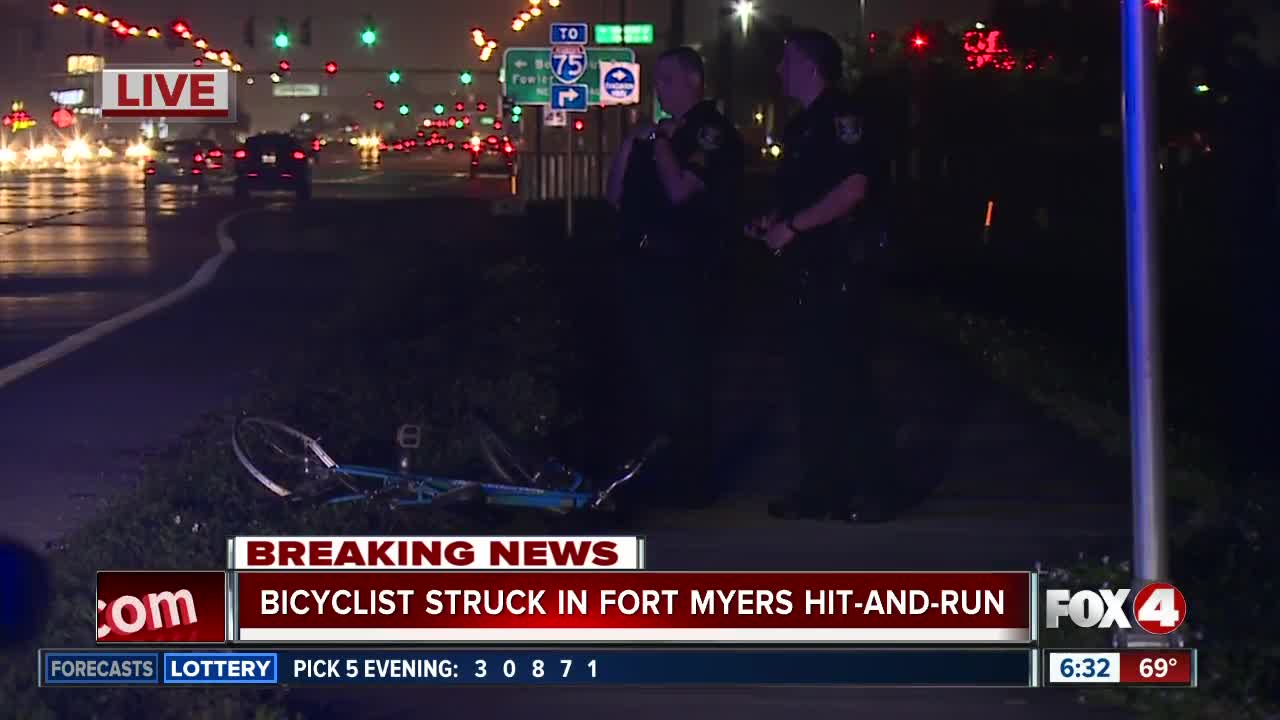 UPDATE (3 PM) -- Troopers have identified a bicyclist hit and killed by a hit and run driver early Monday in Fort Myers.

It happened around 4:30 a.m. on Tamiami Trail south of Airport Road.

Florida Highway Patrol says 55-year-old James Flesher of Fort Myers was riding northbound on U.S. 41 when an unknown vehicle hit hit and send him onto the road's shoulder.

Flesher's bicycle came to a rest partially in the roadway. Shortly after, a Lee County deputy arrived and struck the bicycle on the roadway.

Flesher was taken to Lee Memorial, where he was pronounced dead.

Florida Highway Patrol has been focusing on a deputy's vehicle at the scene with visible damage to the front right side.

This remains a hit and run investigation. More updates to come.

BREAKING: Troopers confirm this LCSO deputy vehicle struck the bicycle. The dynamics of the crash are still under investigation, this remains a hit-and-run investigation. The cyclist was trauma alerted. There’s visible damage to the front right end of the deputy vehicle. pic.twitter.com/ESLNoX21PG

It happened on U.S. 41 between South Airport Road and Fowler Street, just before Page Field Commons.

Troopers confirmed that the bicyclist was transported to Lee Memorial Hospital with serious injuries.

For several hours, troopers and LCSO deputies have been working to gather evidence.

Northbound traffic on U.S. 41 is slow in the area and is limited to one lane.