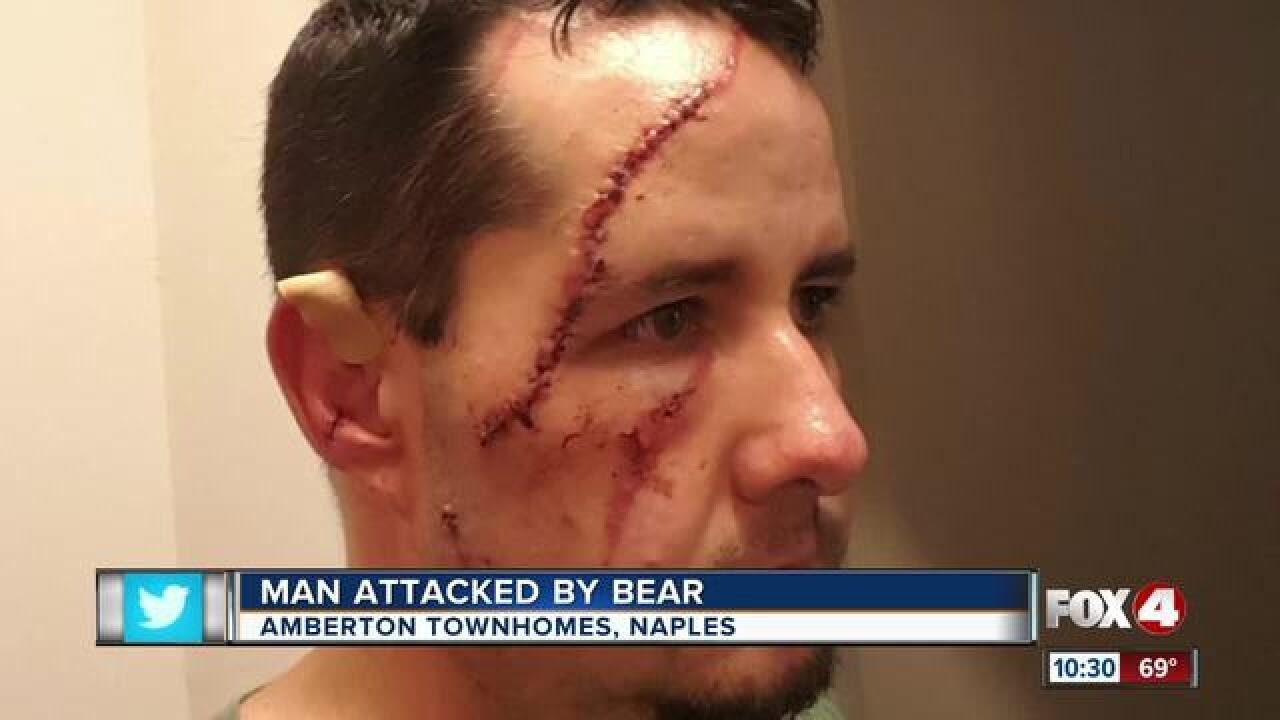 COLLIER COUNTY, Fla. -- Wildlife officials have set up bear traps in a Naples neighborhood after a man walking his dog was attacked and injured by a bear.

Andrew Meunier can thank a black bear for taking a chunk of skin out of face as he was walking near his apartment Wednesday night.  “I don't think it's very deep, but it's an 8 inch cut."

Meunier suffered several cuts across his head and chest, and was transported to a local hospital for treatment and received 41 stitches.

No one else, including the dog was injured in the attack.  But bear sightings are not uncommon in the Amberton Townhomes complex off Immokalee Road east of Interstate 75.

Several neighbors tell Fox 4 they've seen a mama bear and her cubs roaming around the complex.  "Any bear to me is big, but I have to say this one here is probably between 250 to 300 pounds, and like I said, she's had 3 cubs around with her," says Kirk Amerine.

FWC set another bear trap near Amerine's home on the edge of the property.

We noticed garbage on the ground nearby and trash bins outside several homes.  Neighbors believe that's what’s drawing those bears in.

"We use these old trash bins, and they should be inside the garage, but they are not.  Therefore any trash that's left out is a free meal for the mother bear and her cubs," says David Johnson.

"I'm just happy to be alive," Meunier said. "It could've been a totally different story."

FWC asks people to stay away from bear traps because if a bear picks up a human scent it may not want to go near the trap.

The bears are not harmed by these traps.