Investigators have released a composite sketch of the suspect in Sunday night's reported attempted kidnapping, with the help of the victim.

UPDATE (2PM) -- Investigators have released a composite sketch of the suspect in Sunday night's reported attempted kidnapping, with the help of the victim. 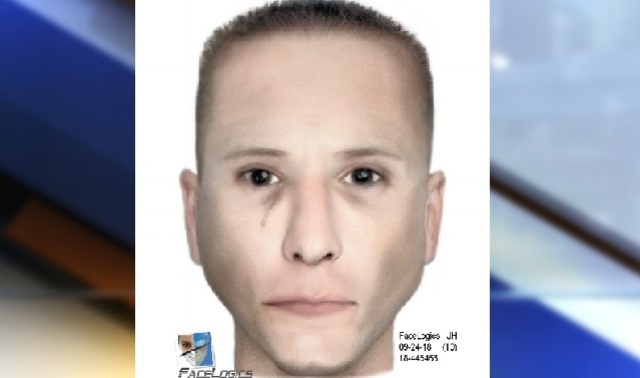 FORT MYERS, Fla. -- Investigators are looking for a man who reportedly tried to kidnap a young woman at a student housing complex near Florida Gulf Coast University.

According to Southwest Florida Crime Stoppers, the incident happened just after 11:30 p.m. Sunday at The Residences dorms on Village Center Drive just south of the FGCU campus.

The victim says she had just parked when she heard a speeding vehicle stop behind her.  The driver got out and approached the woman, grabbing her by the jacket and pulling her towards his SUV.

The victim managed to fight back and get free from the suspect, who then fled the complex onto Ben Hill Griffin Parkway.

"I was very sad that happened, and I'm scared about being alone at night," said Sydney Epply, a junior at FGCU. "As a woman, you really have to have your own back, because no one will fight for your safety like you can."

The suspect is described as a white male, in his late 20s or early 30s, with a thin build, blond hair, brown eyes and a possible scar under one eye near his nose.  He was driving a black Ford SUV, possibly an Explorer.

Anyone who may have witnessed the attempted kidnapping, or who may have any information on the suspect, is asked to call Crime Stoppers at 1-800-780-TIPS (8477).  All callers will remain anonymous and will be eligible for a cash reward of up to $3,000.  Tips may also be made online at www.southwestfloridacrimestoppers.com or by submitting a tip on the P3Tips mobile app.