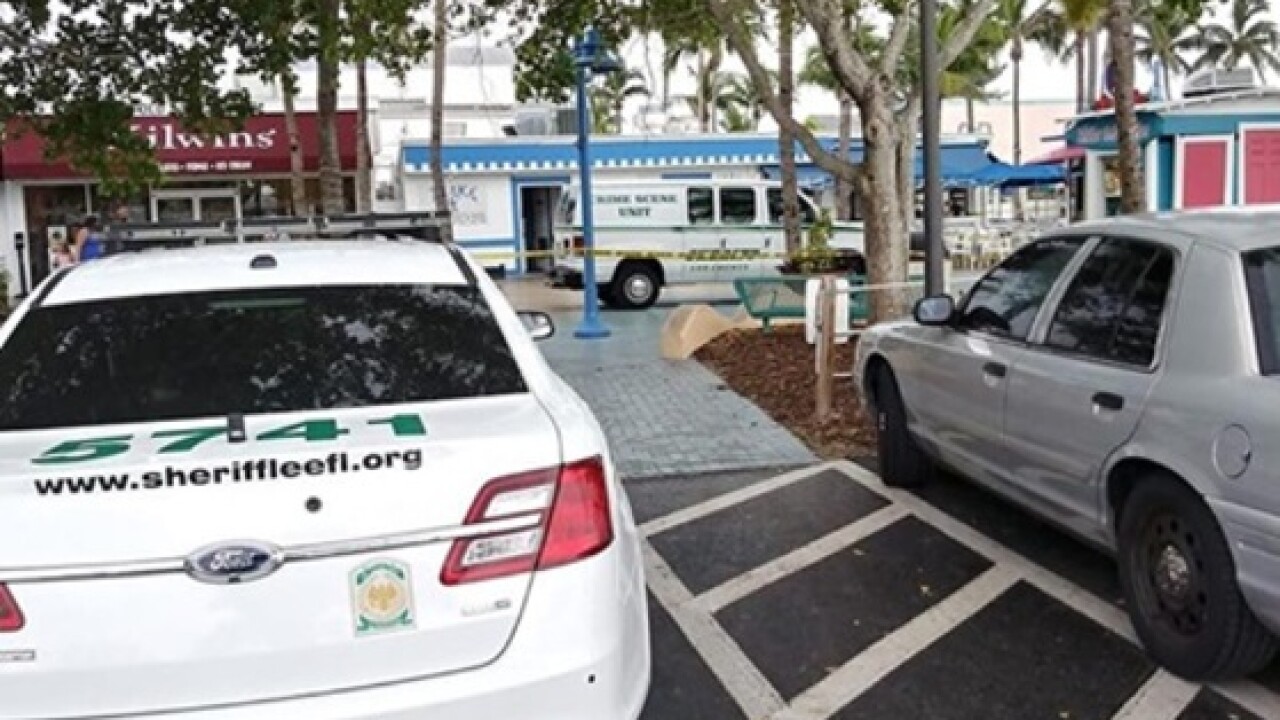 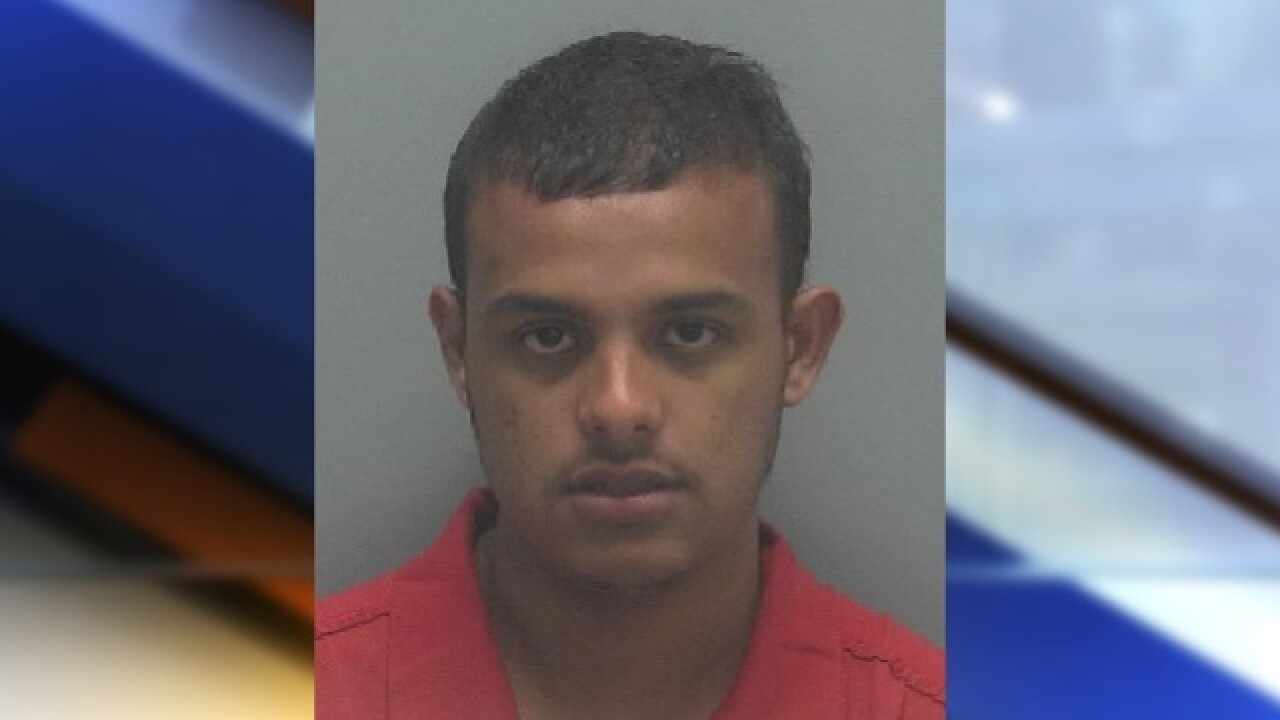 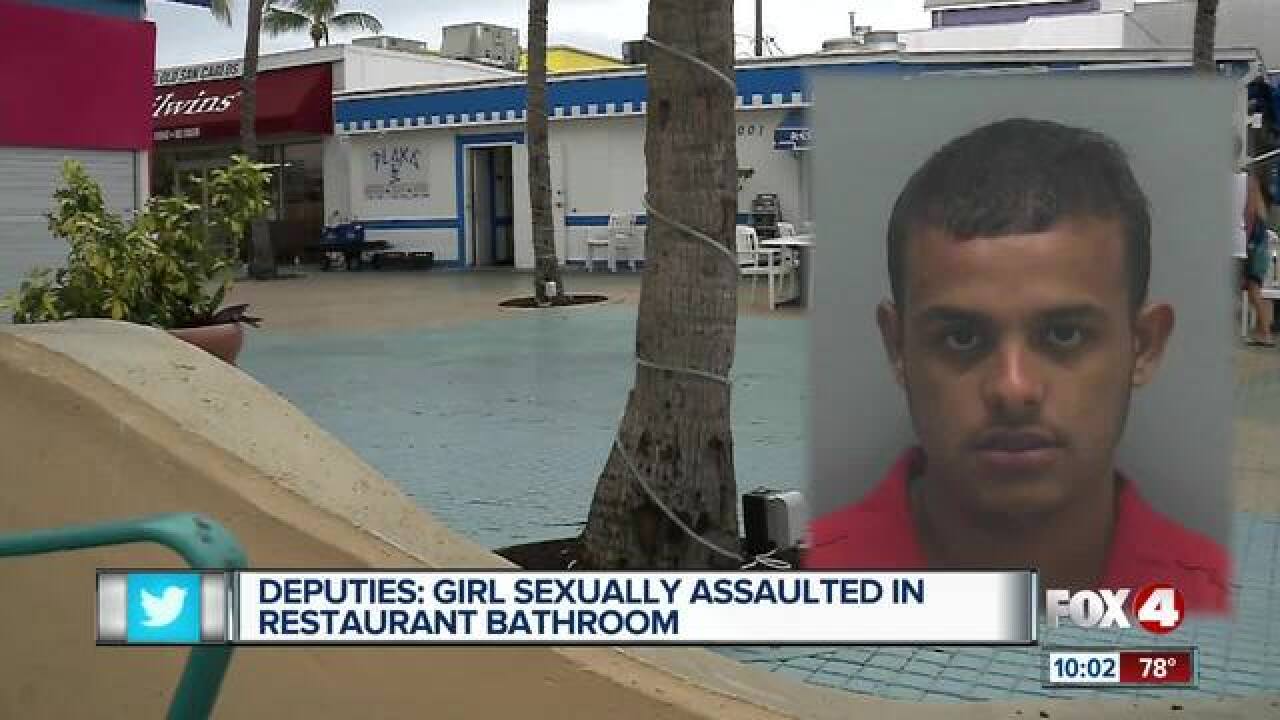 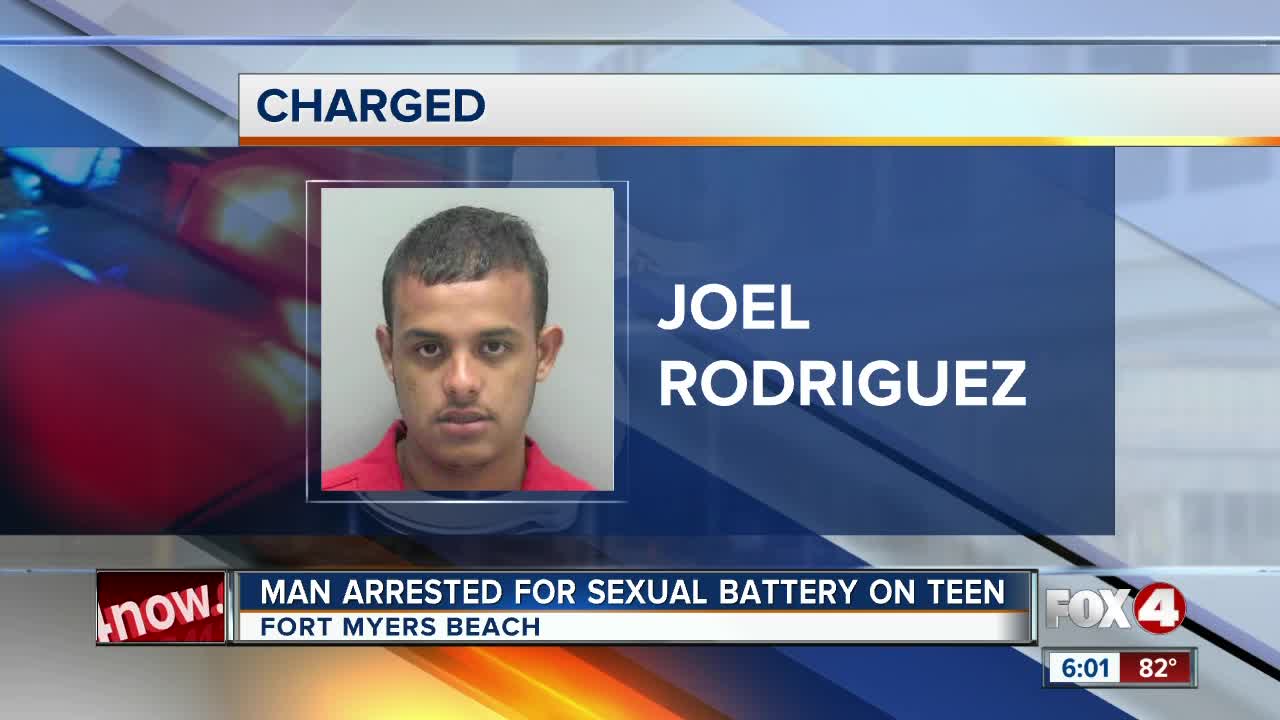 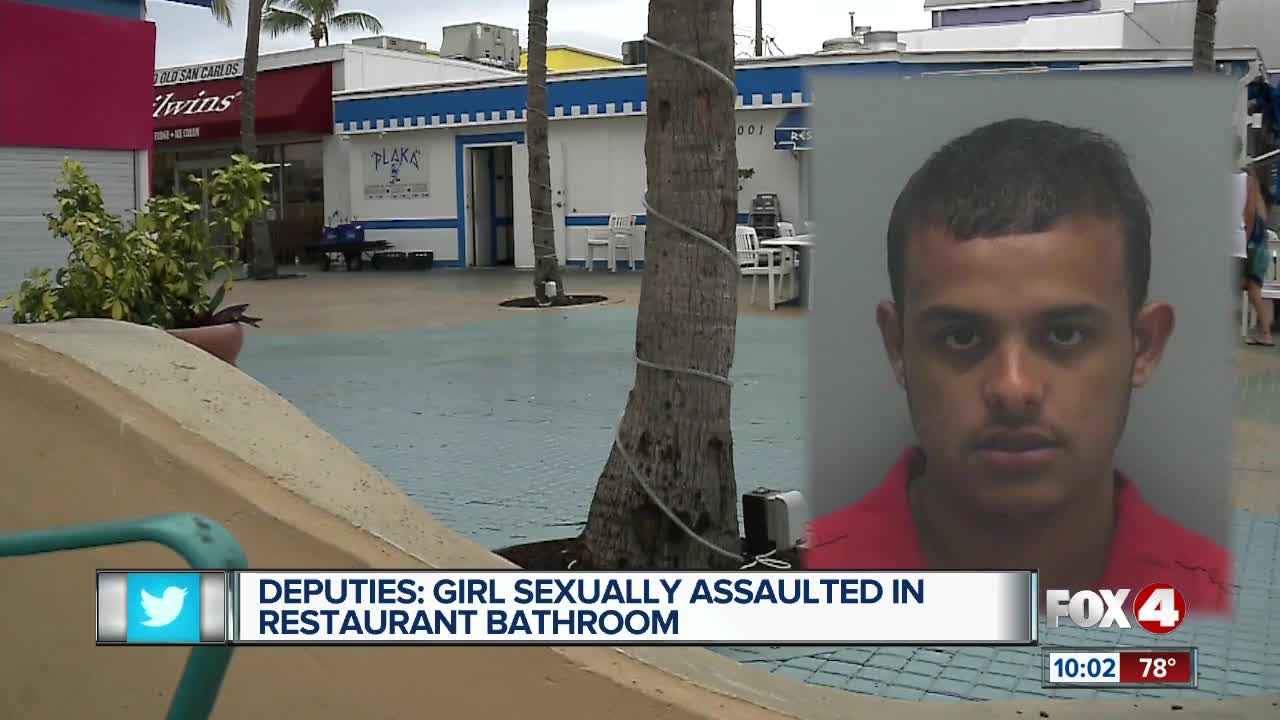 LEE COUNTY, Fla. -- A Fort Myers man is in the Lee County Jail, accused of raping a 14-year-old girl in a men's restroom in Fort Myers Beach.

19-year-old Joel Rodriguez is facing charges of Sexual Battery and Lewd or Lascivious Battery (Victim Younger than 16 YOA by Offender over 18 YOA).

According to the Lee County Sheriff's Office, it happened Tuesday afternoon in the 1000 block of Estero Boulevard.

Investigators say the victim had just met Rodriguez moments before he pulled her into a men's restroom and sexually battered her.

Deputies were able to quickly locate Rodriguez and take him into custody.

“There will be zero tolerance for crimes against our county’s most vulnerable, our children and seniors,” stated Undersheriff Carmine Marceno.  “The suspect was located quickly and taken into custody, where he belongs.”