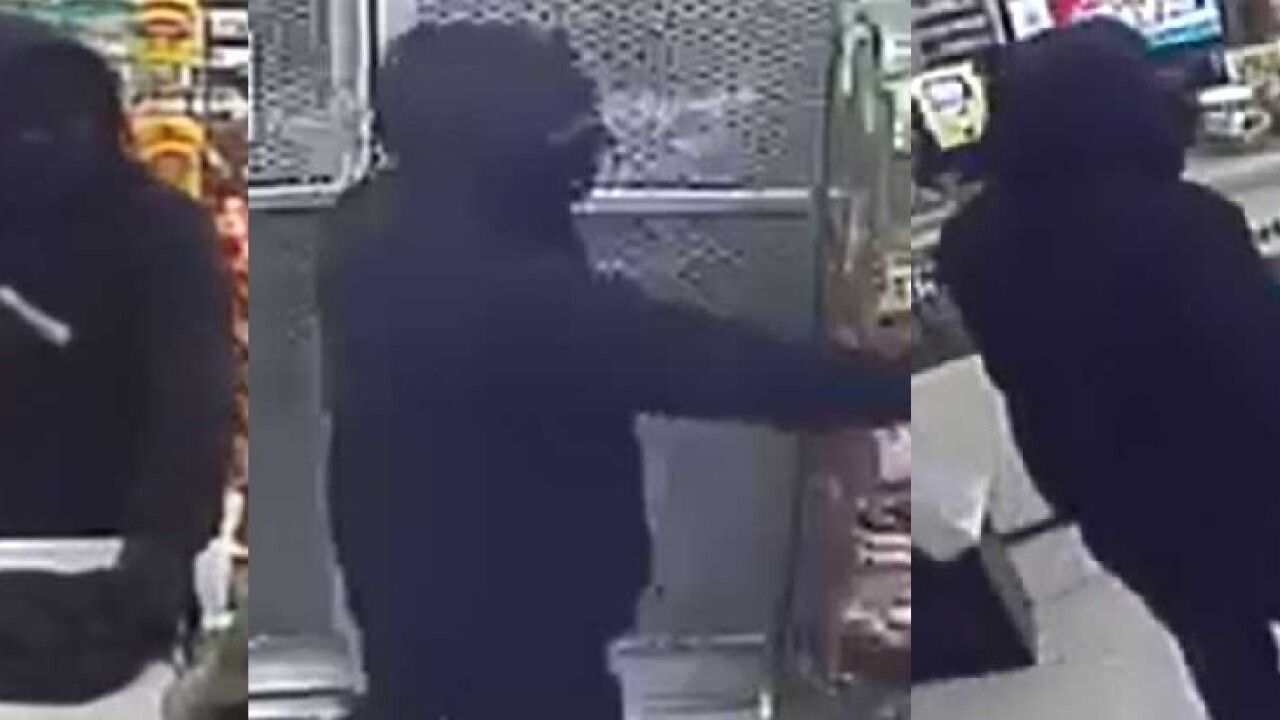 According to Southwest Florida Crime Stoppers, just after 7:30 p.m. on January 31st, a male suspect entered the Quick and Easy Beverages store in the 4600 block of Palm Beach Boulevard. He immediately approached the counter with a black bag in one hand and a small caliber silver semiautomatic pistol in the other.

While pointing the gun at the employees, the suspect demanded all the cash in the register. In fear for their lives, the clerks complied.

The suspect fled the store and was last seen heading northbound on Palm Beach Boulevard.

The suspect is described as a white, light-skinned male, approximately 5’6”, wearing all black clothing and a black mask, carrying the silver firearm. His shoes were also all black, but had a distinctive white marking in the center of the shoe.

Anyone with information on this armed bandit is asked to call Crime Stoppers at 1-800-780-TIPS (8477). All callers will remain anonymous and will be eligible for a cash reward of up to $3,000. Tips may also be made online at www.southwestfloridacrimestoppers.com or by submitting a tip on the P3Tips mobile app.