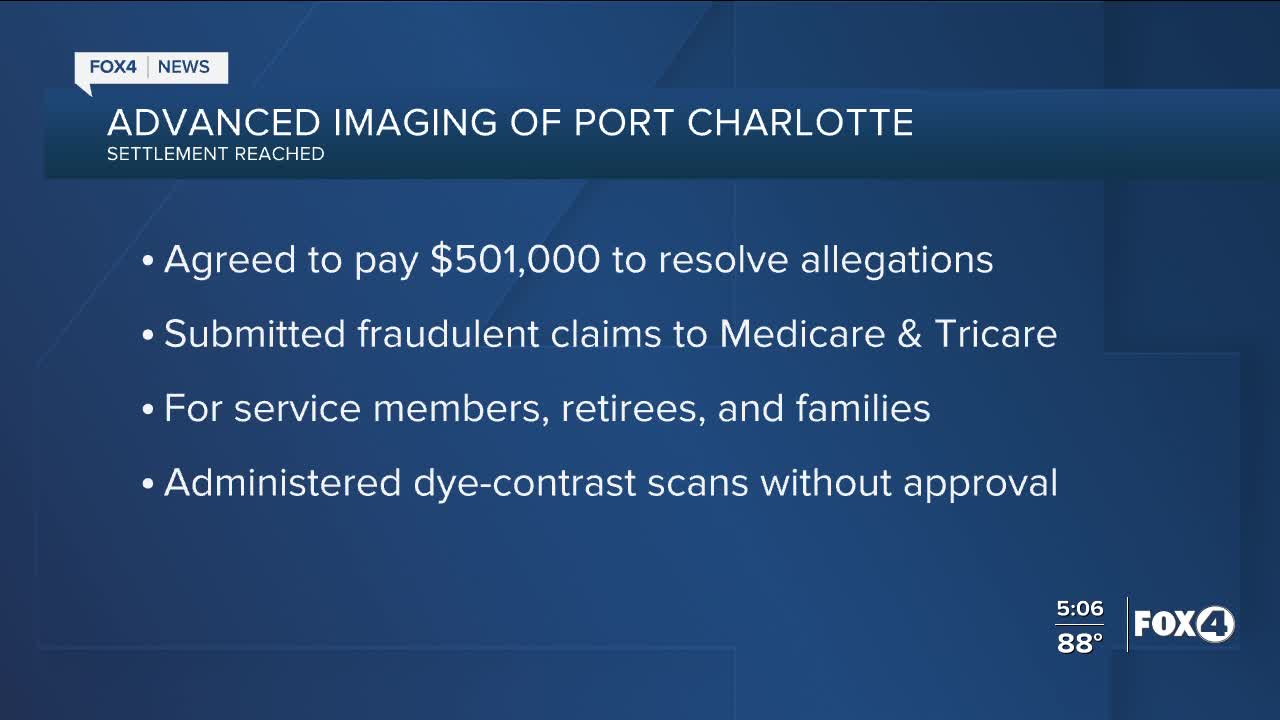 Advanced Imaging of Port Charlotte, LLC will pay $501,000 to resolve allegations that it violated the False Claims Act.

The United States Attorney Maria Chapa Lopez announced it in a press release on Friday.

According to the press release, the settlement indicates advance Imaging knowingly submitted the fraudulent claims to both Medicare and Tricare.

Tricare is a health care program for service members, retirees, and their families.

The press release also says they administered dye contrast scans without the supervision of a physician. Federal regulations require this process.

It also says they improperly billed patients for services performed by doctors who were not adequately credentialed by Medicare.

"This settlement reflects our continuing efforts to protect our military and their families, our community, and the taxpayers by ensuring that the care provided to beneficiaries of government-funded healthcare programs is consistent with federal regulations," said the United States Attorney Chapa Lopez.

"We will continue to hold healthcare providers accountable when they provide services by individuals who are not credentialed, licensed, or appropriately supervised."

The U.S. Attorney's Office for the Middle District of Florida, DCIS, and the U.S. Department of Health and Human Services Office of Inspector General coordinated to develop this settlement.

"DCIS appreciates the continual support of the U.S. Attorney's Office throughout Florida for their efforts to recoup financial losses which will be used for the care of our military beneficiaries."