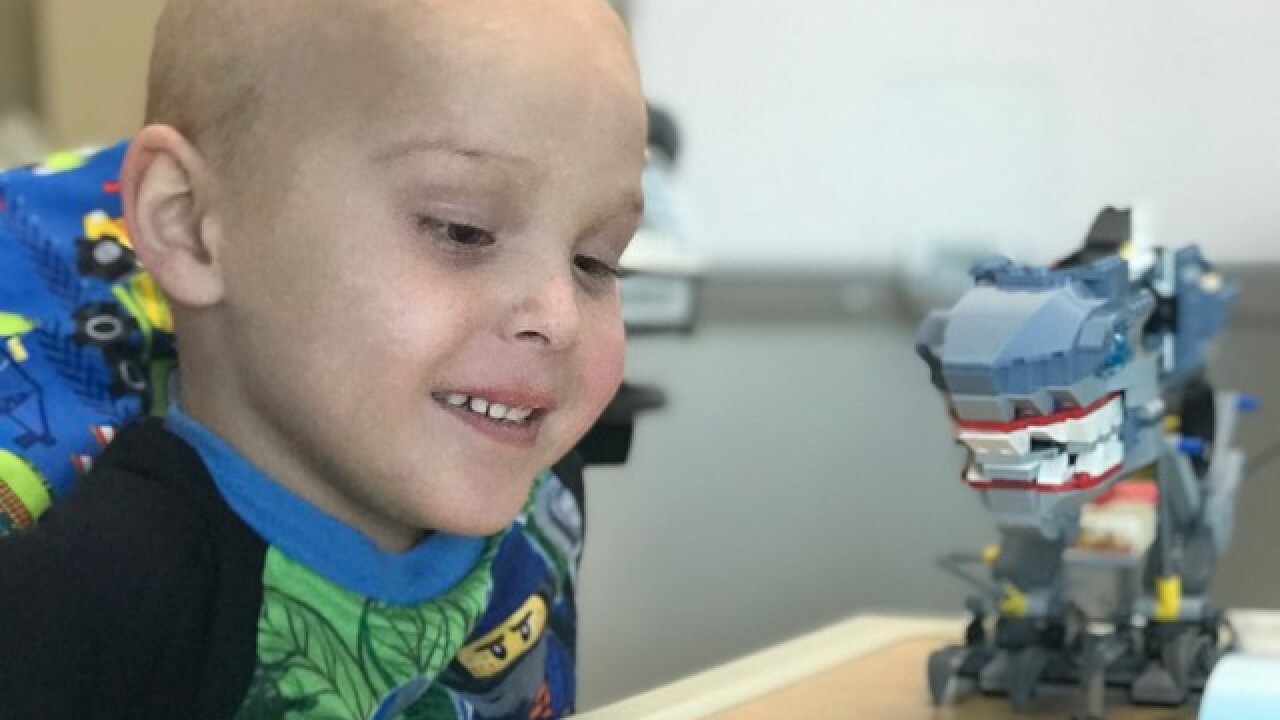 Adyn Pickett, who was diagnosed with acute lymphoblastic leukemia, underwent 10 grueling months of chemotherapy. It tested his resolve and yearn for life.

Adyn didn't say much while he was overcoming his medical problems. Instead, he focused his attention on toys, becoming a master builder of Legos.

“I’ve gotta go all the way back cause I have to build two legs,” Adyn said, as he was crafting his creation, with the patience of a skilled architect.

Adyn, 6-years-old, builds dozens of them in a month. The pieces cover every inch of his room.

They call it the Lego museum.

Adyn has the patience and the time to devote to his hobby. Initially diagnosed in December 2016, he underwent the maintenance phase after his 22 months in chemotherapy.

“I would love to crawl underneath that table and just lose it and not do anything and just kick and scream," Erica Pickett said, his mother, "but this is a means to an end. We’re going to fight it."

The Picketts are fighting leukemia one Lego at a time -- “because it makes my heart happy,” Adyn said.

“This has really gotten him through some really really tough days,” Erica said, referring to her son's Lego hobby. “As a mom, it makes me proud that through all of this he has stayed as positive.”

Adyn still has a ways to go in his recovery process. When the family returned to the hospital four days after Adyn relapsed, the doctors discovered leukemia returning into his bone marrow. The bone marrow was the site where the cancer was originally found and that lead Adyn to those initial 10 grueling months of chemotherapy.

The employees behind Legos learned Adyn Pickett's story — and offered him a once-in-a-lifetime trip.

However, the family had a stroke of luck. Adyn’s sister, Abby, defied one in four odds. The doctors found out that she was a match for her brother, becoming a potential donor for Adyn's bone marrow transplant.

It’s a family fight to beat cancer. But an expensive one at that. They have set a GoFundMe to help with the expenses. As of publication, the family has raised $5,000 of their $10,000 goal.

Adyn is blessed to be a child, as he continues to focus on his Legos. The 6-year-old doesn't have to worry about medical bills, only his survival.