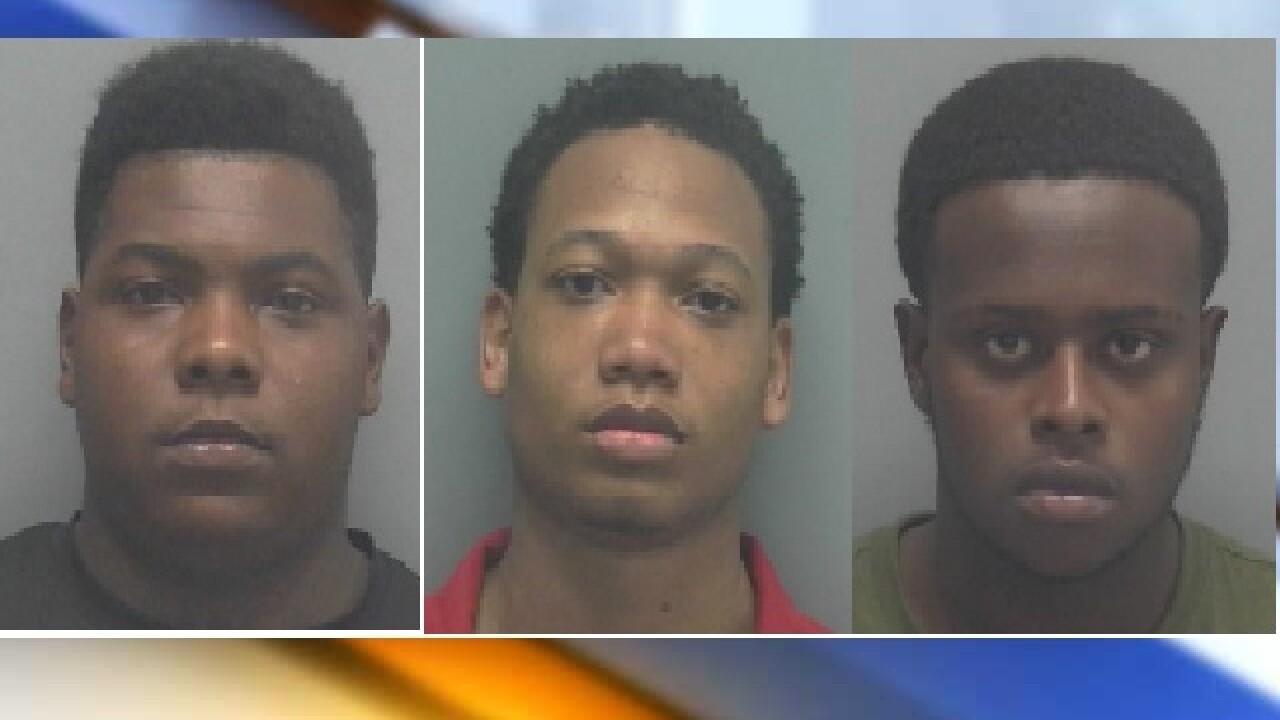 It happened at the Mystic Gardens complex on Summerlin Road south of Fowler Street.

According to Fort Myers Police, at 3:50 p.m., witnesses told officers that they saw a woman jumping onto the hood of a car that was moving and attempting to break the windshield.

The car was occupied by five males, ages 15 to 19, when it smashed into a fountain on the property.

Further investigation determined that three of the males had entered an apartment claiming to be buying drugs, but instead threatened the residents with handguns and left with $900 cash, a Playstation, and "fake" money.

All are charged with Felony Home Invasion with a Firearm. 2 handguns, 1 airsoft gun, and drugs were seized.

The investigation is ongoing.