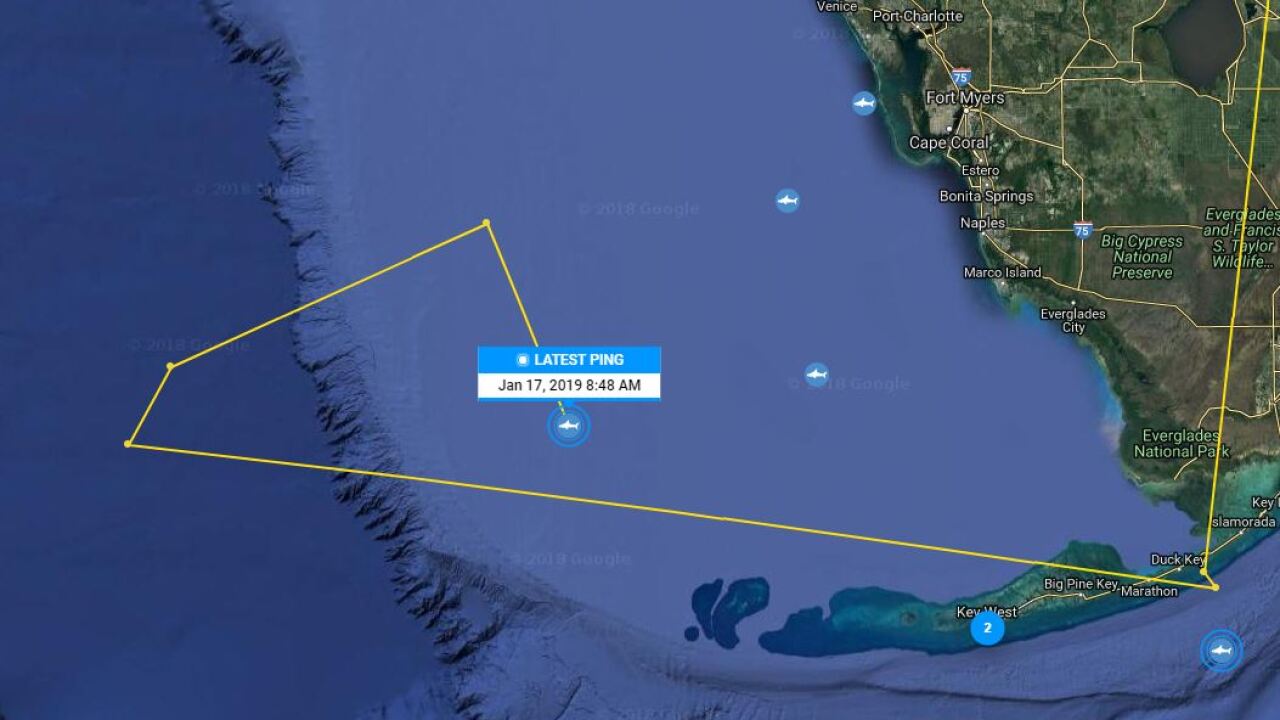 The scientific organization Ocearch reports that the shark they call "Nova" has been tracked to an area approximately 120 miles WSW of Marco Island as of Thursday.

The 11-foot, 1186-pound great white was tagged with a GPS tracker on September 24, 2018 off Nova Scotia. Over the next three months, the tracker shows he swam down the east coast, around the southern tip of Florida, and into the Gulf of Mexico.