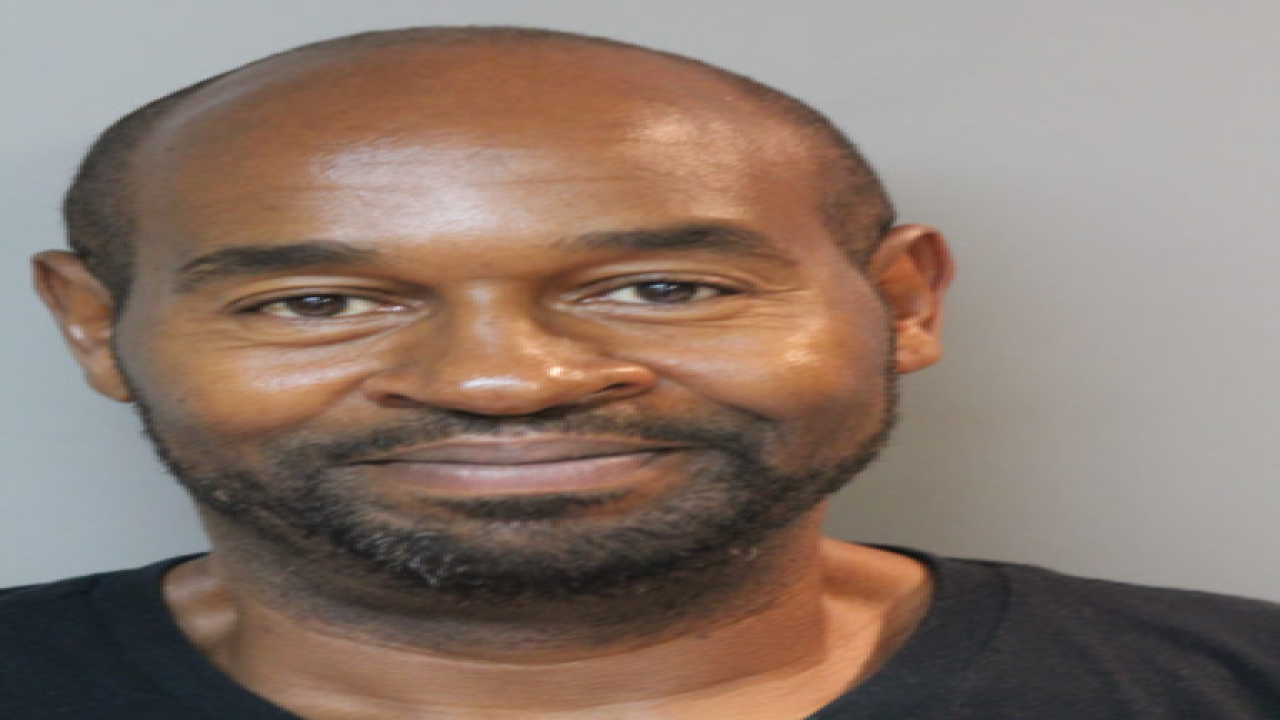 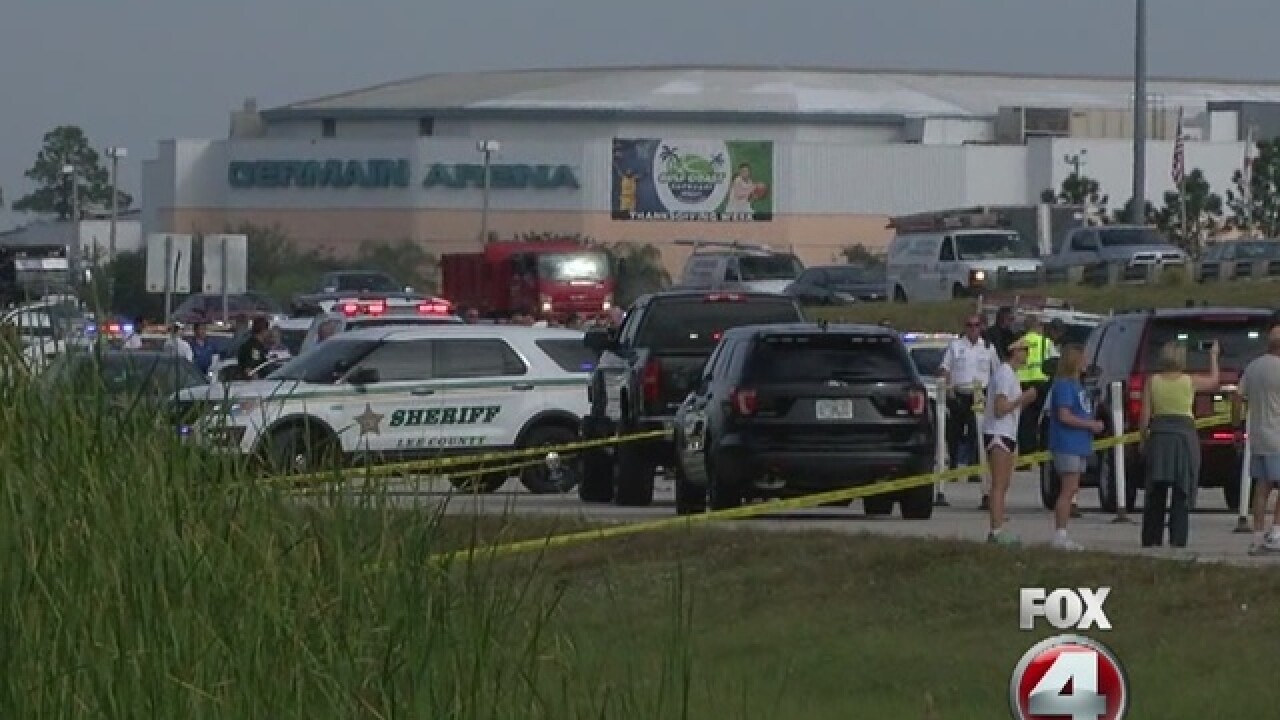 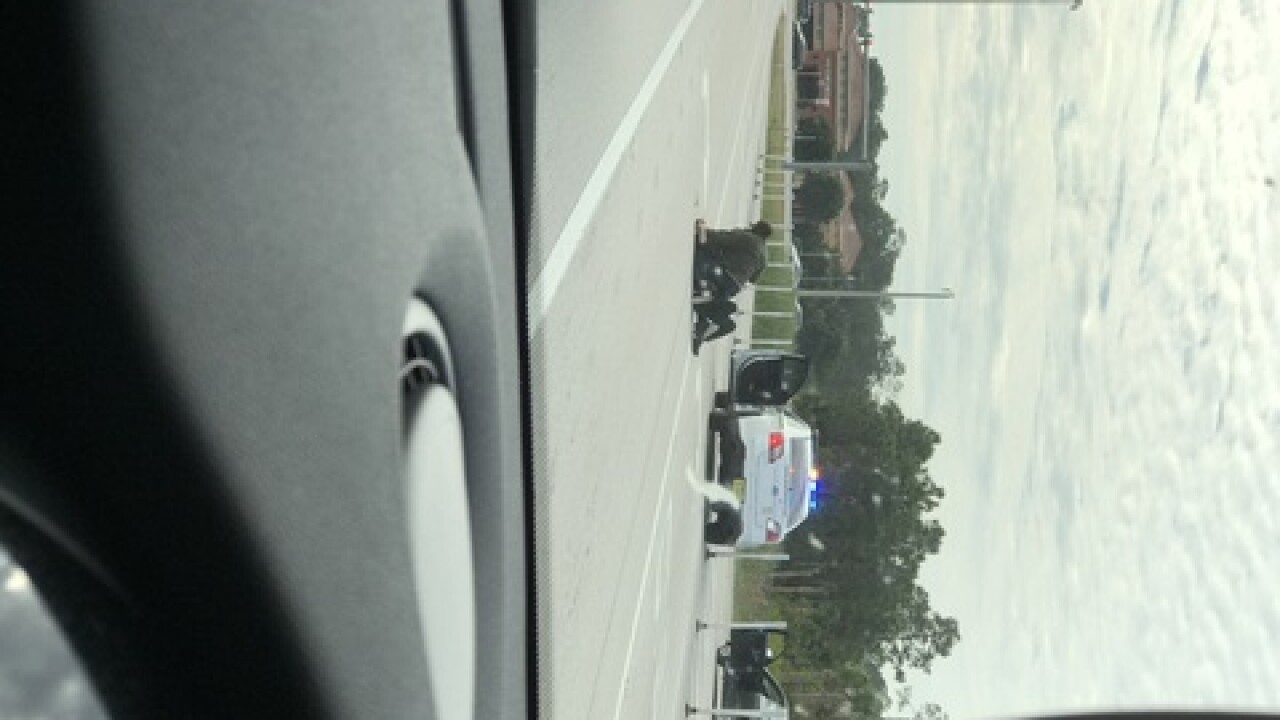 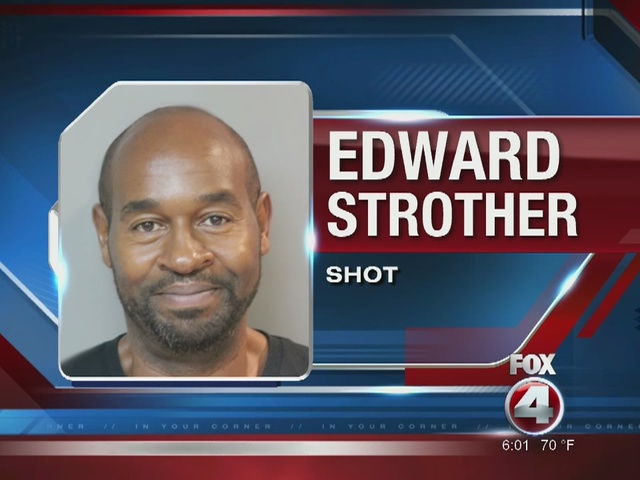 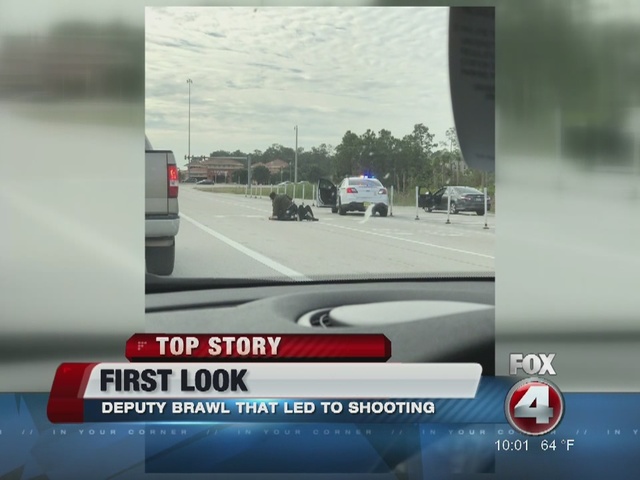 FORT MYERS, Fla. -- The Lee County Sheriff's Office has released information about the deadly shooting that took place on the off ramp of I-75 Monday at Corkscrew Road.

On November 14, 2016 at approximately 9:30 am Lee County Sheriff’s Deputy Dean Bardes was assisting the Florida Highway Patrol with an unrelated traffic crash on I-75.  During this time Edward Strother entered into the crash scene with his vehicle and narrowly missed striking Deputy Bardes.  Deputy Bardes believed this act was intentional and gave pursuit southbound on I-75.

The authorized pursuit ended on the southbound off ramp of I-75 at Corkscrew Road.  At this location Edward Strother exited his vehicle and advanced on Deputy Bardes as he exited his patrol car.  Strother violently attacked Deputy Bardes and viciously slammed the deputy to the ground.

Once on the ground Strother pinned the deputy on his back and continued his brutal physical attack.  Deputy Bardes could not break free and was struggling to retain his weapon from his attacker.   Deadly Force was being used for the second time against Deputy Bardes at this point.

Edward Strother at the time had an active misdemeanor arrest warrant for Failure to Appear on a Battery charge in Florida.  He had no felony convictions.

The picture attached to this article is a picture of Edward Strother from the Polk County Sheriff's office.

"It's unfortunate that these things happen, but if you see somebody in trouble you should intervene," said Walt Zalisko, a private investigator who is unattached to the case.

We're learning more about the deputy involved in this case.  4 in Your Corner obtained his performance evaluation.

According to the evaluation, Deputy Bardes struggled with an arrestee in 2014.  The arrestee ran away, and it took deputies 45 minutes to find him again.

But in his most recent evaluation, Bardes was rated "above standard" for security of detainees.

His personnel file shows Deputy Bardes was counseled in July for his second preventable crash within 3 years.

Most of the comments on his evaluations described him to have great work ethic, attitude, and professionalism with people.  One evaluator describes him as a leader in traffic stops.

Deputy Bardes is in the hospital and is expected to make a full recovery.

Deputy Dean Bardes faced a similar set of circumstances on the morning of November 14, 2016.  After a short vehicle pursuit Dean found himself in the fight of his life as he served to preserve the peace and dignity of this fine community.  At the end of the pursuit Dean was viciously attacked by the motorist he just stopped.

During this brutal confrontation Dean sustained physical injuries which he will recover from. I appreciate Dean’s courage, and I pray for his full recovery.

I want to thank the many motorists who offered themselves as eyewitnesses.  My deepest and sincere appreciation goes to the citizen who engaged the crazed assailant and stopped the imminent threat of great bodily harm or death to our Deputy."