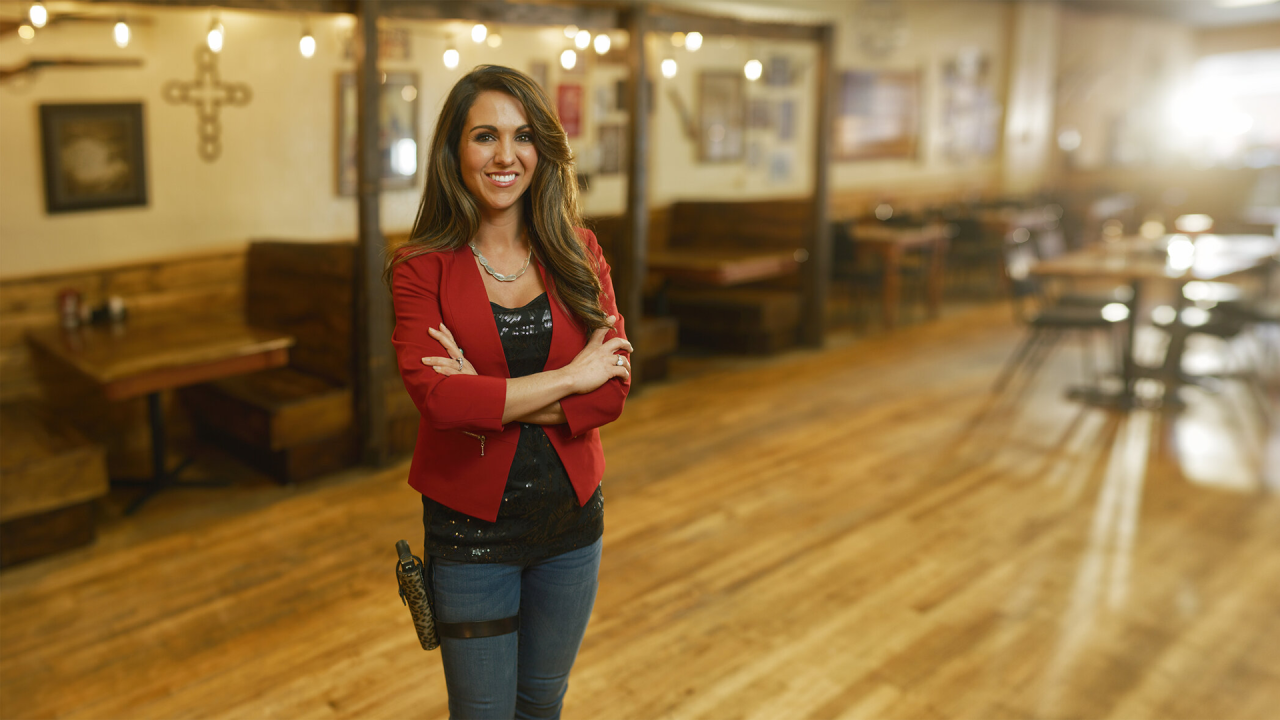 "3rd District Republicans have decided who they want to run against the Democrats this November. I want to congratulate Lauren Boebert and wish her and her supporters well," Tipton said in a statement.

Tipton is in his fifth term as the Third Congressional District representative, but Boebert challenged him from the right this year in an effort to win over more conservative voters who believe Tipton has sided with Democrats too often on bipartisan deals.

Boebert owns Shooters Grill in Rifle, where employees open-carry firearms while serving. The restaurant was shut down by health officials last month she opened in lieu of Colorado public health guidance amid the coronavirus pandemic.

Boebert has touted her Second Amendment bonafides during the campaign. Her website says she is "heading to Congress to drain the swamp, stand up for our rights, and tell all the left-wing lunatics we don't want more government control, we want our freedom!"

She received support from some county sheriffs in western Colorado. She gained national attention last year when she yelled at then-Democratic presidential candidate Beto O'Rourke at a rally, "Hell no, you won't take our guns."

She also discussed being interested in the QAnon conspiracy theory in an online show captured by Media Matters.

"No, honestly, everything that I've heard of Q, I hope that this is real. Because it only means that America is getting stronger and better, and people are returning to conservative values, and that's what I am for," she said in the interview clip. "And so, everything that I have heard about this movement is only motivating and encouraging and bringing people together, stronger. And if this is real, then it can be really great for our country."

QAnon is a far-right conspiracy theory that details Trump's fight against a takeover plot by the "deep state." The baseless theory has resulted in many supporters harassing and "doxing" public figures. In 2018, an armed man blocked a highway at the Hoover Dam, demanding information linked to the conspiracy. He's since pleaded guilty to making terroristic threats.

Boebert said in an interview Tuesday night that November's Third Congressional District race will be "a fight for freedom against the Democrats."

"People don't want the government telling them how to live their lives," she said. "They want to be free and live their own lives and pursue their own happiness, and I'll fight for that every day."

Boebert said she "didn't feel like we were being represented effectively" in regard to her challenge against Tipton, but said she would try to win over his supporters.

"It's time to rally together and get everyone who supported Congressman Tipton to join us in this fight," she said.

"Not even multiple endorsements from President Trump could save Congressman Scott Tipton from his extreme, QAnon caucus challenger. Washington Republicans should immediately disavow Lauren Boebert and her extremist, dangerous conspiracy theories," Bustos said in a statement.

"Congressman @ScottRTipton is a great supporter of the #MAGA Agenda! He fights for your #2A rights and the Border Wall. Scott is working hard for Colorado and has my Complete and Total Endorsement! #CO03," the president tweeted.

She defeated James Iacino 61% to 39% in the Democratic primary in the Third Congressional District, according to 9 p.m. returns.

"I am very excited to continue onto the general election to face Lauren Boebert. I want to thank everyone who worked so hard for this win: my amazing staff, dedicated hardworking volunteers, all the party chairs and activists, and generous donors," Mitsch Bush said in a statement." I am excited to continue my work fighting for working families, the environment and justice for all."

And just after Tipton conceded, President Trump congratulated Boebert in a tweet.

This story was originally published by Blair Miller on KMGH in Denver.