Safety measures in place for early voting in Lee County 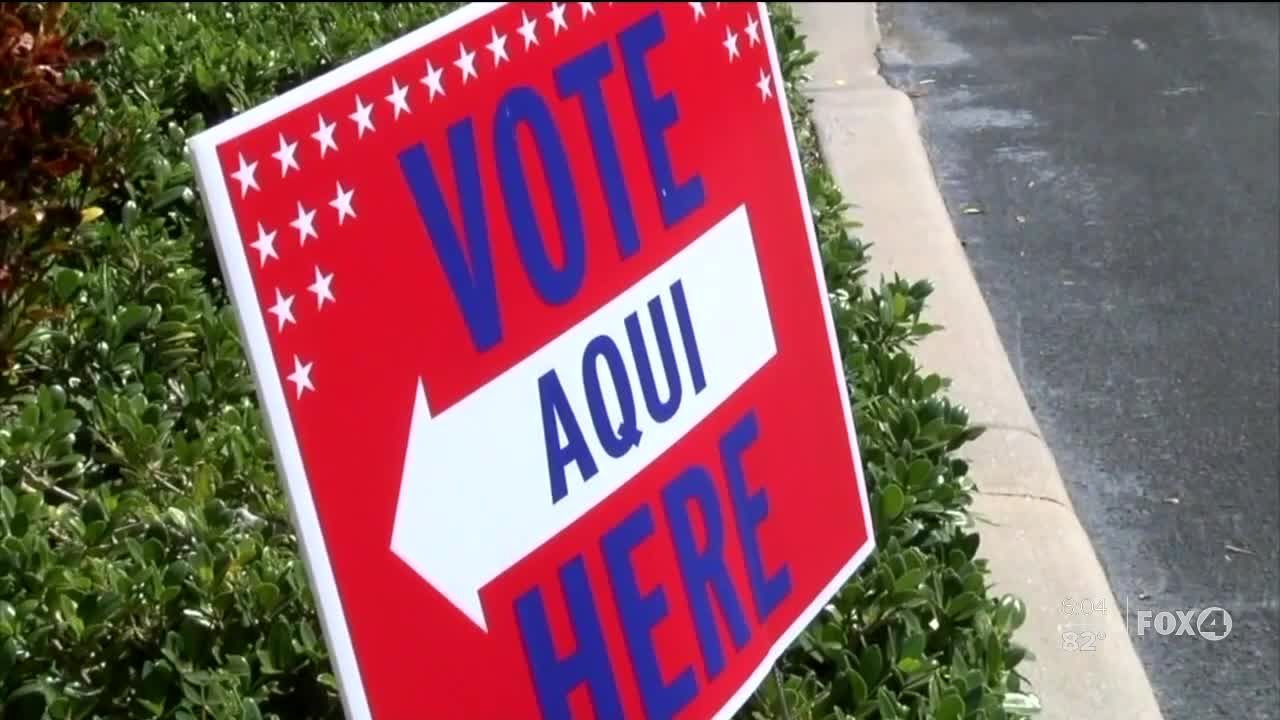 But because of the pandemic, early voters will see some changes when they head out to the polls.

"With the COVID-19, you can expect we're going to be following all the CDC recommendations," said Lee County Supervisor of Elections, Tommy Doyle.

Voters are expected to wear face masks inside the polling locations, those who don't have a face mask will be given one.

"All our polling workers will be wearing a mask or face shield," said Doyle.

Earlier this week, the Lee County Elections Office reported a shortage of poll workers, but Doyle says they have seen their number of volunteers increase.

"People are signing up, and now we are fully manned, so we're putting them on as alternates," said Doyle.

For those who prefer to vote-by-mail — it's not too late to request your ballot.

"You can drop off your vote-by-mail [ballot] at early voting locations, and we're going to set up drop off points away from the polling locations. Basically, it'll be a drive-thru drop off," said Doyle.

Doyle says this primary election has resulted in a historic number of vote-by-mail ballot requests.

The deadline to request a vote-by-mail ballot is Saturday before 5 p.m.