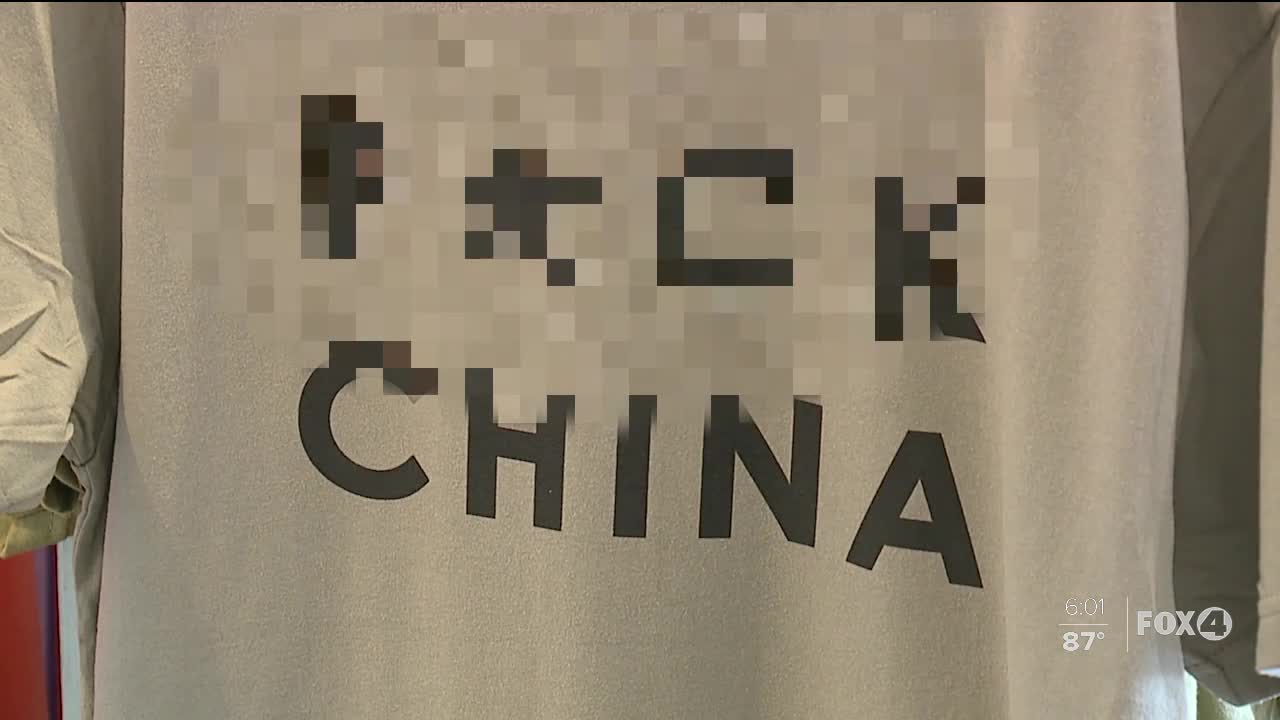 Creator of "F***" China t-shirt says controversial shirt is for the Chinese government, not people.

CAPE CORAL, Fla. — Steve Lane, the owner of Cape Life where the F*** China t-shirt is sold said he’s lost a lot of business because of the pandemic. He said the shirt represents his anger toward the Chinese government, not people.

He said he’s frustrated with the country’s leaders because they withheld information about the novel coronavirus until it was too late.

“Well, we don’t find out about it until two months later, what’s really going on. And they knew before hand, that’s a problem,” he said.

He added they’re the reason why the U.S. had to close its economy and administer stay-at-home orders.

President Donald Trump has also publicly blamed the country for the pandemic. He refuted reporters when they asked if calling the virus the Chinese virus was racist.

“It’s not racist. It comes from China,” said the President.

Lane said that his message is not racist either.

“As far as it being a racist thing, I think people understand its not the Chinese people,” he said.

But Asian Americans have reported they’ve been victims of violent attacks since the pandemic came to the U.S.

“When nobody really wants to take responsibility for an action, it’s easier to blame it on another faction or group of people. When I see that sign, that t-shirt, that’s what I see,” said Thomas.

But, Lane said the people acting violently would do that with or without a t-shirt.

“People attack the Chinese people for that reason, I think that’s pretty ignorant,” he said.

Thomas said Lane could have a point, but seeing this shirt could push some people over the edge who were already contemplating violence,

“They want to focus the anger on a group, because quote: they’re responsible. Then the reality is that person will look at that shirt. It makes them angry and they follow that impulse,” he said.

Even though the First Amendment allows Lane to print these shirts, Thomas said he should be aware of the unintended consequences.

“We have to be very cognizant of what we say, so that we don’t inflame people to do things that they wouldn’t normally do. Or, better yet, they feel justified in doing it.”