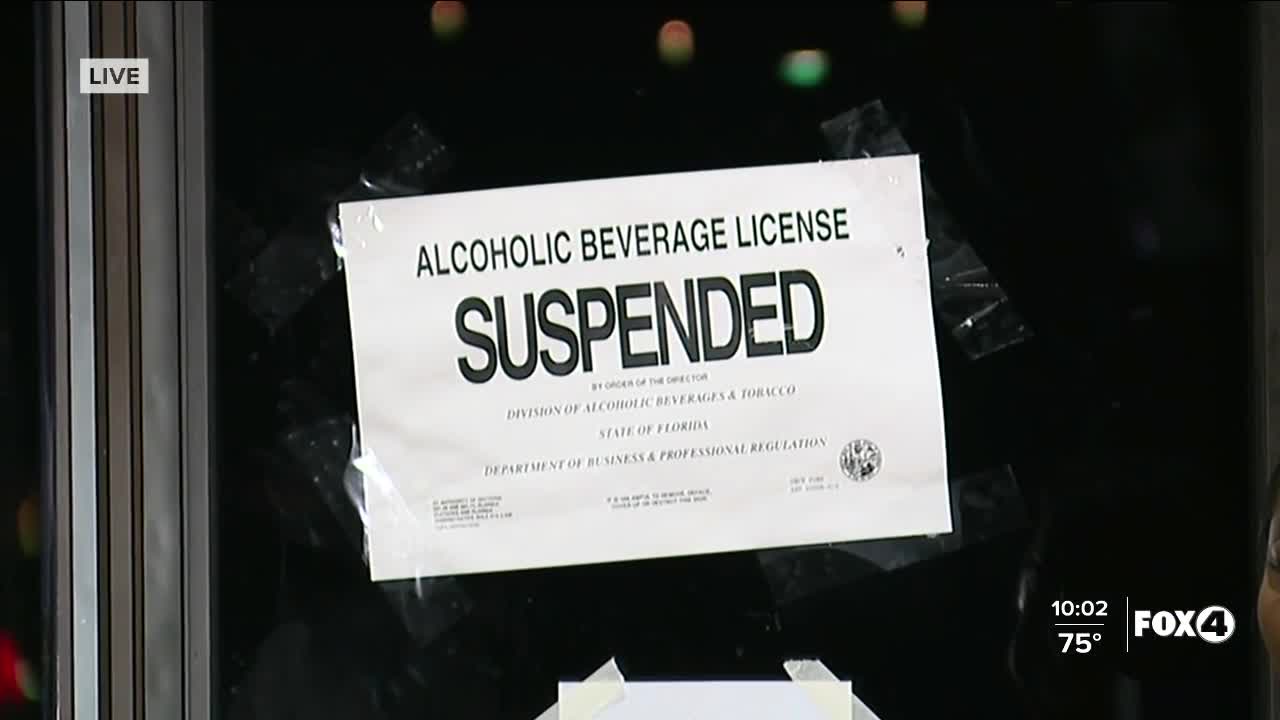 Some restaurants finding it harder than others to follow COVID-19 safety guidelines.

ESTERO, Fla. — Owners of Rusty’s Raw Bar and Grill in Estero are disputing claims that they violated CDC guidelines.

The bar’s liquor license was suspended after the Florida Department of Business, and Professional Regulations says it hosted a large gathering over the weekend.

“I am surprised and a little bit appalled with everything going on, this guy is trying to make a living and its a great little bar, they run it well. They seem to be jumping through every hoop, nobodies trying to get away with anything, so its a little bit unfortunate,” said Don Angell.

Dozens of customers left the restaurant Tuesday evening after reading large signs posted on the doors stating “no alcohol”.

“This is the greatest place to come and visit and relax, it was shocking to see this because they are so good to other patrons,” says Toni Cirone.

“Rusty’s restaurant management has camera footage of the entire evening, which shows that at no point in time was there ever more than the maximum allowed under the Governor’s executive order.”

The state claims over 200 people were inside the restaurant Saturday evening, and more were waiting outside.

“Maybe three strikes your out, but to suspend them, I think is a little strong,” said Angell.

Director of Operations, Yunus Rassoull, says Rusty’s news does not come as a surprise.

“It is not shocking to us because we’ve seen it take place, and we know its one thing the state is doing to help enforce the rules,” said Rassoull.

Ford’s is setting the standard by launching the “Be the Safest Campaign,” urging customers to follow new guidelines.

“We want our guests to know if they come to Ford’s Garage; it is going to be the safest place that they can eat with their family,” said Rassoull.

They say a loss for one restaurant, is a loss for them all, encouraging Rusty’s to keep pushing on and make safety a priority.

“We are in support of every restaurant really being great about the safety because it will let everyone know that they can have a meal and not worry about being in a dangerous environment,” said Rassoull.

While the Rusty’s Raw Bar & Grill location in Estero cannot sell alcohol at the moment, they remain open, serving food and beverages.