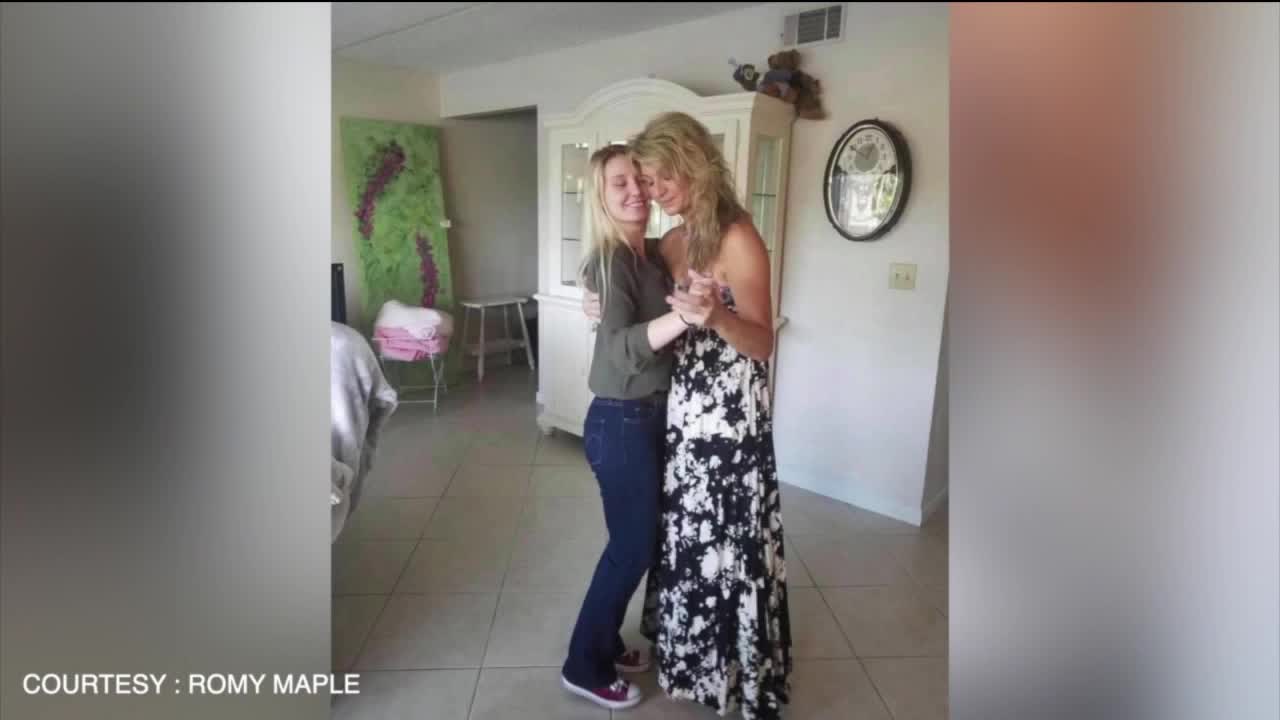 One mother shares her heartbreaking story of missing her daughters wedding due to the Coronavirus. She expresses her sadness in song.

CAPE CORAL, Fla. — One heartbroken mother sings a song she wrote titled “Empty Chair”, a dedication to her absence at her daughter's wedding.

Romy Maple, mother of 2 who now lives in Hawaii says her kids are her pride and joy. Her youngest daughter recently got married here in Cape Coral on July 26th. Maples says nothing was going to get in her way of attending, including her underlying health conditions and the Coronavirus.

One call ended her determination.

“So I called the airline on Tuesday, July 25th, or the day before I was flying out. I was going to get in on the 26th, and they told me the flight had been canceled,” said Maple.

“Mamas just don't miss their daughter's weddings, and it’s been very gut-wrenching for me to wrap my heart around missing that day”, said Maple.

Heartbroken by the news, she sent a bouquet of flowers to sit as a placeholder in her chair. Maple says she then received an unexpected text the morning of the wedding

“My daughter sent me a message saying mom you're not going to believe this, my flowers froze and was so grateful that I had that bouquet made, and she ended up using that bouquet for her wedding,” said Maple.

Maple says despite sending flowers and writing the song, she is still suffering because she hurt her best friend.

“My daughter was pretty hurt, basically asked not to speak to me until after the wedding. So that was really hard for me and I was supposed to get the video right after the ceremony and I didn’t until the next day. She was my best friend and I broke her heart and hope she can forgive me I don't know,” said Maple.

“These emotions are real. I almost want to say unrepeatable harm because it’s something you can’t take back,” said Maple.