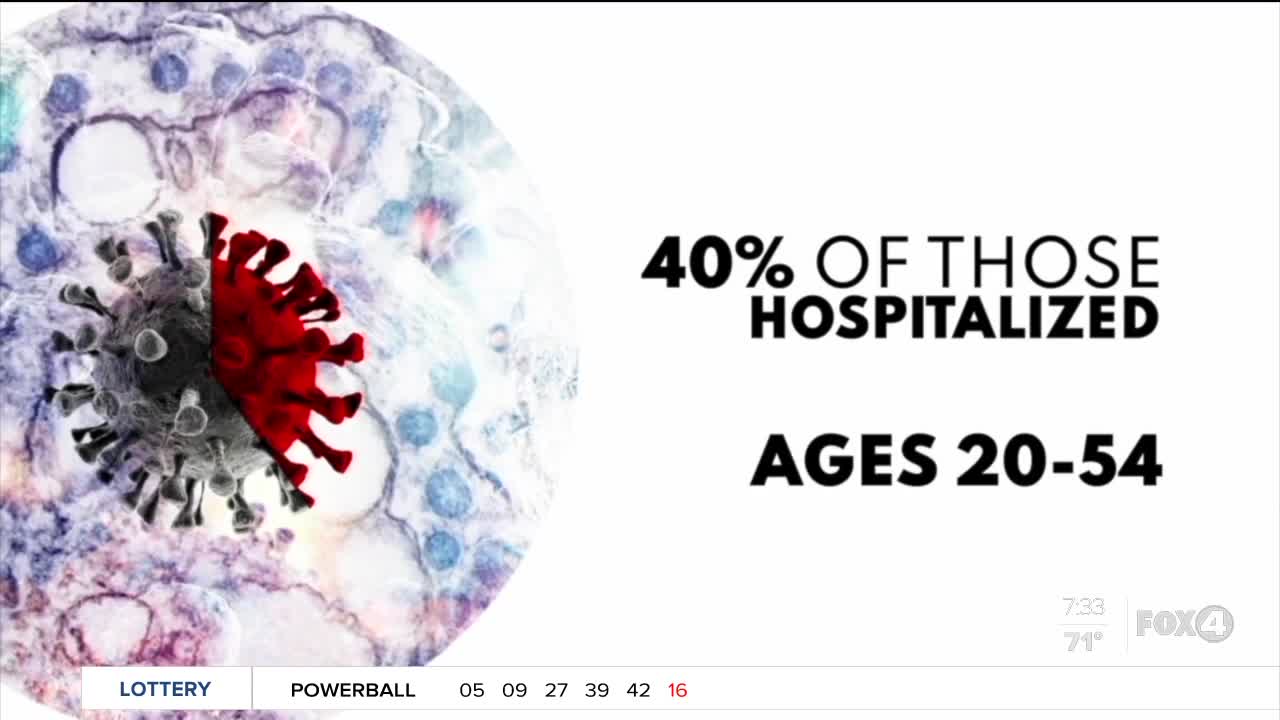 The new report from the CDC shows more young people are getting seriously sick from COVID-19 than initially thought. Data shows nearly 40% of those hospitalized are between the age of 20 and 54.

CAPE CORAL, Fla -- We know the elderly population is most at-risk when it comes to COVID-19. However, new data suggests the virus is starting to significantly affect younger populations as well.

The new report from the CDC shows more young people are getting seriously sick, than initially thought. Data shows nearly 40% of those hospitalized are between the ages of 20 and 54.

Doctors aren't sure why we're seeing more cases in that age group. It could be that more cases are becoming critical as total cases surge. There are also reports of younger populations not practicing social distancing.

In France and Italy, young COVID-19 patients have been facing complications while in ICU. Doctors say we're still learning from Europe and China, to fully understand the virus.

"Until we have widespread testing available, we're just not gonna know, and so we're always gonna be guessing you know who's more at risk, what population is in danger, but what we know for sure is this young, healthy population who i think can be at risk for thinking they're not vulnerable, is absolutely at risk for contracting this virus, getting severe invasive disease, and dying," said Dr. Steve Cobb, Chief Medical Officer at Centura Health Denver Metro Group.

The CDC still believes the greatest coronavirus risk is to the older population, specifically when it comes to the number of deadly cases we're seeing.

About 80% of deadly cases in the U.S. have been patients 65+. Less than 1% have been in that younger age group.

According to the state Department of Emergency Management, one of the new cases in Lee County is a 10-year-old boy. The department says the boy traveled to Colorado recently, but he does live in Southwest Florida.