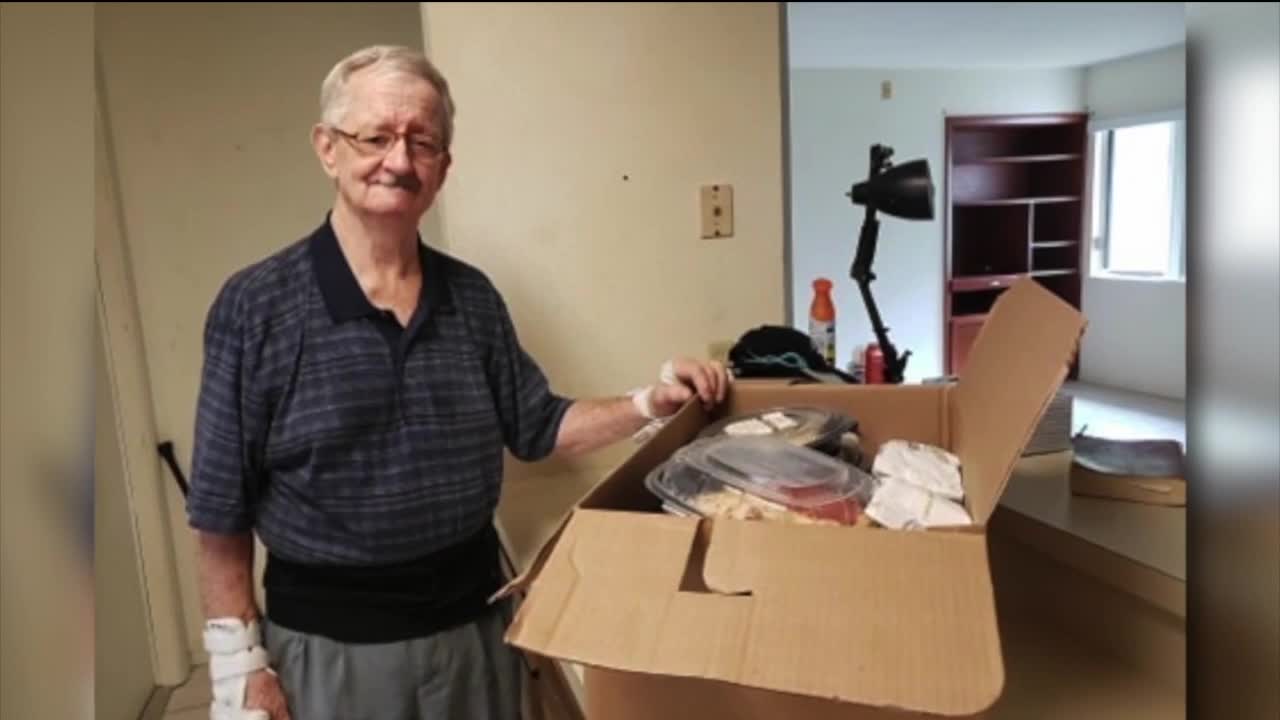 Coronavirus restrictions prevent Peter Sherman from seeing the love of his life in the hospital. He's also facing foreclosure. So, his Lyft driver is helping out.

Peter Sherman said all he can think about is his partner Gloria Jacobs.

“I’d just give her a great big hug and not let go,” he said.

But now he can’t do that because of coronavirus. Jacobs is at Fawcett Memorial Hospital with dementia.

“This is the first time we’ve ever been apart,” he said.

His Lyft driver Joyce Olsson reached out for help on Facebook once she found out Sherman’s fridge was empty and he was facing foreclosure.

Olsson said she used to take peter to visit Jacobs and he cried the last few times they wouldn’t let him in.

“He’d like to be able to provide a home for her, and save the house if possible, and get to see her,” she said.

She wanted to help him do that. Facebook friends responded to her message with resources for mortgage help. Olive Garden also donated a box of food to Olsson for Sherman.

“When she showed up at the door this morning,” said Sherman. “She’s got the biggest heart. I can’t tell ya.”

But Sherman said his concerns go beyond the hospitals restricted visitation. He said doctors want to put Jacobs in a nursing home. And there’s nothing he can do about that, because they’re not married.

“They say I don’t have any rights, because I’m just a domestic partner,” he said.

He said he tried to get Jacobs to sign HIPPA and surrogate paperwork allowing him to make decisions for her, but doctors wouldn’t allow it because of her dementia.

Attorney Stephen Buckley said the hospital could say it’s too late for Jacobs to come home with Sherman.

Buckley said Sherman could try to get legal help to to get authority to be a part of Jacobs’ care, but even then there are no guarantees.

As for Sherman’s foreclosure, there’s some help for him from the White house. President Donald Trump has temporarily stopped evictions and foreclosures for the time being. So, peter should be able to stay in his home at least through April.