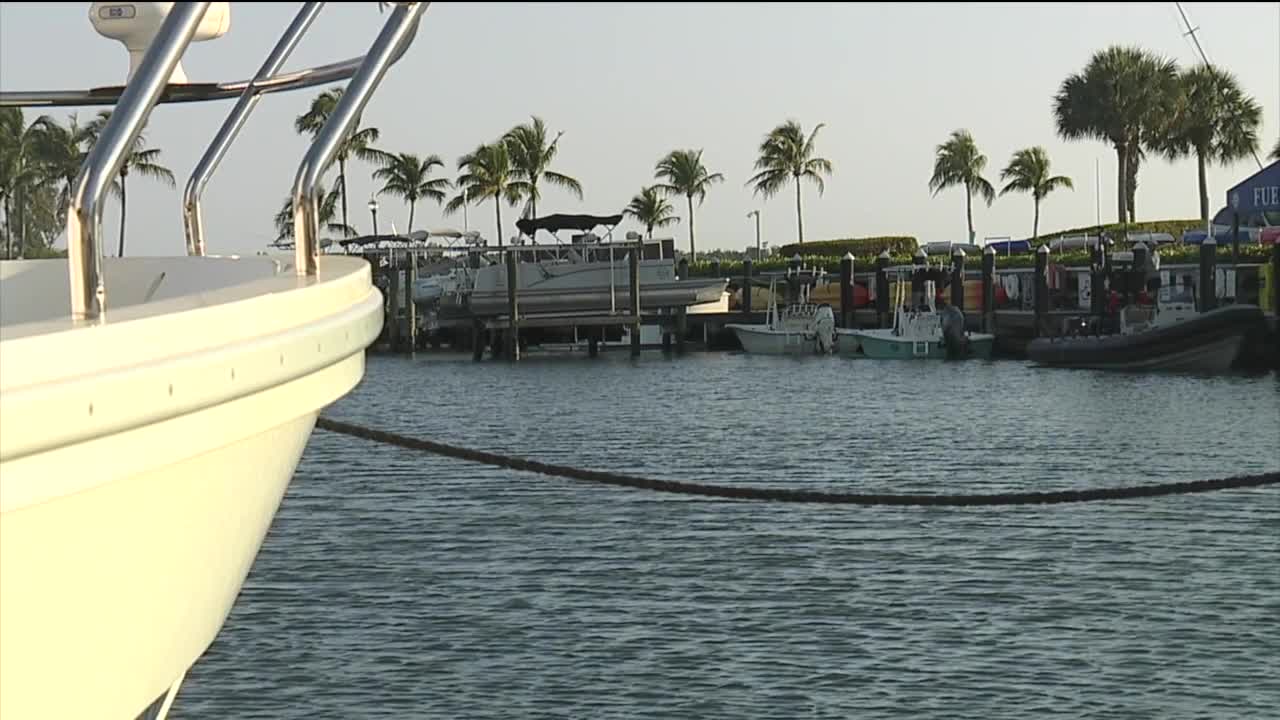 The Lee County Sheriff's Office is reminding boaters that they to follow coronavirus safety practices while out on the water.

LEE COUNTY, FLA — At a press conference on Thursday, Lee County Sheriff Carmine Marceno had this to say to those in the area:

"We realize you can go out on your boat. But make no mistake we need you to listen to what we need you to do," said Marceno, "Limit the exposure to the general public."

It's a warning and reminder for those looking to hit the water over the weekend, to help cut down on the spread of coronavirus.

The sheriff's office also shared footage recorded by its helicopter to make the case it will be watching to see boaters are practicing social distancing and not docking near closed beaches.

Sheriff Marceno says they'll be mostly educating folks, but that won't stop them from taking things up a notch if they have to.

"Make no mistake we are still a law enforcement agency. If we don't gain compliance through education and awareness, okay, we still have the right to arrest," said Marceno.

Boaters Fox 4 spoke to say they get it, adding no one should be breaking the rules.

"It's not good for society when a small group of people that violate basic standards and it's not ethical," said Todd Rhey, owner of Yachts of Fun boat rentals.

Rhey is a charter boat captain and says he's cancelled all trips because of COVID-19, knowing some people without symptoms can spread it.

He thinks a little fresh air will be good for people this weekend, but is asking his fellow boaters to heed the sheriff's warning for everyone's sake.

"Obey the rules, obey the laws and keep your distance," said Rhey.