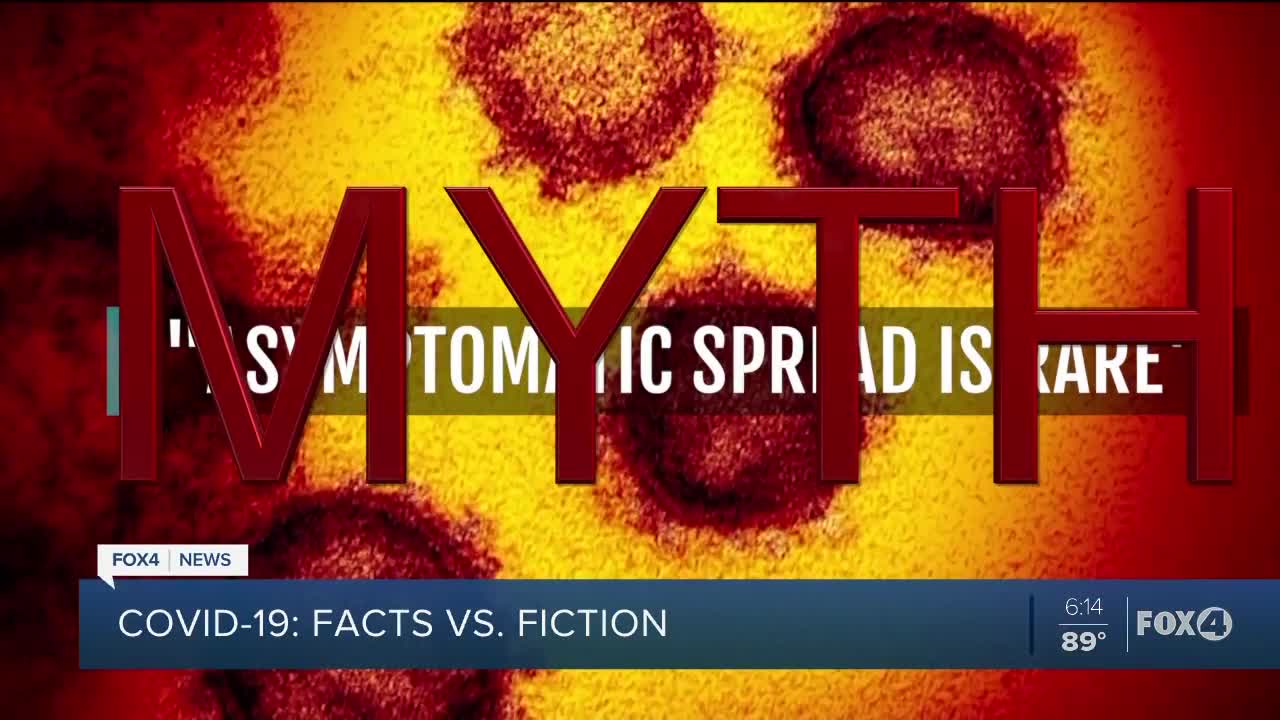 The Centers for Disease Control and Prevention clears up some common myths about COVID-19, including the likelihood of asymptomatic people spreading the virus.

A myth about asymptomatic spread started when a World Health Organization official said that asymptomatic transmission is rare, and then corrected it days later.

The CDC’s updated data released Friday shows 75 percent of asymptomatic carriers can spread the virus. Robert Hawkes, the Physician Assistant Program Director at Florida Gulf Coast University says that’s why it’s up to everyone, even those who feel fine to do their part in slowing the spread.

“That means it’s even more important to continue to wear masks and to do social distancing," he said. "It is important. Again, we’re not only protecting ourselves, we’re trying to protect the community as a whole.”

FACT: Experts say transmission is lowest when everyone wears a mask.

The CDC’s updated data shows 40 percent of COVID positive cases have no symptoms at all. That’s a five percent jump from their estimate in May.

“I think another reason why we’re seeing the increased percentage of people that are now asymptomatic is because its impacting more of the younger population,” said Hawkes.

With stronger immune systems, Hawkes says younger people may not show symptoms, but they can still transmit it to family friends, and even strangers in passing.

Hawkes also explained the change in probability in transmission from May’s data to this month’s statistics.

The CDC says the most recent data shows estimates based on positive cases and those numbers could change depending on several factors.