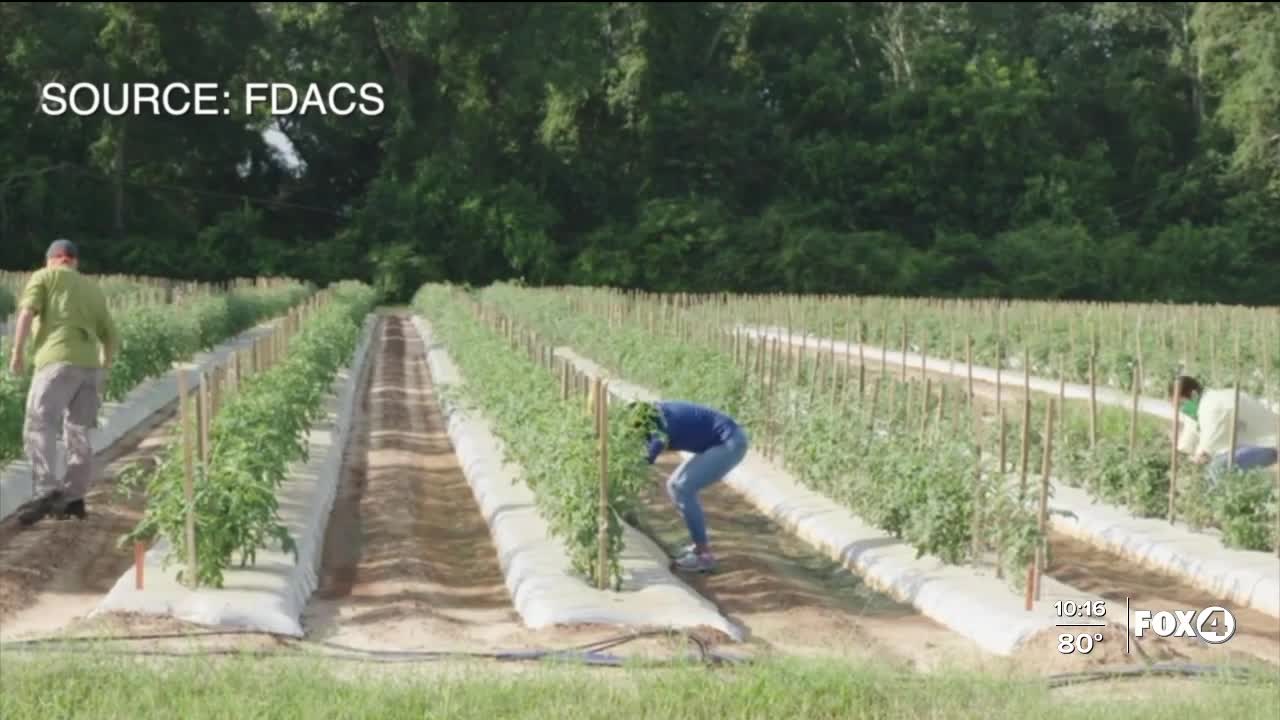 The Florida Department of Agriculture and Consumer Services says they offered Collier County additional COVID-19 testing services for farmworkers in August, which the county turned down. Farmworkers say they’re not ready for the 15,000 migrant workers returning to Immokalee for harvest next month.

COLLIER COUNTY, Fla. — COVID-19 took a striking toll on the agriculture industry. First and foremost, the farmworkers, and the business as a whole, costing the industry $522 million.

To prevent another gut-wrenching hit like that this harvest season, Florida Agriculture Commissioner Nikki Fried reached out to major farming communities across the state to provide additional COVID-19 testing for farmworkers. St. Lucie, Hendry, Hillsborough, and Miami-Dade counties accepted. Collier County did not.

“Quite frankly they said that they’ve been doing so much testing already that they felt that they had this under control,” said Commissioner Fried.

The Florida Department of Health in Collier County released a statement:

“…we found that they [Dept. of Agriculture] were underinformed about our efforts including the fact that we were already (and still are) offering testing in Immokalee six days per week, that we have a community outreach plan to promote testing in the Immokalee community, and that we have acquired the RV for mobile testing. Afterwards, the Department of Agriculture did not offer any additional staffing resources to help with our ongoing efforts.”

Commissioner Fried said funding is from the cares act and could only be used for additional state testing.

Gerardo Reyez Chavez, with the Coalition of Immokalee Workers, says everyone was consulted except for those who matter most in this scenario. Farmworkers on the frontlines, and as migrants often living in crowded spaces.

“What’s troubling is that they didn’t contact any of the local leaders,” said Chavez.

Commissioner Fried says her offer is still on the table.

“We of course, if in fact we start seeing spikes in Collier County, or they become overwhelmed, we will continue to monitor it with them and give assistance if they so choose to take up the assistance that we are offering,” she said.

Chavez’s hoping the county will act on this sooner rather than later.

“We’re asking for this because the work we do is also important. Extremely important, and everybody depends on that,” he said.

The state testing will also give quicker results. Farmworkers will know their status within 48 hours.