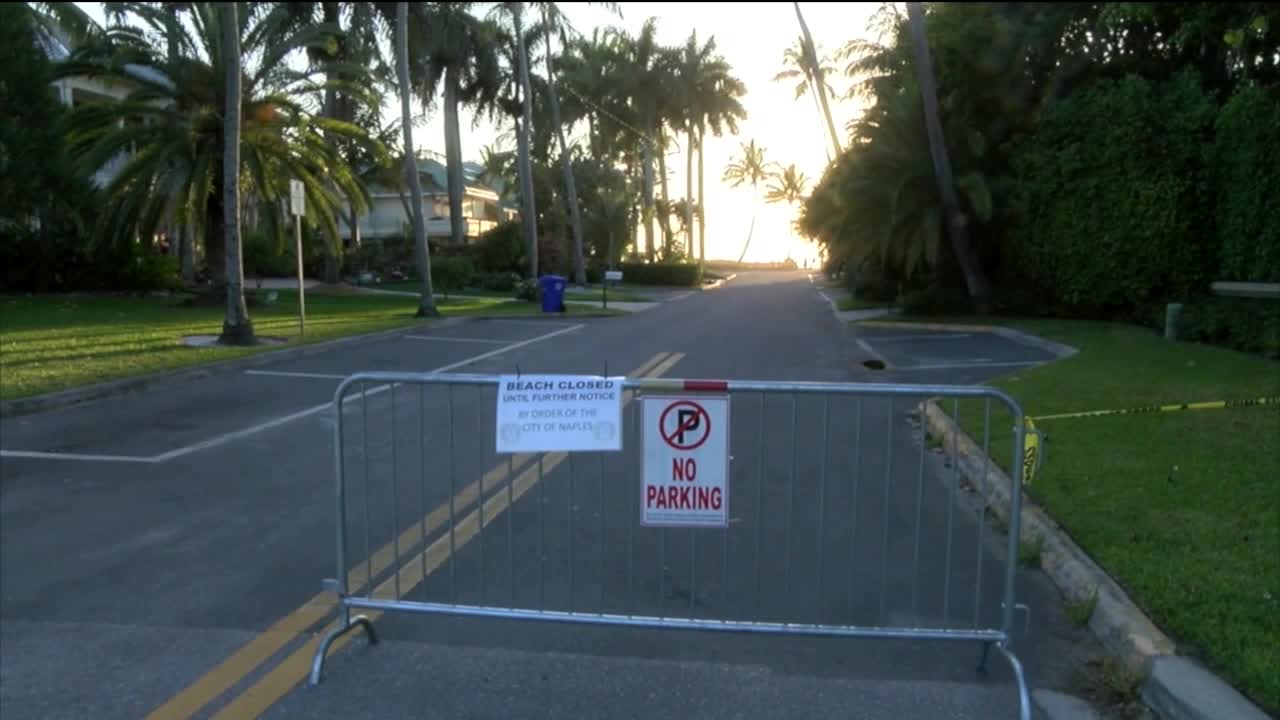 Collier County is taking matters into their own heavily enforcing restrictions to help prevent the spread of COVID 19.

COLLIER COUNTY, Fla. — The beaches of Collier County are still beautiful and still closed but they're still not completely clear of people.

Last night, we reported Naples Police were still telling people to get off the sand. Today, police posted on their Facebook page they had to tell a whopping 400 people to leave.

One local explains what it took to get the message to just one person.

To the south, Marco Island Town Hall has made it official with statement.

“If you are considering coming to Marco Island for vacation or recreation, we urge you to stay home. Under normal conditions, we would welcome visitors and part-time residents, but these are not normal conditions. During this COVID-19 pandemic, we are putting our residents’ health and safety first.”

Marco is hammering the message on its website, and getting some support from locals, despite the blow to the island's economy.

“I think it’s indicative of the move the city had to make. They reacted in such a fashion that I don’t believe they wanted to but they did the right thing”, said Marv Selge.

This couple enjoying some space in the park, suggest the town should've been more aggressive early on.

“It should have been done maybe a few says sooner, I felt that they should shut down both bridges coming onto the island”, said Frank DeAngelo.

They say the rush of tourists to Marco this time of year could've been spreading the virus without anyone knowing.

In the meantime, roads and beaches are getting quieter and quieter in Collier County, as the message of staying home and maintaining distancing sinks in.

“I think the sooner that people start following CDC guidelines, the sooner this will be over and we will be able to recover”, said DeAngelo.

Tomorrow Collier County Commissioners are holding an emergency meeting at 1pm, to decide if they should issue a county wide stay at home order. The meeting will be broadcast live with closed captioning on Collier Television channel 97/98 and via live streaming at colliercountyfl.gov/ctv [colliercountyfl.gov] and social media at facebook.com/colliergov.