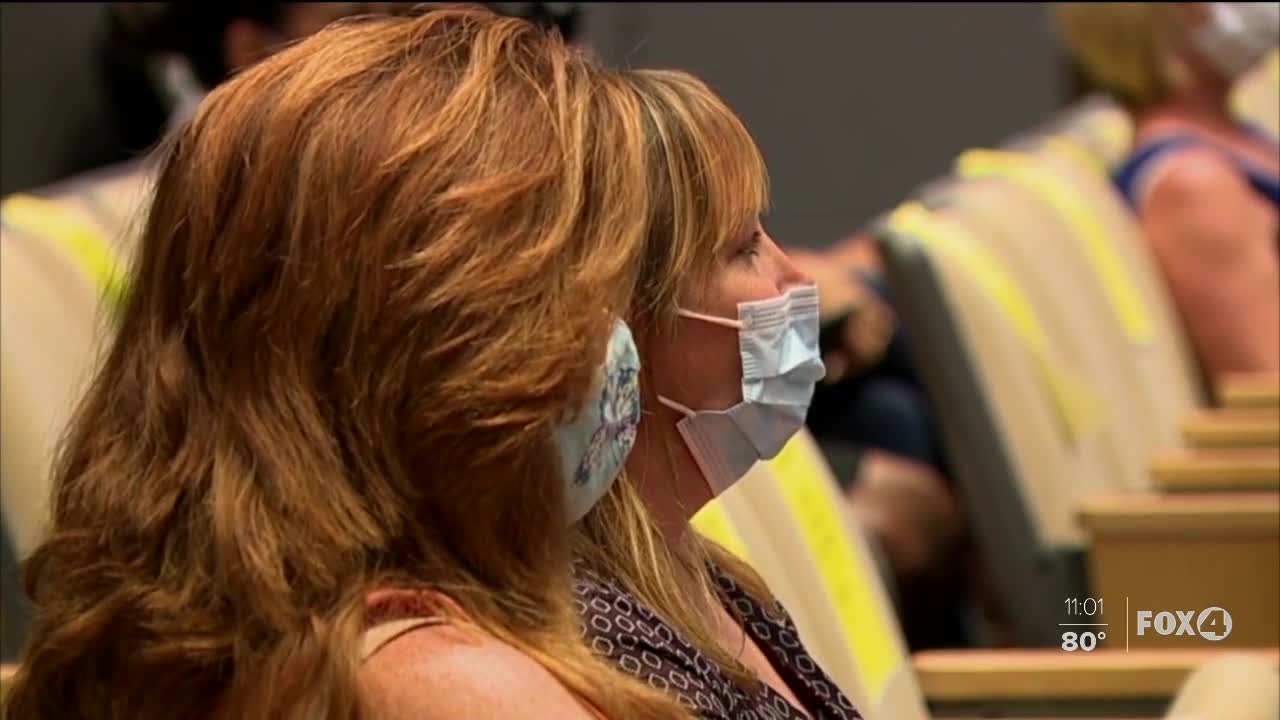 This comes as last week’s vote was delayed due to scheduling issues and fiery remarks from people against the idea.

Many say forcing people to wear masks would take away from American freedoms.

Before the start of the meeting, police say three people were arrested for causing a disturbance and disregarding officers’ orders.

“I am being arrested for refusing to wear a mask in America,”

Dozens came out to voice their opposition to the mask mandate.

The chamber was filled to capacity.

“We do have the personal responsibility and ability to make our own choices with the autonomy of our own bodies, ”said Christy McLaughlin.

The mandate would have required people to wear a face-covering when inside businesses and lodging establishments.

“When you step outside your door there are other people to think about besides yourself, ” said Toni Sullivan.

As cases of COVID-19 continue to rise in Florida, Mayor Coviello and many others are disappointed in the decision not to mandate masks.

‘If your inside or with lots of people congregating it makes sense to wear a mask then, ” said Christopher Nugent.

The Mayor says council members have failed to act proactively.

Father, Robert Miniaci is pleading the public to do their part in slowing the spread.

“Anything we can do to get the kids back to school and slow the spread I’m for it,” said Robert Miniaci.

Some council members suggested educating the public on the importance of wearing masks rather than mandating it.