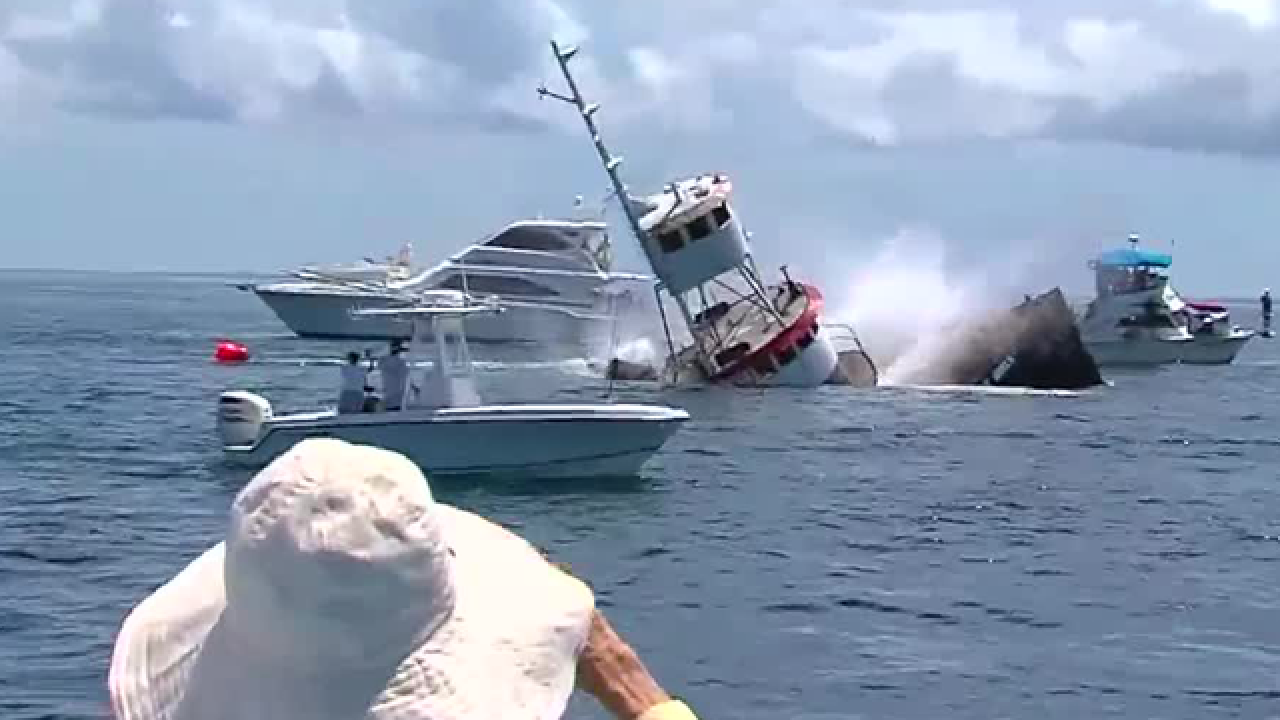 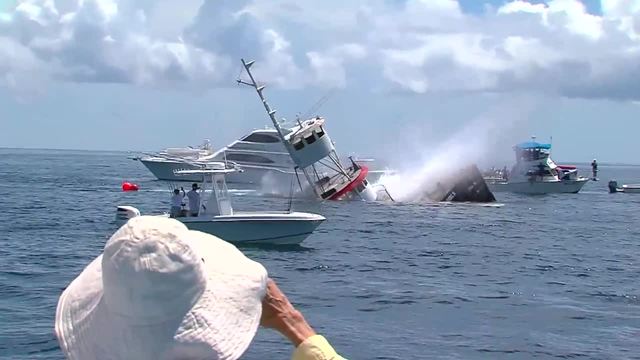 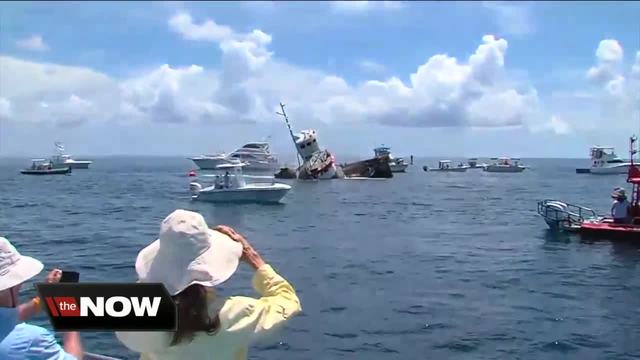 About a mile stretch of reef off the treasure coast has a new neighbor.

On Friday, a giant boat was sunk offshore to create new life in our precious ecosystem.

Crews with the Martin County Artificial Reef Fund (MCAC) took off from Stuart, sailing nine to ten miles offshore to their deep reef site 200 feet below the surface.

The tugboat they sank, known as the Penobscot, is their latest addition to more than a mile of reefs they've created.

It turned into a slow process for the 100-foot long tugboat, which spent most of its life pulling barges in New York.

“Often times there are explosives involved in sinkings like this," said Burke.

MCAC instead chose to scuttle the 60-foot tall boat -- or let it fill with water to allow it to sink naturally. The tugboat is so tall, more fish will be able to spot it down below.

“That is really what you wanna see on a deep water reef like this," said Burke.

The tugboat is now part of a mile stretch of artificial reef MCAC has been building for 16 years.

And with water issues along the Martin County coast, thousands of marine wildlife will have a new place to call home.

“The water quality inshore has been deteriorating. And out here the problem does not exist. It’s an opportunity for fish to habitat," said Burke.

Ted and Lynne Glasrud were the primary donors, for the project and named the reef the Brause Girls Reef for their three granddaughters Jessica, Madison, and Allison Brause.

A plaque honoring the late diver Kerry Dillon will be mounted on the lower bridge, according to the MCAC Reef Fund which is behind the project. It said Dillon played a role in the deployment of many artificial reefs along the Treasure Coast.