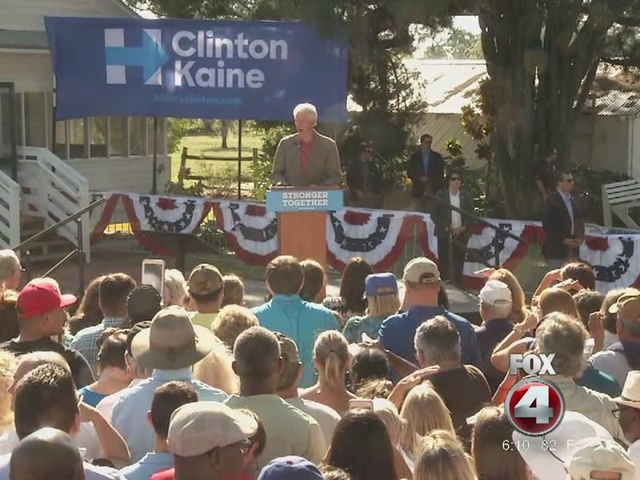 With exactly one week from Election Day, former president Bill Clinton stopped in Immokalee to campaign for his wife, Hillary Clinton. 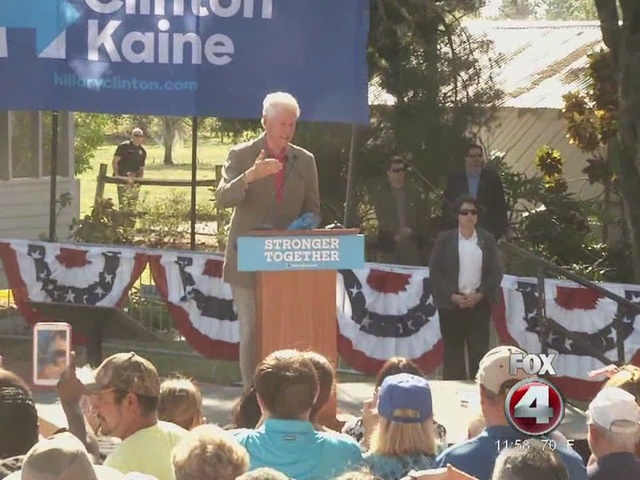 "If enough people who are for Hillary turn out, she'll win Florida and she will be the next president."

Lydia Redmond is among those who already cast her ballot for Hillary Clinton. She's not swayed by the news the FBI is reopening an email investigation into the candidate.

"I took the opportunity to early vote last week and even with that new news that came in, it was absolutely not a concern for us, after speaking with some of my colleagues I asked them if that would persuade their vote to go the other way and they said absolutely not."

Not everyone was convinced.  The former president was interrupted by a heckler a few minutes into his speech.

"Bill Clinton is a rapist!," was yelled before he was escorted away.

Clinton seemed unfazed by the interruption.

"They sometimes lose their way, they start calling us names that better apply to their candidate and their campaign" said Clinton, referring to GOP nominee Donald Trump.

"What are you asking!"

The woman was referring to Clinton's criticism of Obamacare, but he had a strong rebuttal.

Clinton admitted the law can be improved, and his wife has a plan to make the health care marketplace more competitive, driving down the cost of premiums.

Knowing he couldn't make everyone happy, the former president says Hillary will extend an olive branch to Trump supporters after she wins the White House.

"If you want to vote, you're mad, have at it.  But she's going to come back for you after this election because we want you and we need you to be part of America, because we are all stronger together!"

Former President Clinton also talked about what Hillary would do for college students and small business owners if elected, saying they'll be better off under her than Donald Trump.