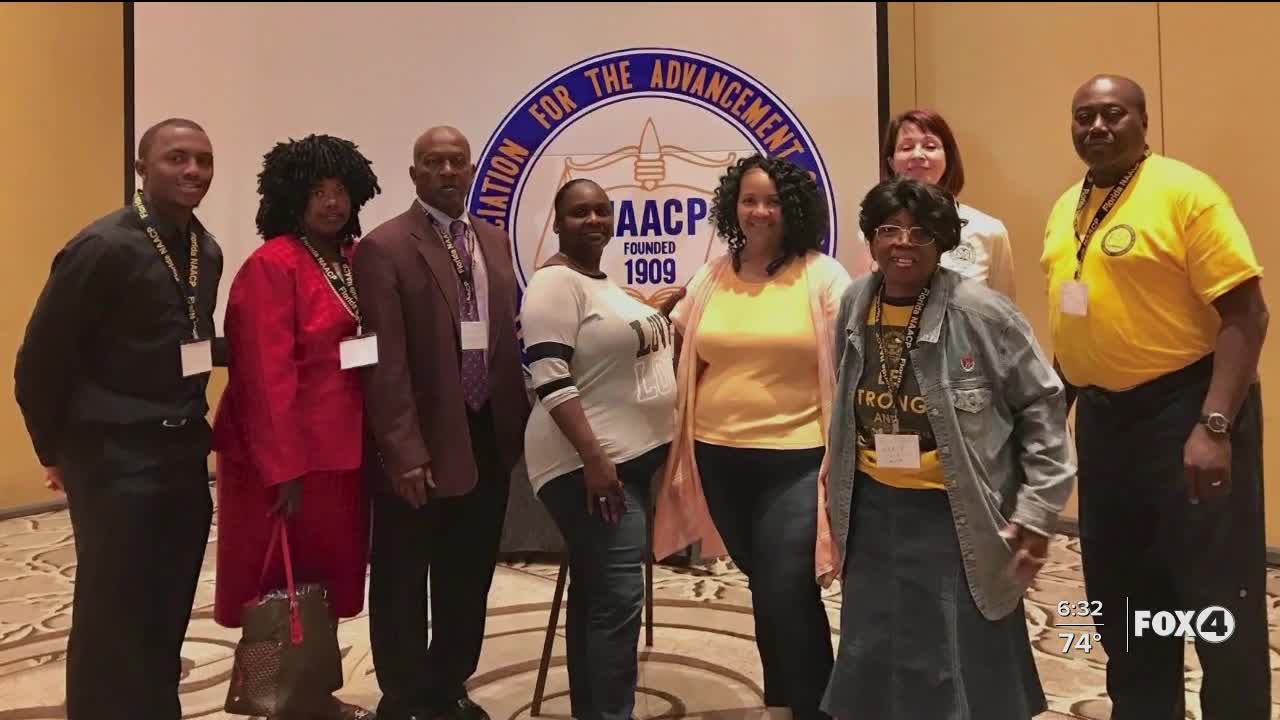 LEE COUNTY, Fla. — Calls for justice. Summer 2020 was filled with nationwide protests after the police killings of Breonna Taylor and George Floyd. The protests have died down, but NAACP President James Muwakkil says the conversation has not.

“Black people are talking about George Floyd, because we are George Floyd, and you still do have your knee on our neck,” he said.

He spent the summer meeting with local law enforcement agencies in light of the Floyd and Taylor cases. He’s running for re-election this Saturday. He says those meetings are still at the top of his agenda.

After taking office more than a decade ago, some say it may be time for a younger face to lead the organization. He says they need someone with experience to lead them.

“Young people have been very instrumental this past summer in bringing about and calling attention to the injustices of the fatal force of law enforcement that we’ve witnessed,” he said. “Keep that protest mindset, but also understand that you’ve got to come to the table.”

That table symbolizes those conversations he’s having with Southwest Floida police agencies and sheriff’s offices. He says he’s working towards policy changes like requiring local law enforcement to wear body cameras and accountability on a national level.

“Congress needs to pass the George Floyd Justice in Policing Act. Legislation that the NAACP has put forth,” He said.

Earl Sparrow is running against Muwakkil. His goals are aligned to protect black people, but also to change the mindset of Southwest Florida deputies and officers.

“Get rid of this mentality that ‘I’ve got to make it home.’ ‘Somebody making it home is going to be me.’ ‘Shoot first, and I know the police union got my back, so I’m good.’ We have to get rid of that mentality here,” he said.

If elected, he plans to prioritize engagement to bring in more members to the Lee County NAACP branch.

Muwakkil also pointed out the lack of black leadership in local law enforcement agencies. That’s something else he’ll be pushing for, if re-elected. He’s also pushing for additional seats on the Lee County Commissioner’s board. He says hopefully that could bring in the first black person on the board to properly represent overlooked areas like Lehigh Acres.