Tale of the Trash: Looking into Waste Pro's 2018 complaints 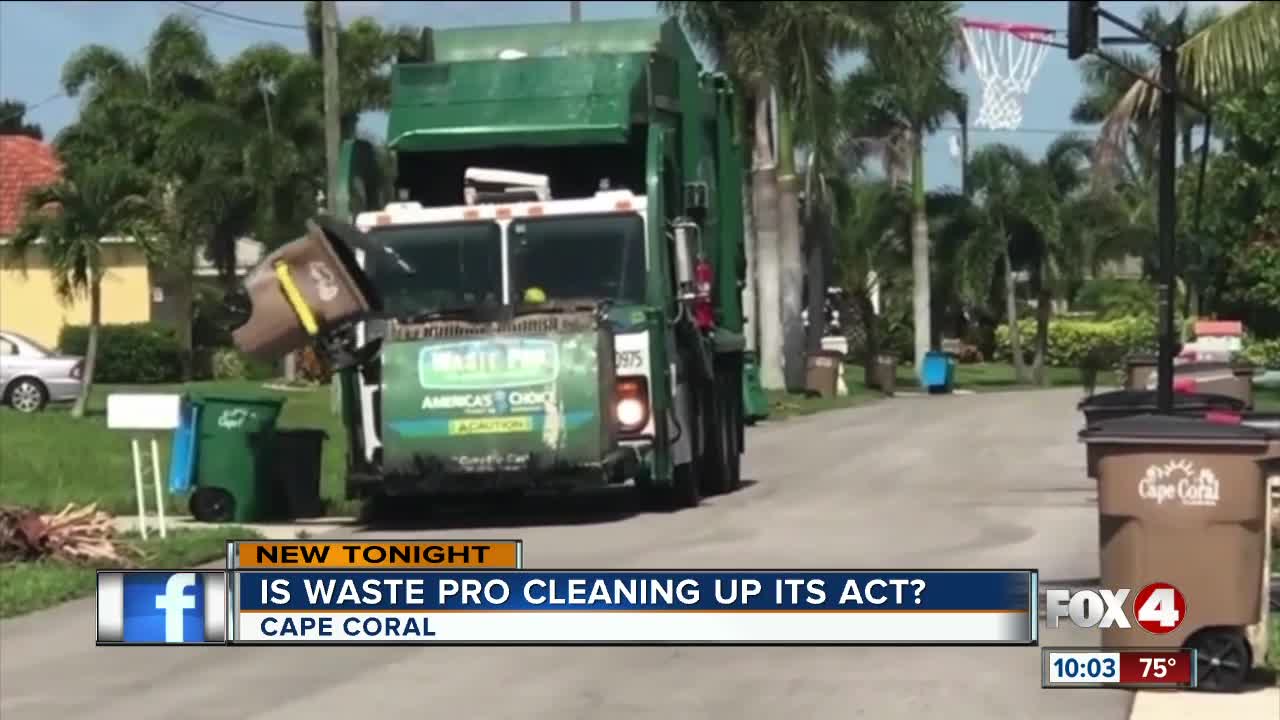 Tale of the trash: Looking into Waste Pro's History

LEE COUNTY, Fla. -- For months, you told Fox 4 you were tired of seeing your garbage pile up. Many people say they Waste Pro didn't pick up their trash for weeks at a time and now some of you see different problems with Waste Pro.

We went digging for answers that you wouldn't find in stacks of trash. And now the question is, Is Waste Pro off the hook?

Neighbors told Fox 4 another big complaint was the amount of complaints that went unanswered. You may remember, the city of Cape Coral gave Waste Pro 60 days to clean up their act last June. When Fox 4 sat down with the then spokesperson of Cape Coral, Connie Barron, she told us, "Waste Pro has heard the message, and now it’s time for them to step up, now it’s time for them to step and fix these problems."

So where do we stand now? The city of Cape Coral told us there were 311 complaints of Waste Pro not picking up trash from August 2018 to now; most of those complaints came in June 2018, where there were 203 complaints of missed pickups.

But that was last year, new year, with the hopes of having no issues. We asked dozens of people who live in Cape Coral, and the answer depended on who you asked.

"You can’t please everybody, but last year to this year, they definitely have improved," said Isaiah Bollman, who lives in Cape Coral.

But two people who live in Cape Coral, Theresa Pisaturo and Steve Heacock, say their trash pick up has been fine when it comes to Waste Pro picking up yard waste and bulk items. Both explain when it comes to recycling, that was a different story. "I chased the recycle truck down for him to pick it up," said Theresa Pisaturo."When you’re paying for it, you want to make sure it’s being picked up on the scheduled day."

"Every company that’s a service and paid for, by our tax dollars, you expect them to do their job," said Steve Heacock.

Maureen Buice with the city of Cape Coral tells Fox 4 there is some improvement. She says Waste Pro hired more drivers. and now, the city is getting fewer complaints. in October 2018. there were 81 missed pickups, just 17 in November, then 46 in December.

"That’s the kind of response you want - ok if we’re not providing the service and it’s because you don’t have the personnel, well you need to get the personnel," said Heacock.

We have reached out to Waste Pro for comment on this story, but we have not heard back from them if you see a decline in your trash pickup, let us know, we’ll be sure to stay in your corner.